The Harry Potter: Film Vault series takes readers into the magical world of “filmmaking secrets and visual artistry” seen in the Potter films. The first installment, Harry Potter: Film Vault: Volume 1: Forest, Lake, and Sky Creatures, gives fans a behind-the-scenes look at the development of the magical creatures in the series through concept art and photography from the series productions. 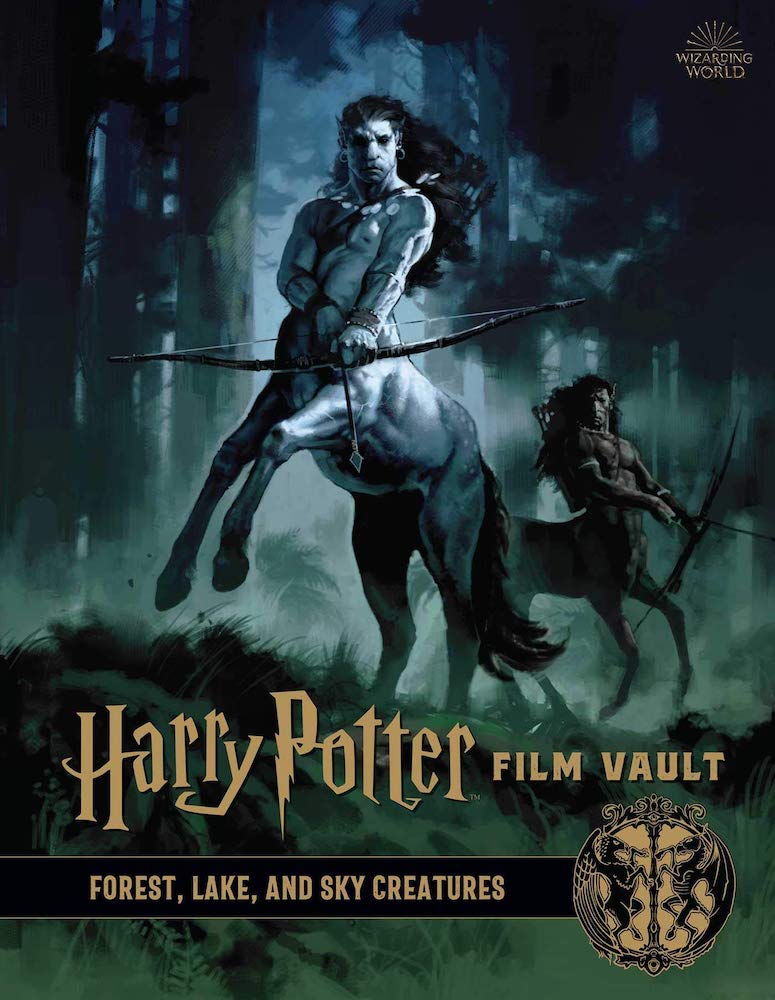 The first volume in the collection focuses on some of the magical creatures seen on-screen. 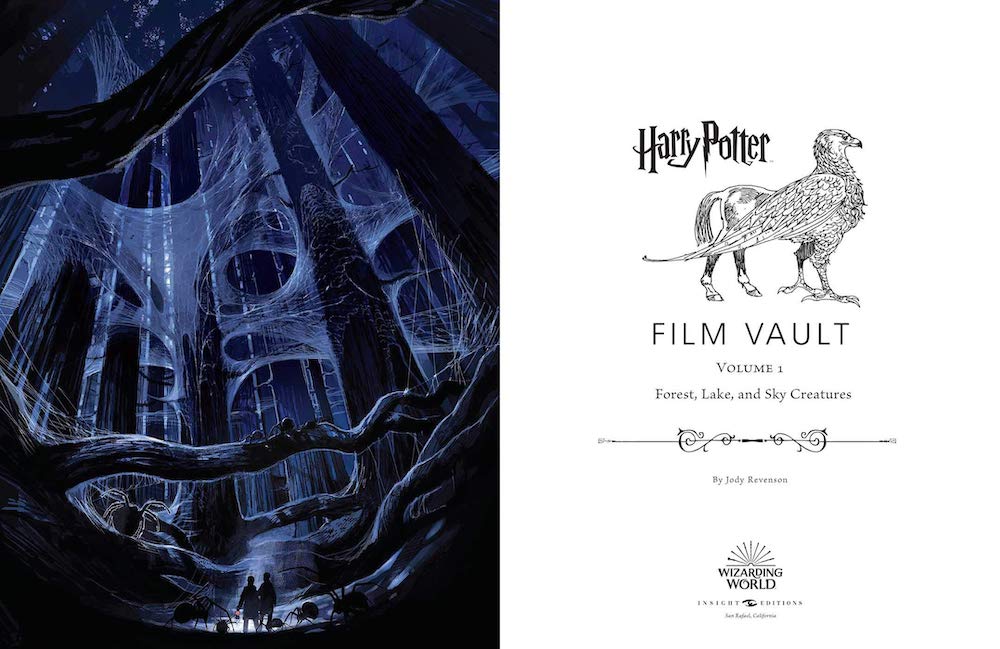 This volume offers readers a look at the development of magical creatures throughout the series. 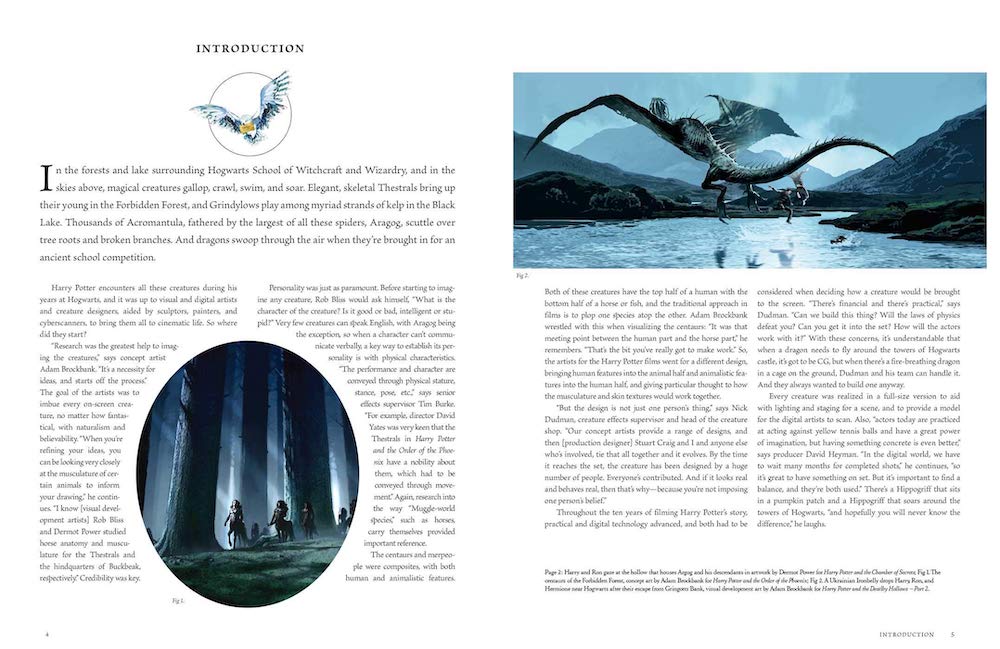 The first volume introduces readers to the magic behind the creation of creatures such as dragons and centaurs. 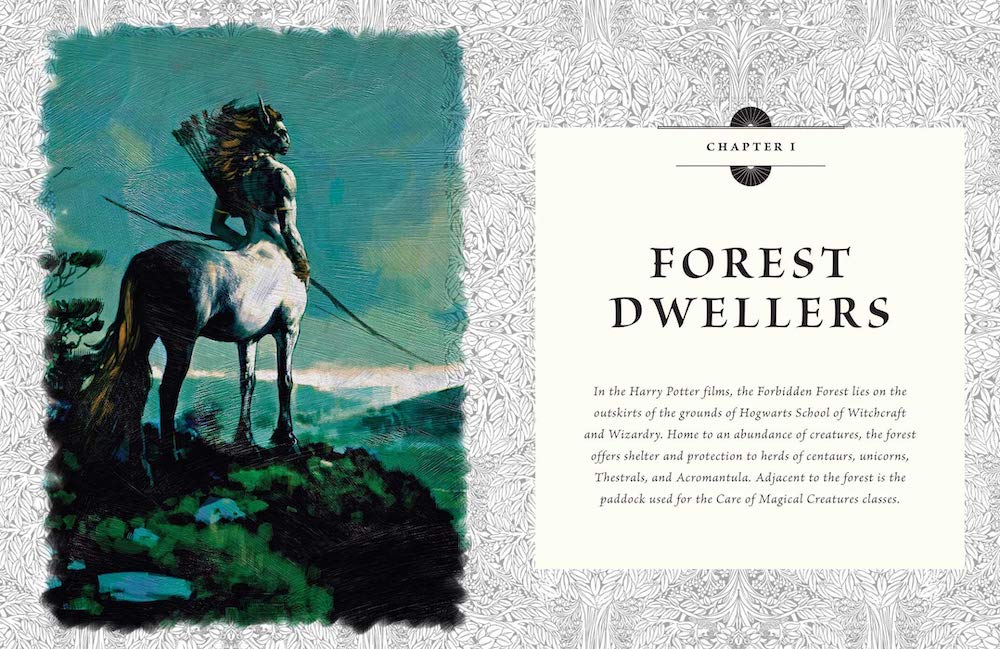 The volume divides creatures by where they are most likely to be found, whether that be in the forest, in the sky, or in the Black Lake. 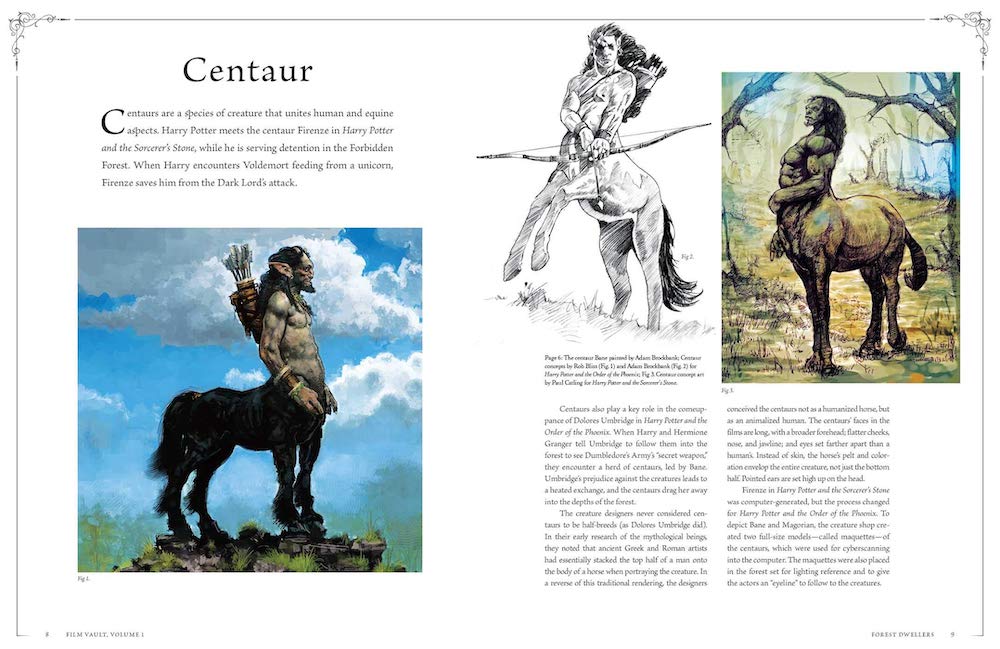 The volume contains concept art and sketches of magical creatures. 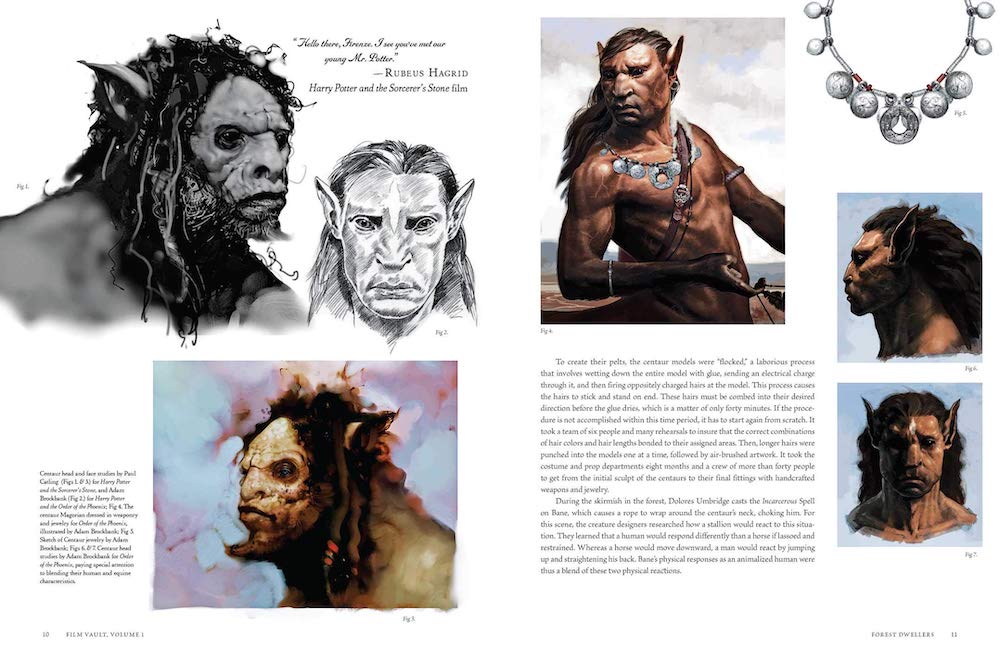 Volume 1 features concept art for the centaurs in the Forbidden Forest.

The second volume, Harry Potter: Film Vault: Volume 2: Diagon Alley, the Hogwarts Express, and the Ministry, focuses on locations in the series. Using sketches, paintings, and on-set photography, this volume details the development of the now infamous locations in the wizarding world. 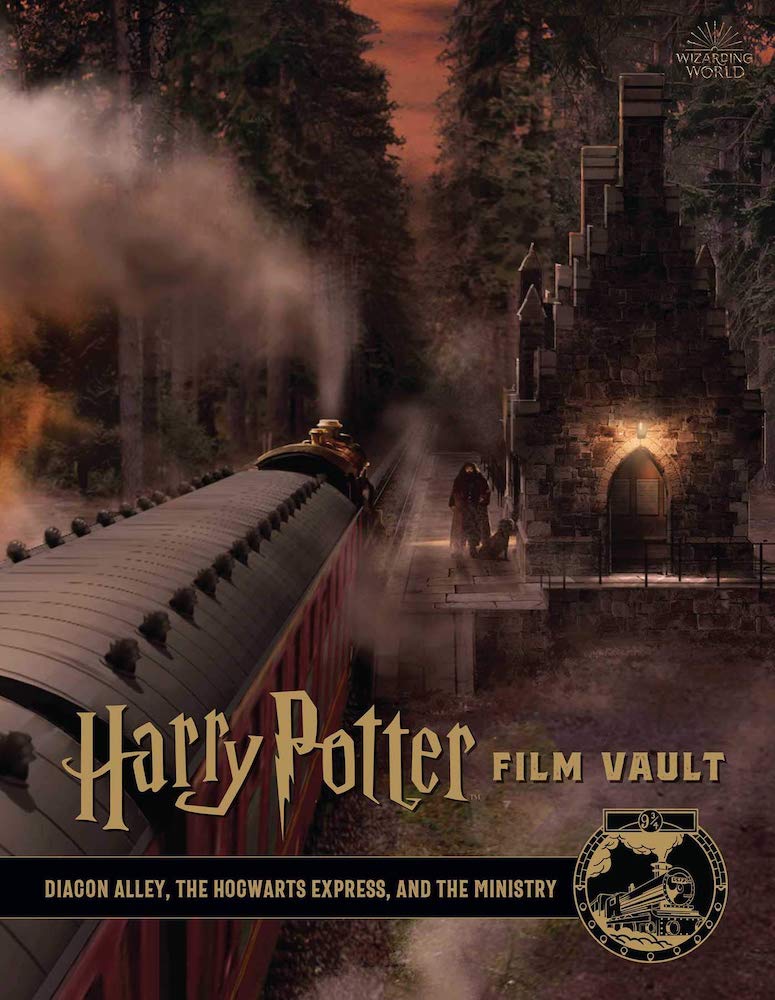 The second volume in the collection is all about locations in the wizarding world. 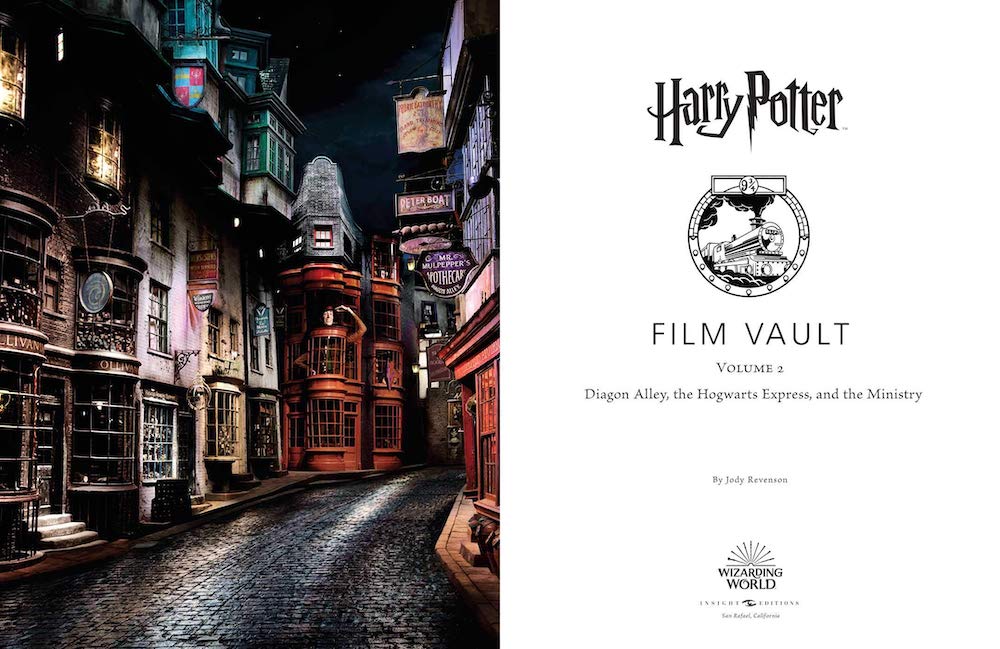 A number of pages are dedicated to well-known locations in Diagon Alley. 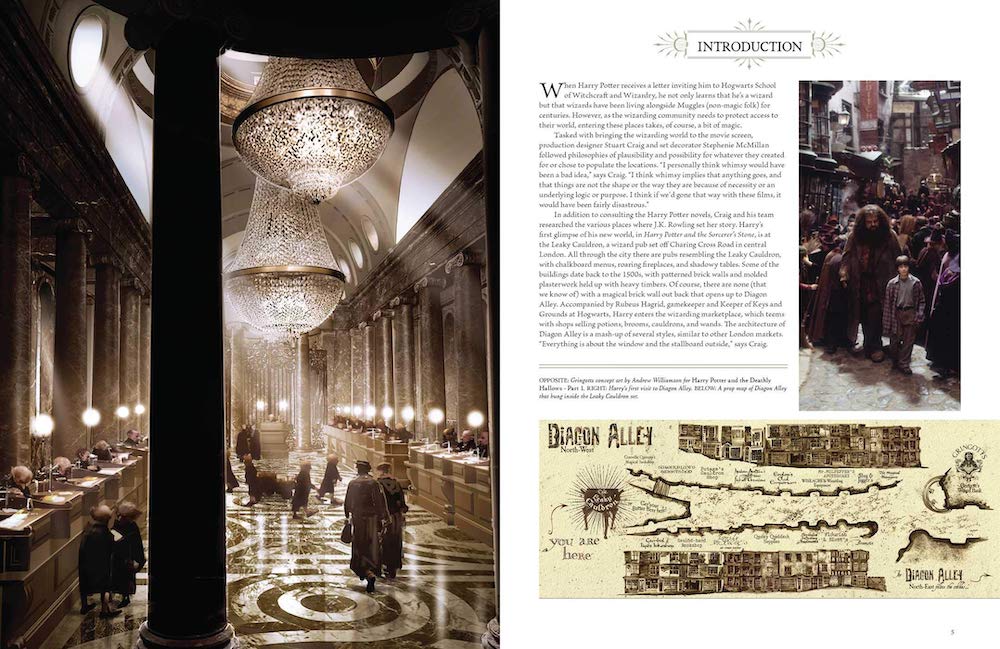 The impressive concept art for the Gringotts set can be compared to photographs in the book to see which details made it to the big screen. 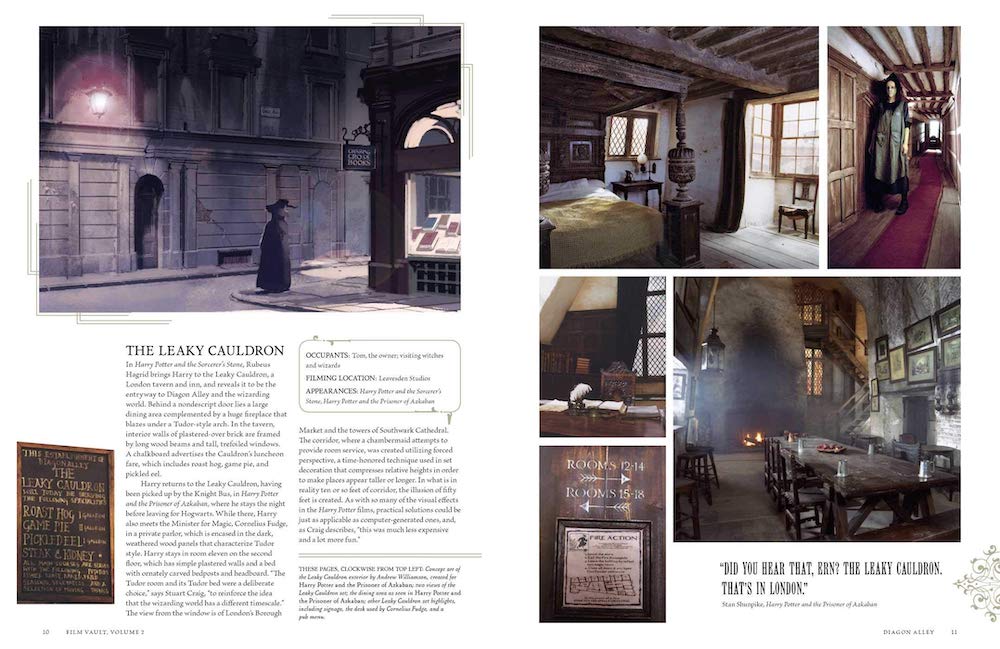 A movie-magic secret of forced perspective can be seen on the pages about the Leaky Cauldron. 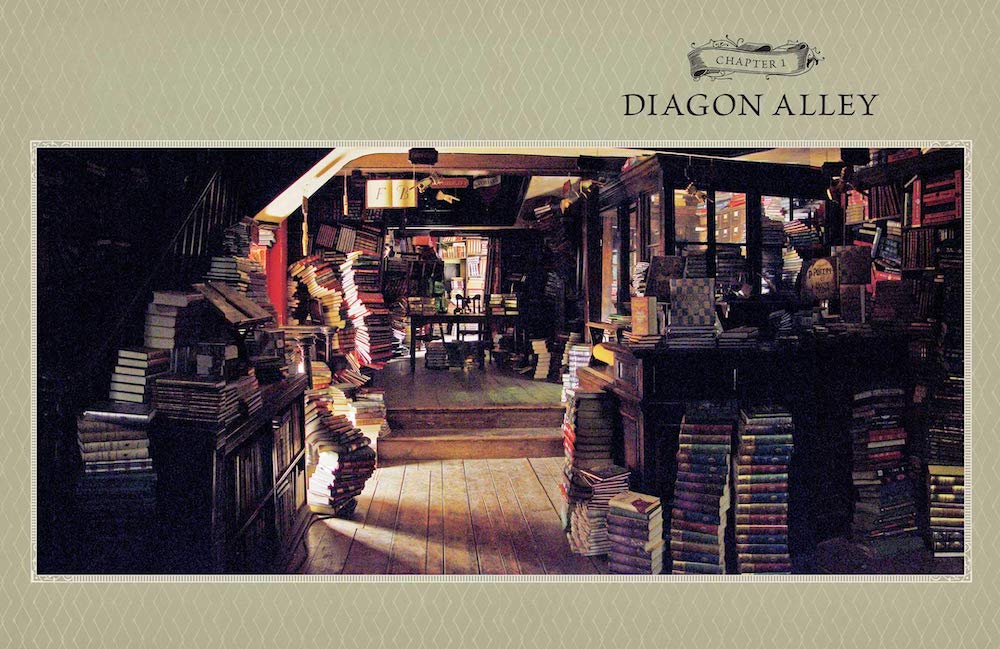 The concept art for Flourish and Blotts shows the winding staircase seen in “Harry Potter and the Chamber of Secrets”. 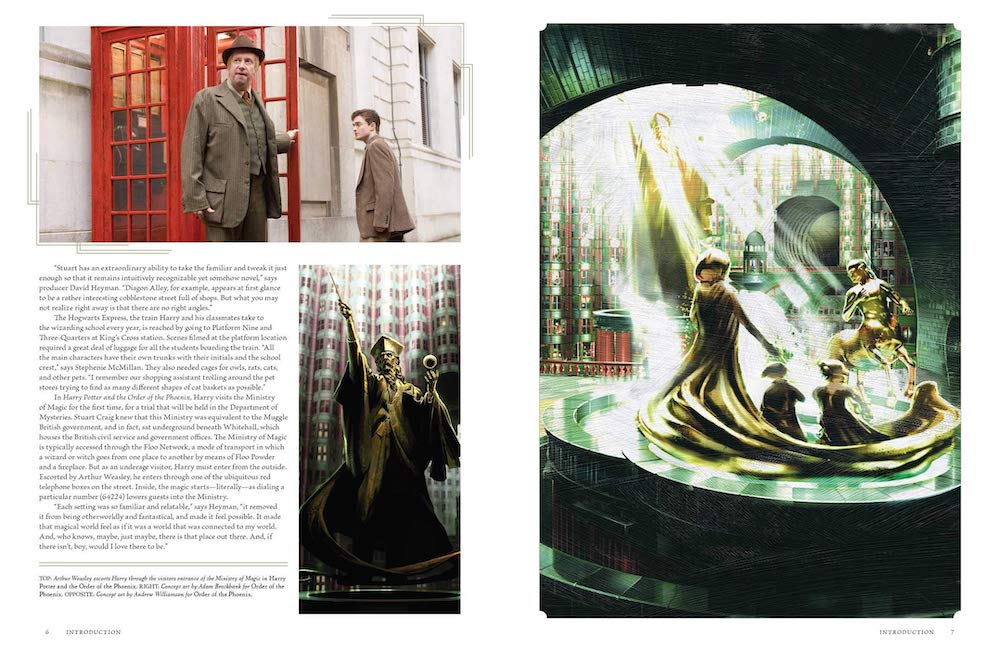 Harry’s first trip to the Ministry of Magic is explored in the second volume.

Both Volume 1 and Volume 2 are available to purchase now for a recommended retail price of $16.99. Once fans have added these to their collections, there is not long to wait until the release of the next two books in the series. 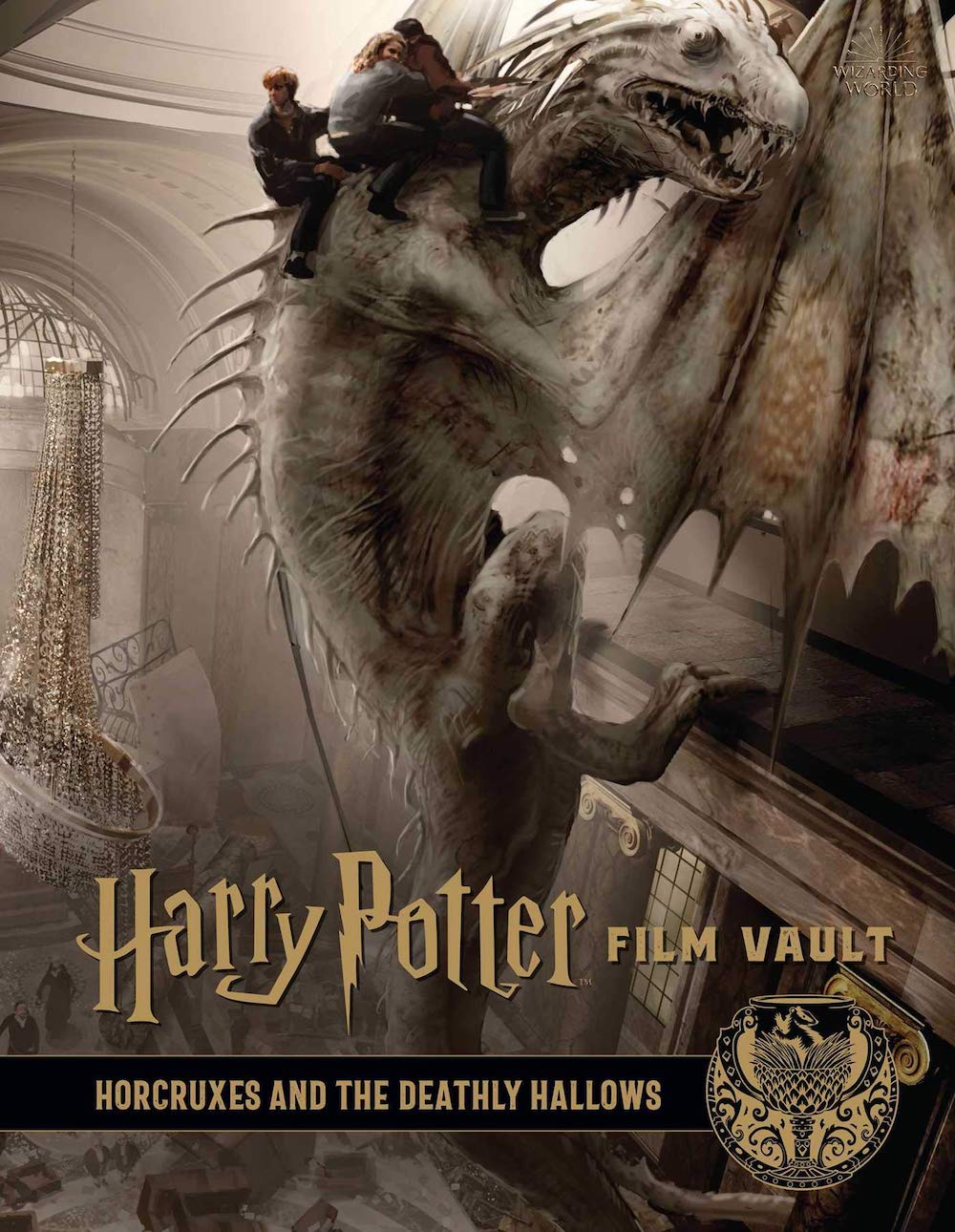 The third book in the collection shines a light on the darker elements of magic, Hocruxes and Deathly Hallows. 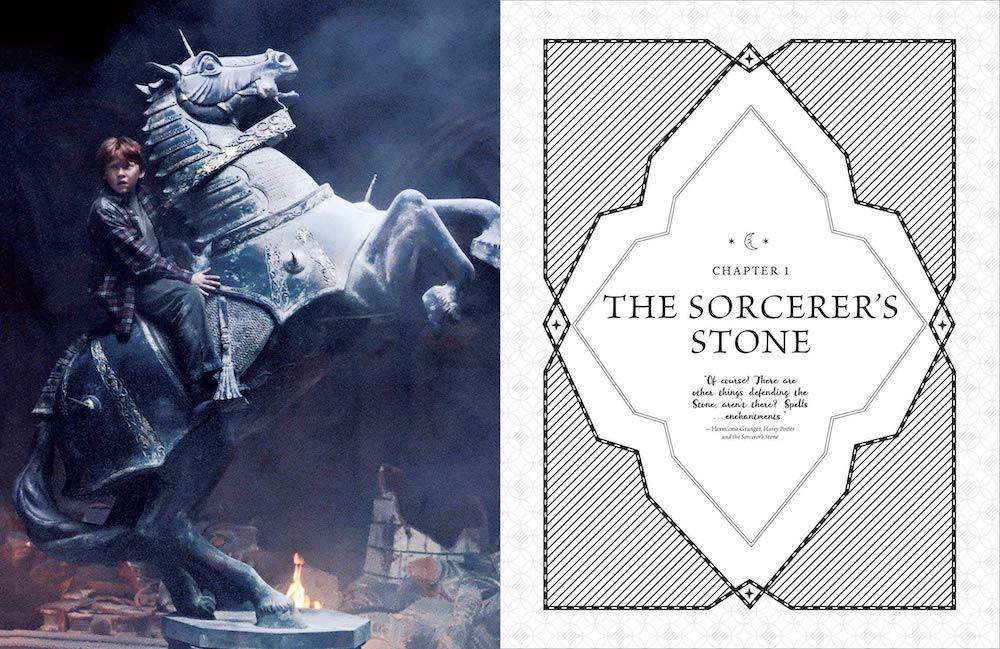 The pivotal moment of the first “Potter” film is explored in this volume. 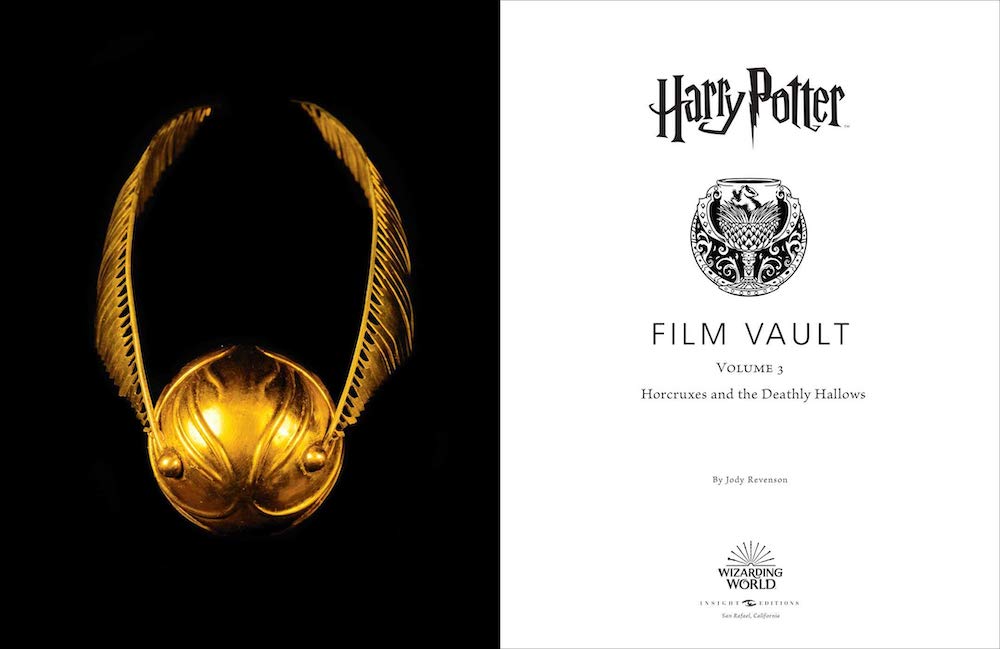 The third volume is available to preorder now and will be released on October 8. 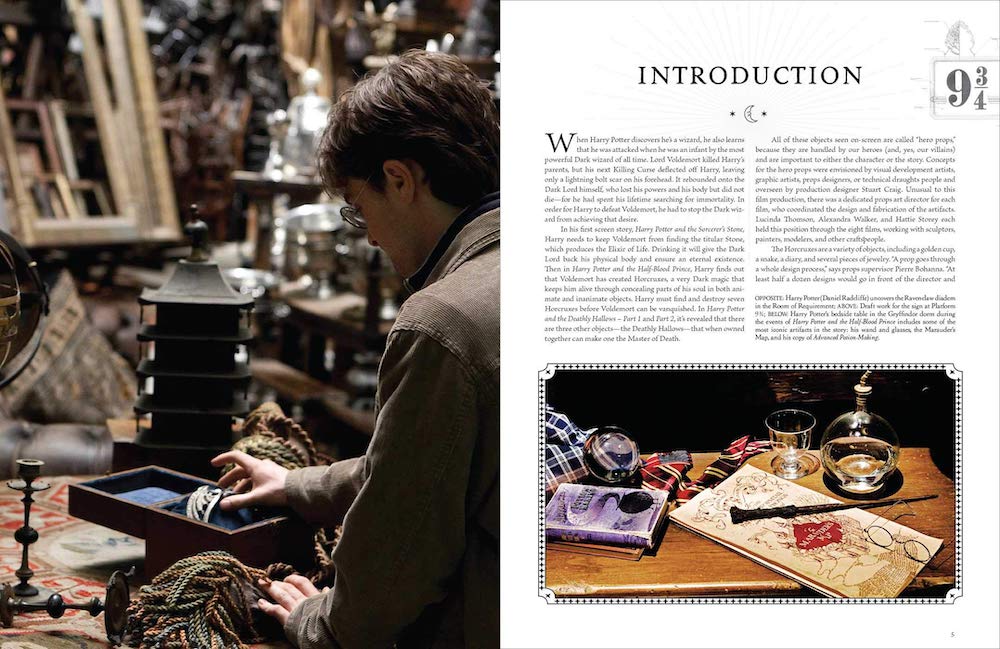 From the Sorcerer’s Stone to Horcruxes, this volume details the development of the props that were often involved in the darker moments of the movies. 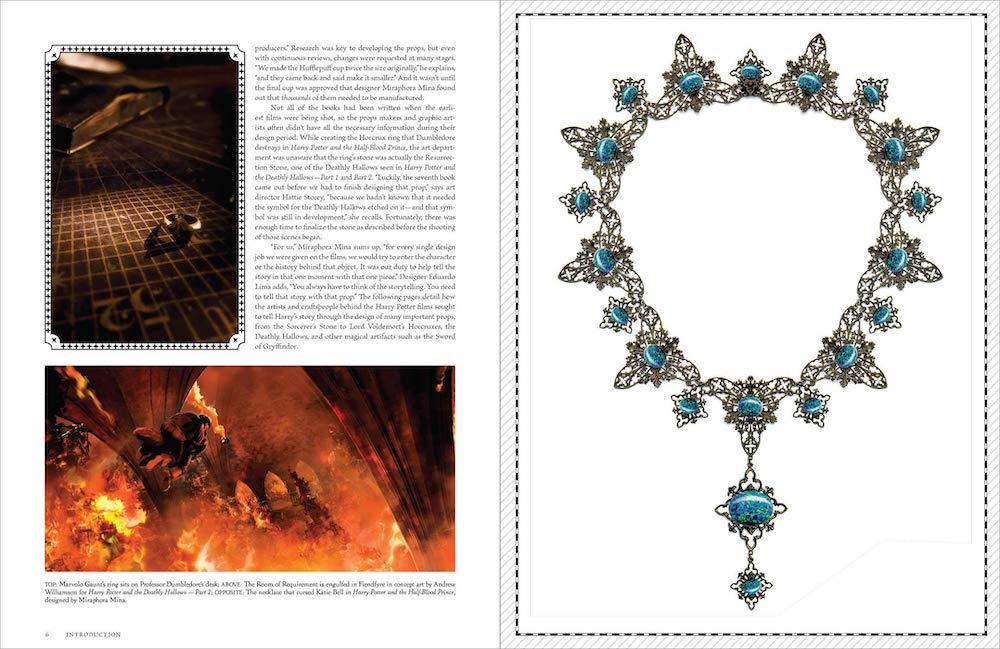 Scenes from “Harry Potter and the Deathly Hallows” are abundant in this volume. 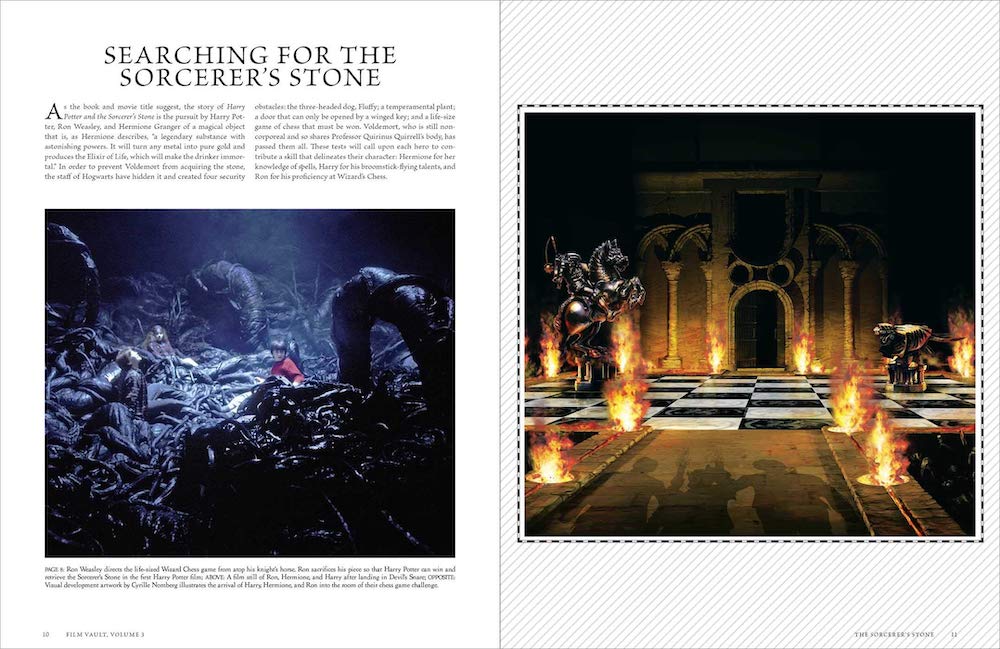 Each challenge the trio faces on the way to saving the Sorcerer’s Stone is shown through concept art and photography.

These volumes also contain sketches, concept art, and photography to take fans on the behind-the-scenes journey of the movie magic. Additionally, each of the 12 volumes also contains a collectible art print, and when placed on a shelf together, the spines form a Hogwarts crest. 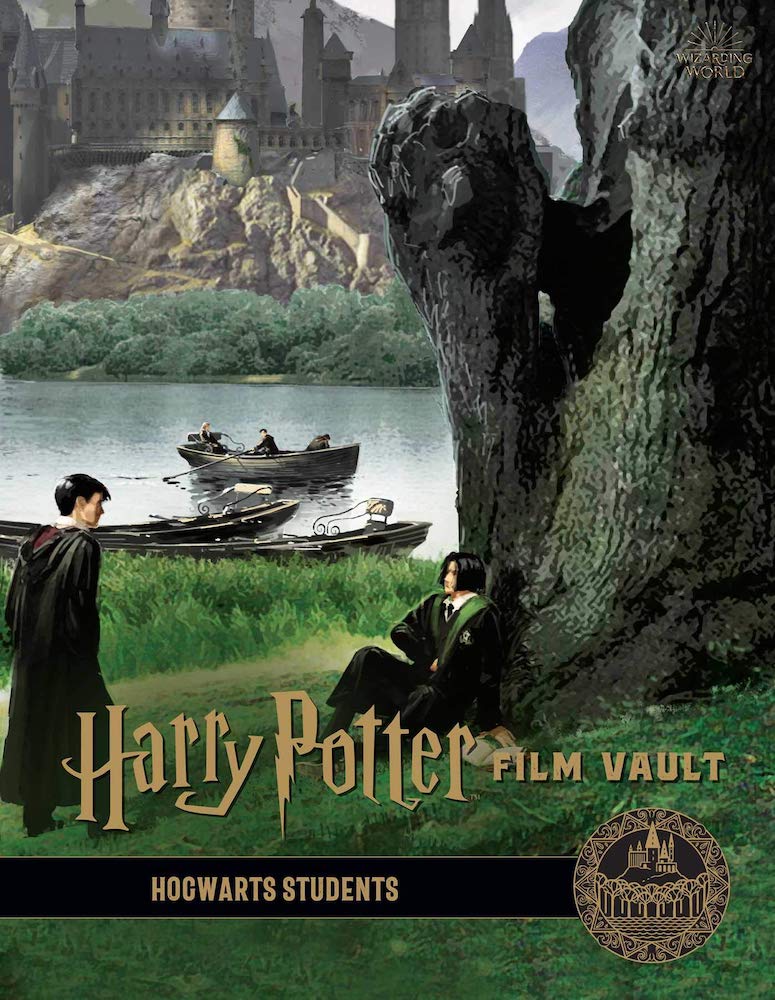 Currently available for preorder, the fourth volume is all about Hogwarts students. 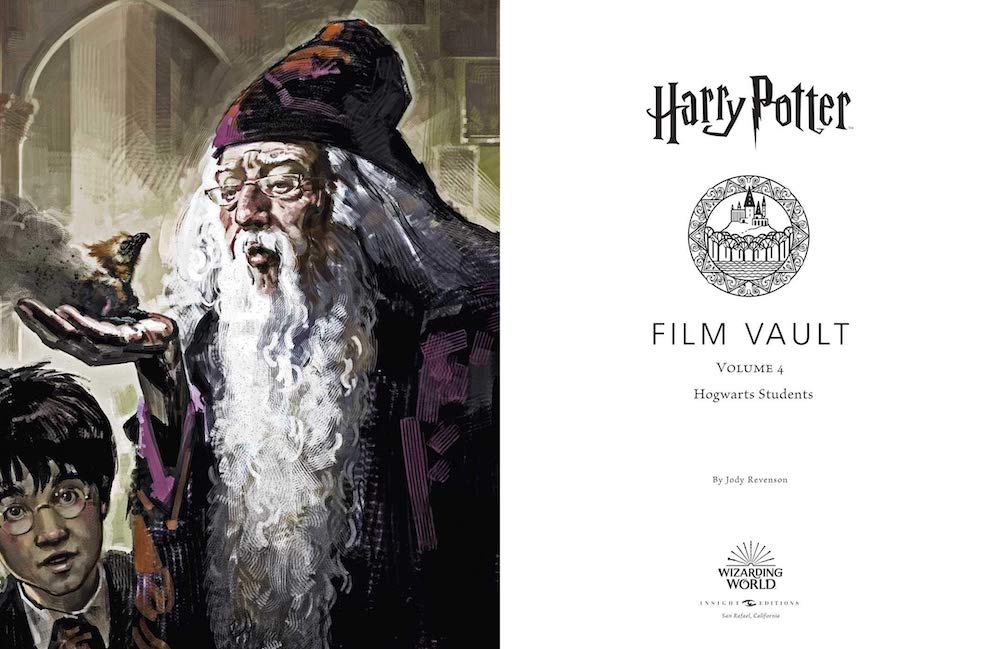 Focusing on the students in the film series, this volume includes concept art and a lot of behind-the-scenes photographs. 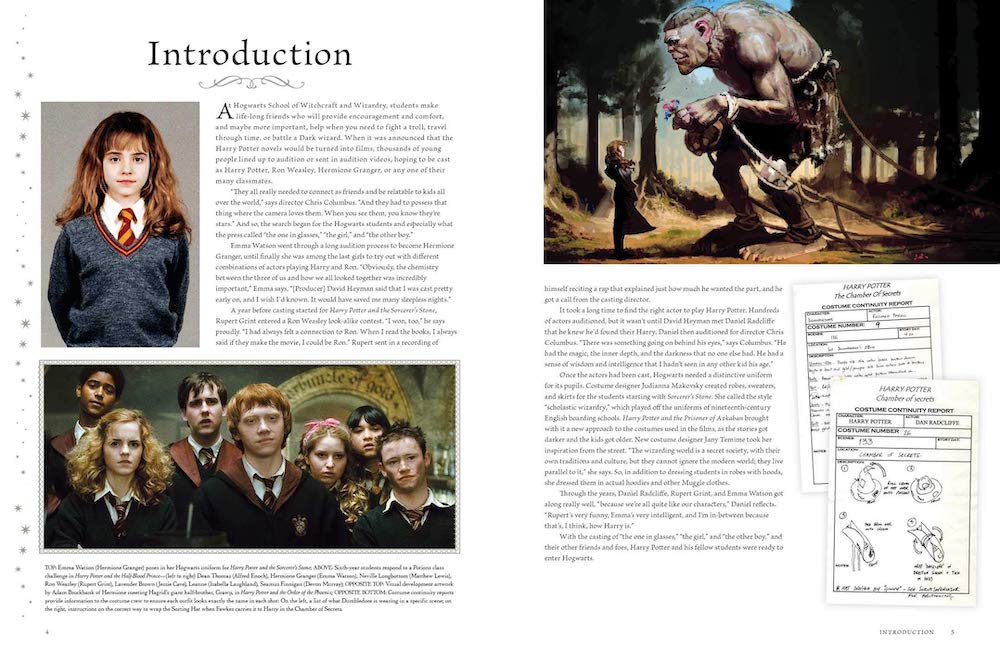 An interesting feature of this volume is the inclusion of continuity photos, which helped make sure the actors looked the same in each take of a scene. 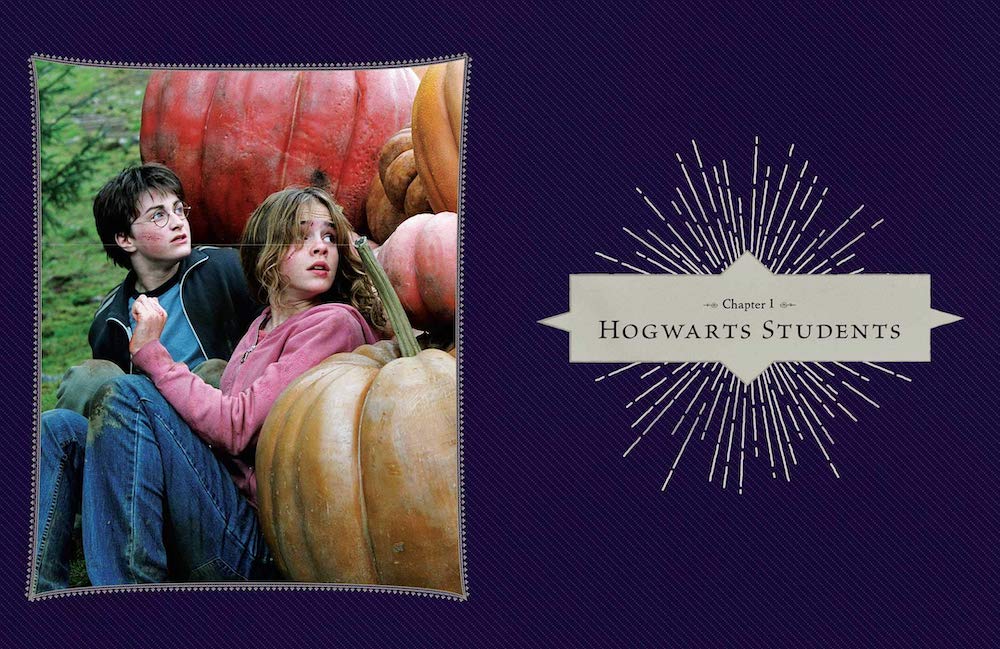 In addition to costume design, this volume will take a look at character development across the “Potter” films. 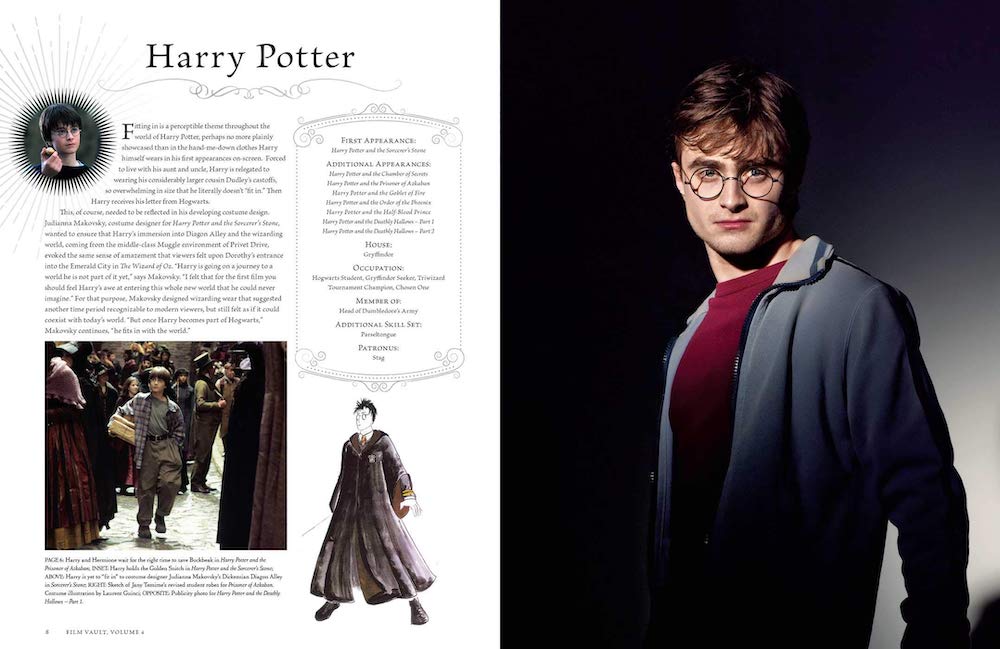 In addition to the characters themselves, this volume includes information about the costume design for each character. 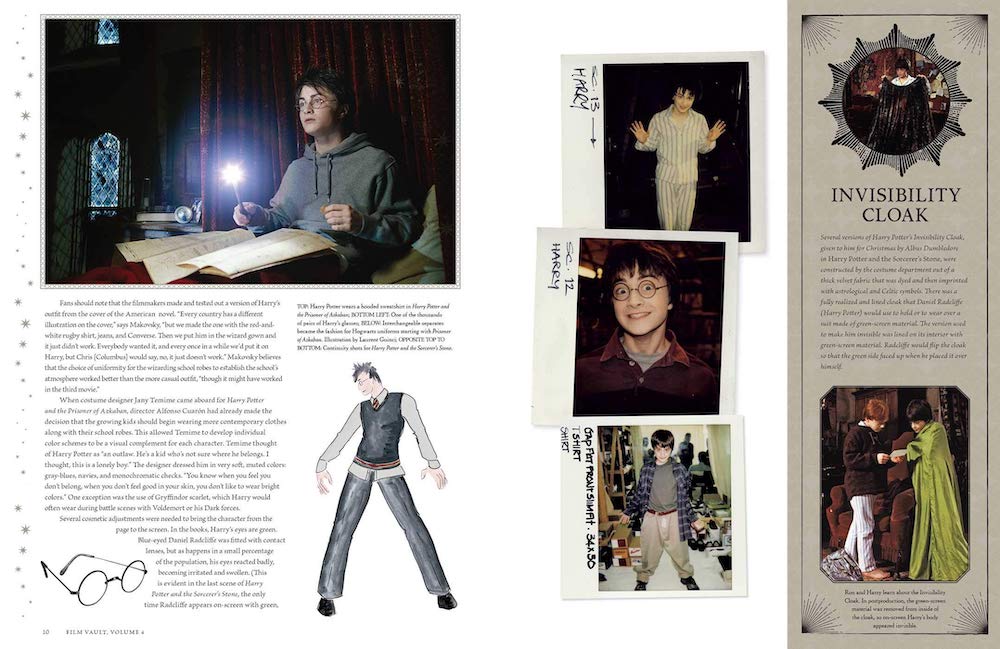 On this page spread, Daniel Radcliffe can be seen pulling funny faces in his continuity photos.

There is currently no news about the release dates of the other eight books in the series, or indeed which parts of the film process they will focus on. Until this is revealed, we will keep our fingers crossed for a behind-the-scenes look at the costumes in the series, as well as a volume all about the Hogwarts professors!

Will you be collecting Insight Editions’ Harry Potter: Film Vault collection? Which parts of the movie-making process would you like to get a behind-the-scenes look at?