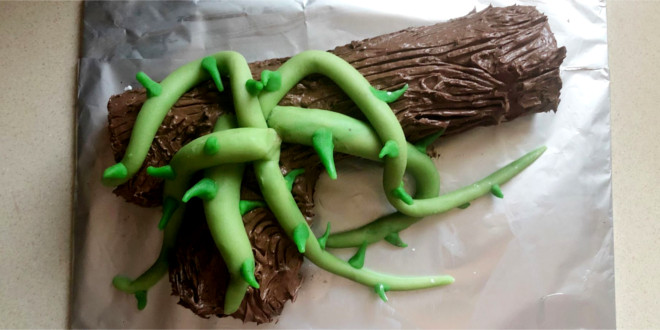 Remember in Harry’s sixth year when the trio had to extract pods from this very plant? We promise this one isn’t as dangerous (and it tastes much better). 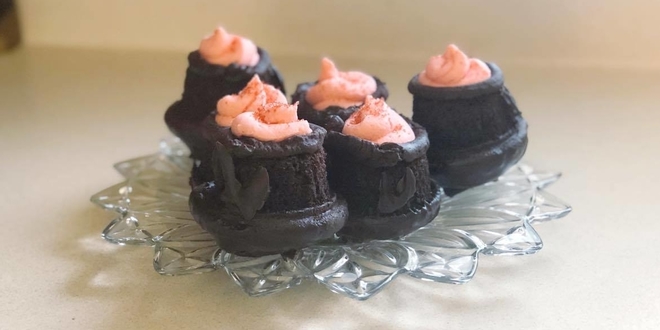 Learn to make your very own love potion-filled cauldron cakes this Valentine’s Day.

We’re not sure that the cake Hagrid made for Harry was funfetti, but we also have no evidence to the contrary.

Made with a cream filling and vanilla buttercream topping, these fun treats are a delicious way to sort guests into Hogwarts Houses on the fly.

Inspired by the staggering and mammoth Christmas trees that lined the Great Hall in “Sorcerer’s Stone”, these visual appealing cupcakes are a lovely addition to your holiday party.

Sierra decided to try her hand at creating this Honeydukes featured candy after finding no real-life models that matched the description in the novels.

This recipe was inspired by Harry Potter and a love for chocolate-dipped pretzels.

In the books, Mrs. Weasley bakes Harry a similar cake for his 17th birthday, but this gluten-free version by Melinda would certainly be a great treat for any occasion.