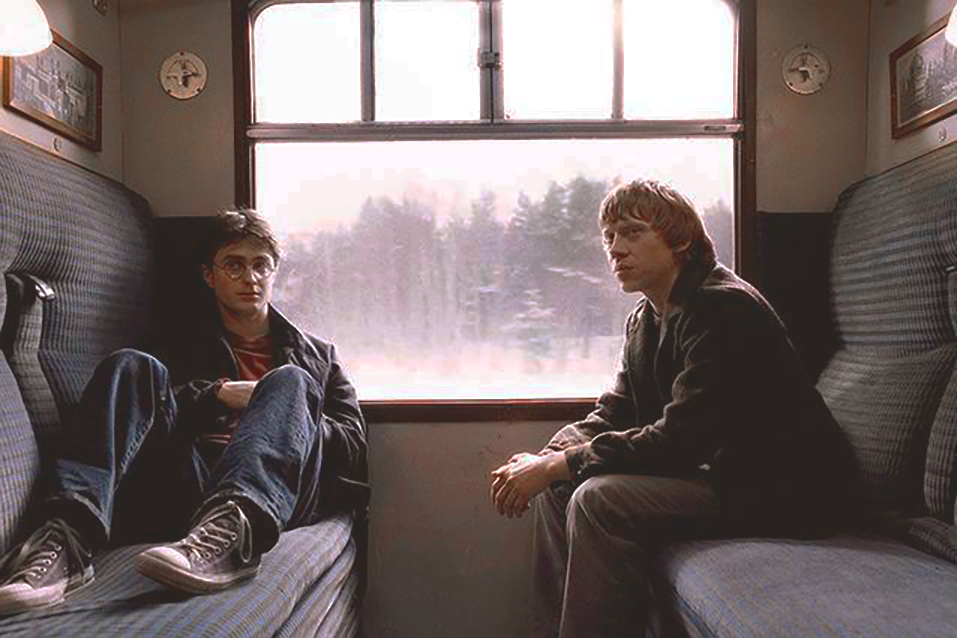 Ron: “Harry… this is where we first met.”
Harry: (Kisses Ron on the forehead as Titanic music plays.)
—Sam

When the Trolley Lady is very late, and you’re getting ‘hangry‘.
—Friend of Fawkes

Harry: “They call this ride the Wizarding World Hogwarts Express? That doesn’t sound like Hermione’s voice at all.”
—Ramesh

Ron: “No need to worry, mate. We’re heading to Hogwarts, the safest place in the world!”
Harry: “Um, Ron, do you remember the past few years? Like, AT ALL?”
—Sam

Ron: “Did Lavender just write the entire Twilight Series on the glass?”
—Emma

Ron: “Does Lavender know she’s only a B-Character and can’t end up with me?”
—Josh

Harry: “Hey, why is there so much more snow at Hogwarts than usual?”
Ron: “Oh, that reminds me. I heard the new Defense Against the Dark Arts teacher will be someone named Queen Elsa of Arendelle.”
—Sam

Harry: “Is that the trolley lady?”
Ron: “Since when does she have claws?”
—Tito

Ron: “Have you seen today’s Prophet? They’re saying some Death Eaters are causing trouble with a Muggle boat, of all things. Where is the Suez Canal, anyway?”
—Neil