MuggleNet was founded on October 1, 1999, by Emerson Spartz, a 12-year-old homeschooled student from La Porte, Indiana. Spartz’s studious nature and his passion for Harry Potter would pay off, for within a year of its founding, MuggleNet became very popular. Since then, the site has benefitted from hundreds of contributors and continues to reach an audience of millions each year. 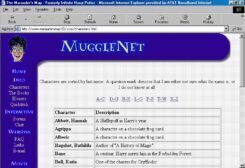 MuggleNet distinguished itself early on by its unique and comprehensive content. The site featured discussion forums, editorials, and reference sections such as “Name Origins.” It even launched an interactive flash site called MuggleNet Interactive, which further immersed fans into Harry’s world by incorporating role-playing games. Along with reporting the latest news regarding both the books and the films, MuggleNet also created a fan fiction website, a weekly caption contest, and a recipe section. 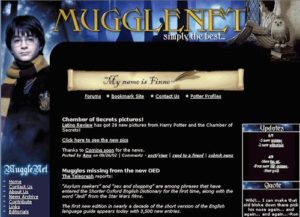 On May 15, 2004, Harry Potter author J.K. Rowling bestowed upon the website her highest honor, the Fan Site Award. J.K. Rowling wrote about MuggleNet’s look and content when she presented the award:

It’s high time I paid homage to the mighty MuggleNet… Where to start? I love the design, …the polls, …the pretty-much exhaustive information… the wonderful editorials…. 110 Ways to Annoy Voldemort, (made me laugh out loud)…pretty much everything… I salute you.

Ahead of the July 2005 release of Harry Potter and the Half-Blood Prince, MuggleNet experienced an even greater increase in visitors. On the night of the 16th, MuggleNet teamed up with fellow fansite HPANA and Wizarding World Press to produce Spellbound, an evening of magic at Randhurst Mall in Mt. Prospect, Illinois, which was attended by over 10,000 fans. Earlier that month Emerson Spartz and the Leaky Cauldron’s Melissa Anelli had interviewed the author at her home in Edinburgh, Scotland.

One month later, MuggleNet launched the world’s first Harry Potter podcast, MuggleCast. Within months, the unique chemistry between MuggleCast‘s panel of hosts and their audience proved to be something special. With the film release of Harry Potter and the Goblet of Fire on November 12, the site teamed up with fellow Potter fansite the Leaky Cauldron (and its podcast, PotterCast) to hold the first Harry Potter podcast episode recorded live, dubbed “LeakyMug,” at the Barnes & Noble in Union Square, New York City.

Following the announcement in February 2006 that Evanna Lynch would play Luna Lovegood, the actress credited MuggleNet in an interview as being the source of how she discovered the casting call. 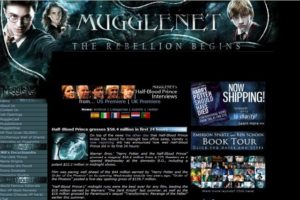 In November 2006, MuggleNet published a theory book titled What Will Happen in Harry Potter 7: Who Lives, Who Dies, Who Falls in Love, and How Will the Adventure Finally End. The book sold over 335,000 copies prior to the release of the seventh Harry Potter book and spent six months on the New York Times Children’s Best Seller list.

The future of Harry was uncertain to all, but staffers vowed to persevere. Passion for Harry proved not to dwindle, and just one year later, Harry Potter: The Exhibition and the Wizarding World of Harry Potter – Hogsmeade at Universal Orlando Resort’s Islands of Adventure were announced, followed by the surprise release of The Tales of Beedle the Bard. MuggleSpace, a social network MuggleNet launched in late 2008, was designed to bring fans closer together through blogs, comments, groups, and the ability to private or group message fellow members.

2009 saw the release of two more MuggleNet books. The first, released in March, is a guide to creative writing by the MuggleNet Fan Fiction team titled Sharpen Your Quill. The second, released in June, is MuggleNet.com’s Harry Potter Should Have Died: Controversial Views from the #1 Fan Site, another New York Times #1 best seller. The MuggleNet Fan Fiction’s AudioFictions podcast also began in 2009, delivering readings of fan fiction in audio format to listeners worldwide until its final episode at the end of 2014.

In 2010, MuggleNet Fan Fiction followed up Sharpen Your Quill with a collection of short stories and poems titled Through the Keyhole. Written to raise money for the charity Room to Read, all proceeds go to aiding the education of children around the world. 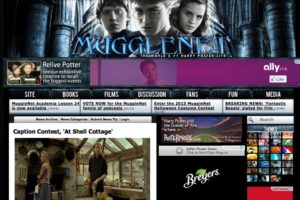 Through MuggleNet’s annual 25 Days of Giveaways event, originally launched as the MuggleNet Advent Calendar, the site has given away prizes to readers around the globe during the first 25 days of December every year since 2011. 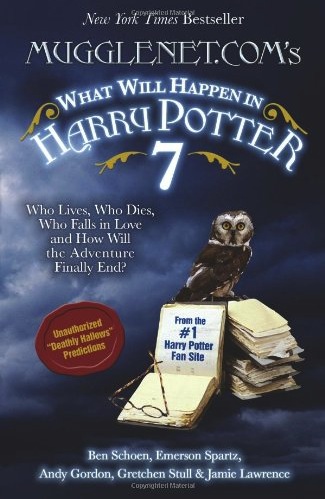 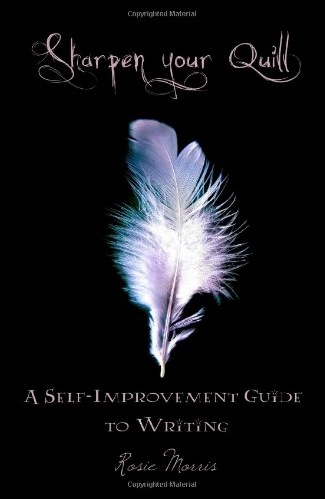 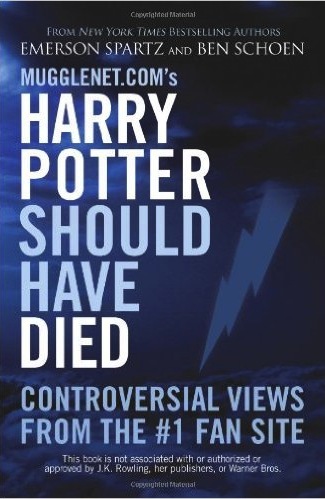 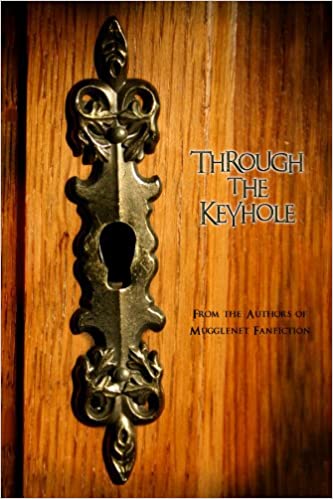 While the fandom was pushed to the back burner by the media, MuggleNet quadrupled its staff size starting in 2012 due to the implementation of a new internship program. Adapting to the changing times, the site began reporting on and looking back at the series from a more introspective and nostalgic angle. MuggleNet’s next podcast, Alohomora!, was launched in April 2012 with a focus on rereading the Harry Potter books one chapter at a time and discussing them in-depth like never before. It soon reached the top of the iTunes chart for nearly a year and officially ended its reread in 2016. That same month, MuggleNet Academia, a podcast wherein Potter was approached from an academic standpoint, was launched. Each episode, or “lesson,” covered a different aspect of literature found in Harry Potter until it left the airwaves in early 2017.

MuggleNet launched many new special projects during the period of time the fandom coined “Post-Potter Depression,” starting with March Madness in 2012. Other projects include the MuggleNet Fandom Calendar, the Harry Potter Oscars (2013), and the OWLs (2012–2015).

For its 2013 April Fools’ Day joke, MuggleNet announced that it would “shut down the website.” In actuality, it moved platforms and launched MuggleNet 3.0, a comprehensive redesign that streamlined the site’s complexity and made it mobile-friendly. 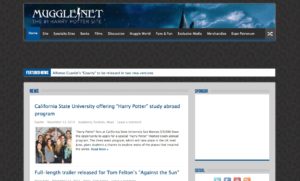 The year 2015 saw MuggleNet take its first stab at a fan convention with the announcement of MuggleNet Live! 2015: Expo Patronum. Held on April 18 at London’s Excel Center, Expo Patronum hosted a group of fans who shared in intimate meet-and-greets with more than a dozen cast and crew members of the Harry Potter films.

MuggleNet got its first taste of Internet virality with the launch of the #PotterItForward campaign in September 2015. The campaign encouraged readers to tuck a personal message of love, friendship, or bravery into the pages of a bookstore or library copy of Harry Potter where it would be found by another reader. Potter It Forward was covered by dozens of global outlets and even made its way to several morning television shows.

Approximately one year before Fantastic Beasts and Where to Find Them hit theaters, MuggleNet launched its fifth podcast, SpeakBeasty, devoted entirely to the film series. The podcast has since hosted many members of the cast and crew as guests, including fan favorite Dan Fogler.

MuggleNet returned to its publishing roots in October 2016, when Newsweek asked MuggleNet to contribute to its special Harry Potter edition. Inside was a large advertisement for MuggleNet’s next big event: MuggleNet Live! 2017: Nineteen Years Later. The event took place on September 1, 2017, the date on which the Harry Potter and the Deathly Hallows epilogue was set. Seven cast members from the films attended the event, which was held at the Wizarding World of Harry Potter – Diagon Alley at Universal Studios Florida. 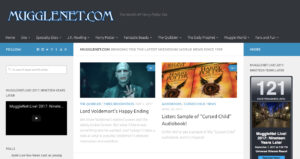 Accio Politics, launched in July 2017, joined the official MuggleNet arsenal of podcasts in early 2019. The show’s diverse panel of hosts explores the politics in Harry Potter and how they apply to the Muggle world, one chapter at a time. Beyond the Veil released its first episode in March 2019. The show, which followed a book club format, explored how the Harry Potter series has had a positive impact on mental health. In 2021, the hosts of Beyond the Veil announced that the show would be coming to an end so they could refocus on a new podcast called Storm in a Teacup.

Very few fan-focused websites celebrate 20 years, but in 2019, MuggleNet found itself doing just that. To mark the occasion, the site partnered with New York Comic Con to present its unique take on the past 20 years of fandom. The panel, titled MuggleNet Live! 2019: Into the Pensieve, was filled with games, improv, Erumpent dancing (judged by Fantastic Beasts‘ Dan Fogler), videos, and memories and presented to a packed room. The following night, MuggleNet hosted an exclusive party at Hard Rock Cafe New York, with guests from Broadway and beyond, to close out the anniversary celebrations.

In June 2020, following Rowling’s comments on transgender individuals, MuggleNet made a renewed commitment to uplift marginalized voices in the fandom. The site took several actions to show support for every fan in all communities, including fundraisers, Instagram takeovers, and many plans for future projects.

In November 2020, MuggleNet celebrated the publication of Dumbledore: The Life and Lies of Hogwarts’s Renowned Headmaster, the third edition of Irvin Khaytman’s book The Life and Lies of Albus Percival Wulfric Brian Dumbledore. In June 2021, staff published the third book in the Unofficial Harry Potter Reference Library series, The Unofficial Harry Potter Bestiary. 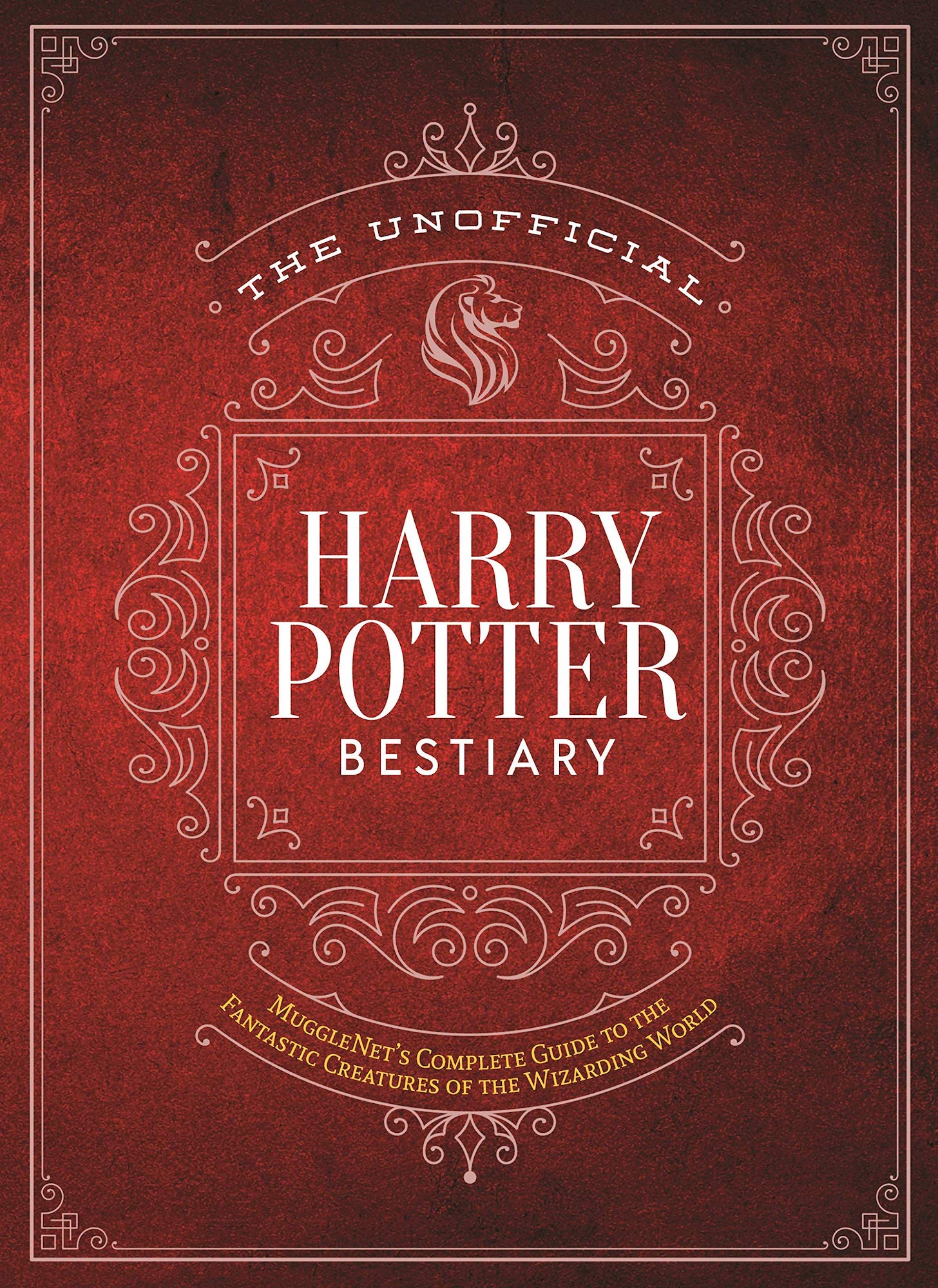 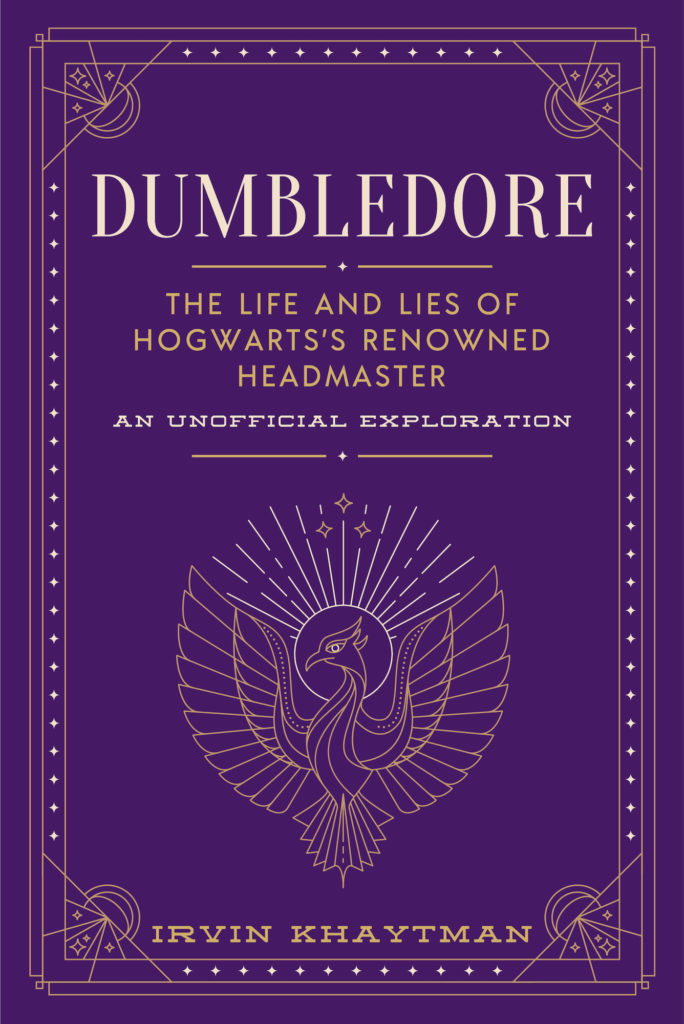 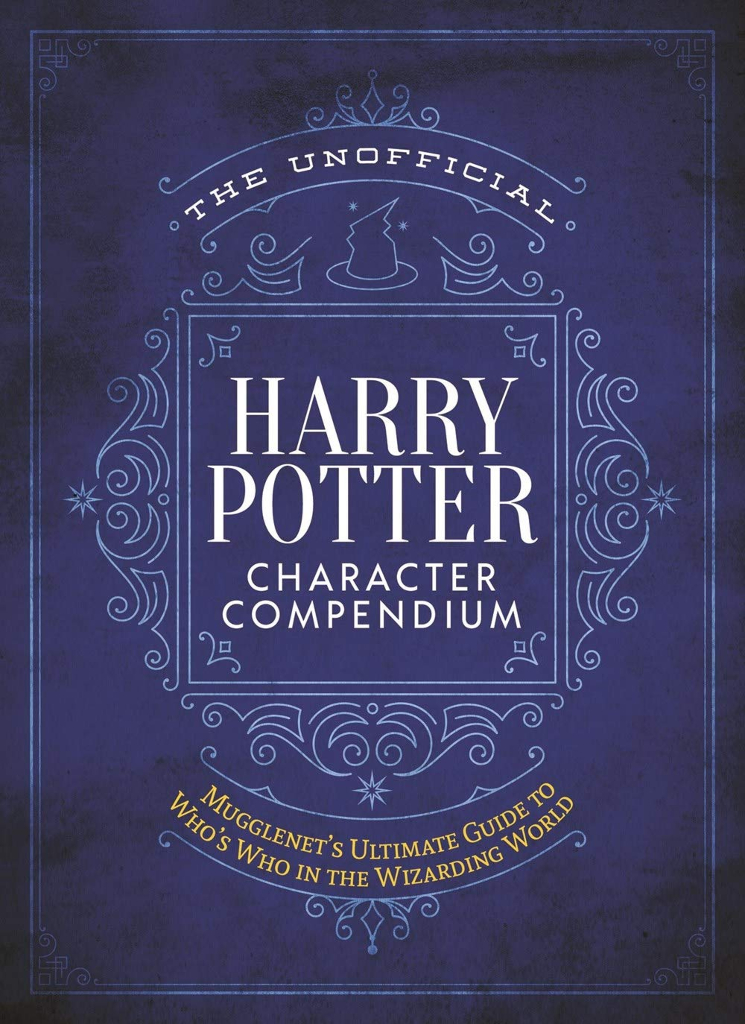 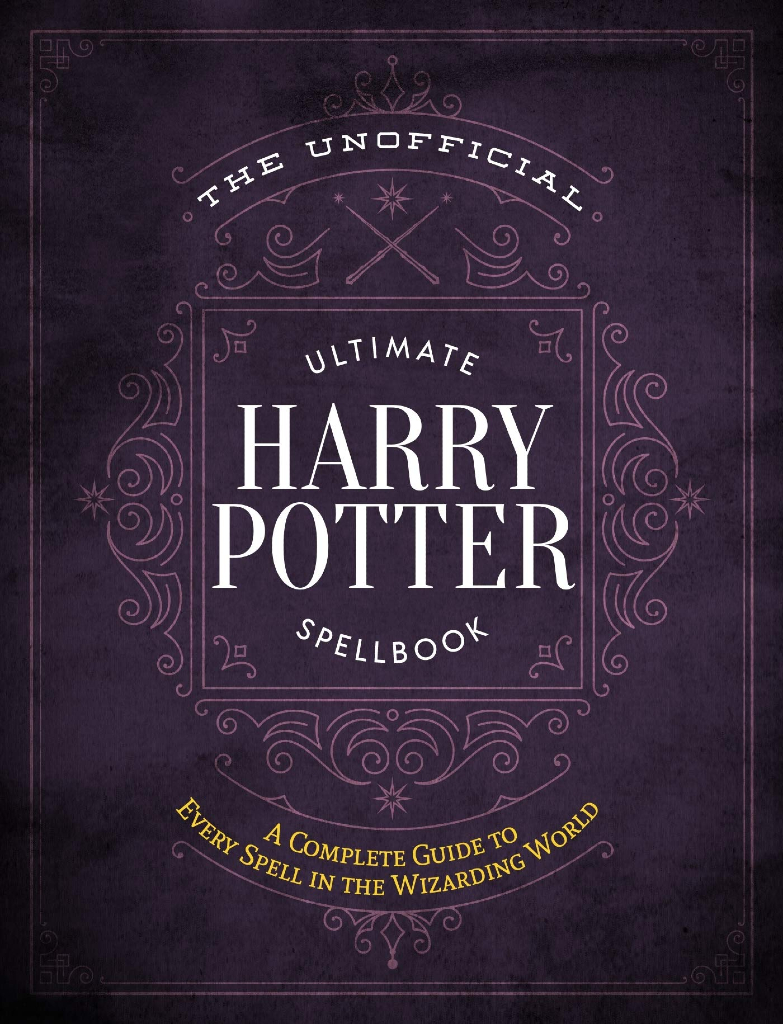