It was always difficult being Harry Potter, and it isn’t much easier now that he is an overworked employee of the Ministry of Magic, a husband, and a father of three school-age children.

While Harry grapples with a past that refuses to stay where it belongs, his youngest son, Albus, must struggle with the weight of a family legacy he never wanted. As past and present fuse ominously, both father and son learn the uncomfortable truth: Sometimes, darkness comes from unexpected places.

Harry Potter and the Cursed Child is a theatrical play with an entirely original story as a collaboration between J.K. Rowling, Jack Thorne, and John Tiffany. Cursed Child‘s tagline is “The eighth story. Nineteen years later,” and the story starts where Harry Potter and the Deathly Hallows ended. It follows the next generation of Hogwarts students, starring Harry’s son, Albus Severus Potter.

The play was originally written in two parts, though it is all one story. The Hamburg and London productions are presented in two parts, intended to be watched in order, on either the same day or two consecutive days. Productions in Melbourne, New York, and San Francisco have been altered to give audiences a single-part show instead of two upon resuming after the COVID-19 pandemic, and Tokyo and Toronto opened as single-part productions.

Since many Potter fans could not journey to see the play in London, Scholastic and Little, Brown announced that they would publish the play's script worldwide in conjunction with the first official performance of Harry Potter and the Cursed Child. A "definitive collector's edition" of the script was officially announced on April 12, 2017. Harry Potter and the Cursed Child, Parts One and Two: The Official Playscript of the Original West End Production was released on July 25, 2017, both on Kindle and in paperback. This Final Edition includes the final dialogue changes, a Deathly Hallows timeline, and a Potter family tree. The first edition of the play's script was released on July 31, 2016 (Harry Potter and J.K. Rowling's birthday), the day after the play officially opened on the West End. A digital edition was released the same day on Pottermore.

The initial book was published as a "special rehearsal edition" since the writers anticipated changes to the script during the show's preview run, which began June 7, 2016.

Score
The score for Harry Potter and the Cursed Child is quite a departure from the classical compositions of either the Harry Potter or Fantastic Beasts movie series. Instead, the music used for this production comprises short, whimsical pieces that serve to transition between scenes as well as underscore action. Sometimes, actors perform mini dance breaks to these short interludes to show the passage of time and depict short scenes presented like montages. The score, composed by indie-pop artist Imogen Heap, is presented in four suites, each to accompany a different act of the play. After two years, the score of the play was finally released to fans worldwide on November 2, 2018.

You can purchase the Cursed Child score here: 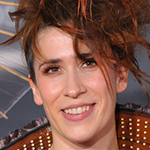 Imogen Heap is an English singer, songwriter, and producer born on December 9, 1977, in Havering, London, England. Her debut album, iMegaphone, was released in 1998 on the independent record label Almo Sounds. After being dropped from this label, she started her own label, Megaphonic Records. On this label, she released the albums Speak for Yourself in 2005, Ellipse in 2009, and Sparks in 2014.

Between albums, Heap worked on other musical projects. She recorded several songs for the 1999 British film G:MT - Greenwich Mean Time. In 2001, English guitarist Jeff Beck featured her on his album You Had It Coming. Along with Guy Sigsworth, she formed the electronic duo Frou Frou in 2002. Together they released the album Details. They also recorded a version of the song “Holding Out for a Hero” in 2003 for the Shrek 2 soundtrack. She achieved commercial success with her song “Hide and Seek,” which was featured on the popular television show The O.C., as well as sampled in Jason Derulo’s single “Watcha Say.”

Outstanding Music in a Play

Harry Potter and the Cursed Child: The Journey: Behind the Scenes of the Award-Winning Stage Production 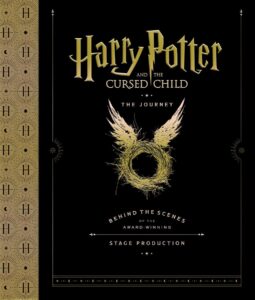 This book covers everything you'd ever want to know about what was going on behind the scenes when the first play started.

The play is making its way around the world with new locations and casts added as it progresses. If you are looking for specific information about a production, including its cast and crew, its accolades, and how to contact the venue and/or purchase tickets, look no further: 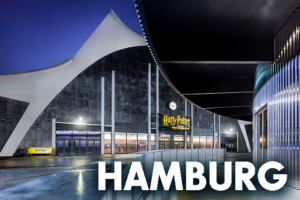 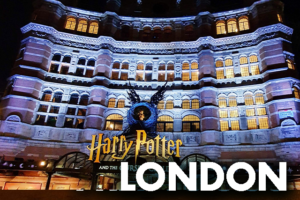 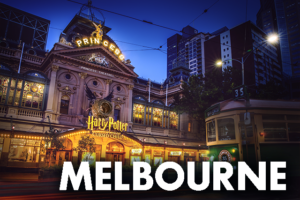 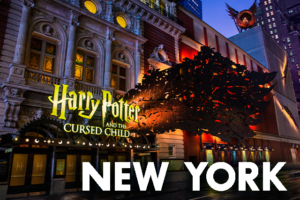 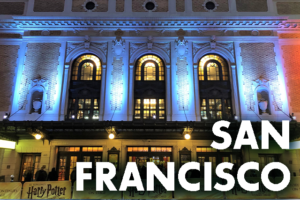 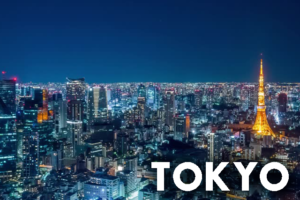 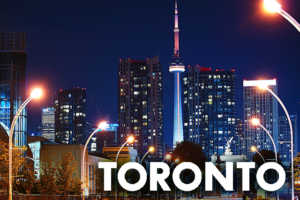