Given the immense popularity of the Harry Potter book series, as well as evolving technology since its publication, it was inevitable that the seven books in the series would get converted into multiple formats to increase their accessibility to readers of all types. With the growing popularity of e-books made accessible through e-readers and tablets, the entire series was converted into e-book format in 2012 exclusively through Pottermore, making it that much more convenient to carry around the entire Potter series on a single device. 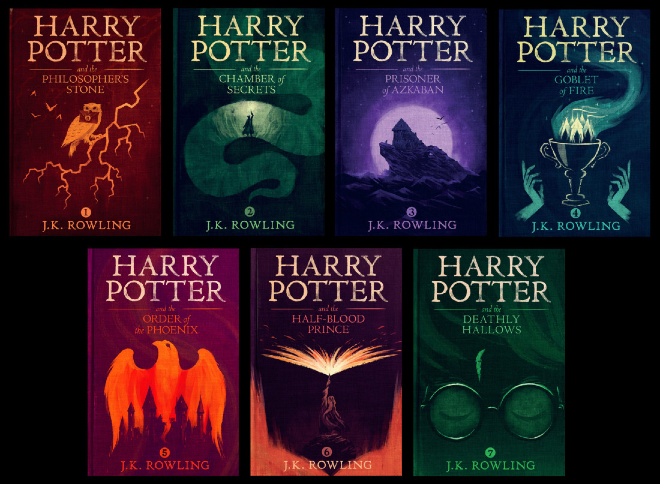 On March 27, 2012, the Harry Potter books were released for the first time in e-book format, exclusively available on Pottermore. Originally released in English (in both the UK and the US), the e-book editions were available in 22 different languages.

On November 19, 2012, J.K. Rowling announced that all proceeds from the e-book sales of The Tales of Beedle the Bard would benefit her charity, Lumos. On March 15, 2013, in honor of Comic Relief's Red Nose Day, J.K. Rowling released Quidditch Through the Ages and Fantastic Beasts and Where to Find Them in e-book format on Pottermore, with 40% of the proceeds benefiting the charity. 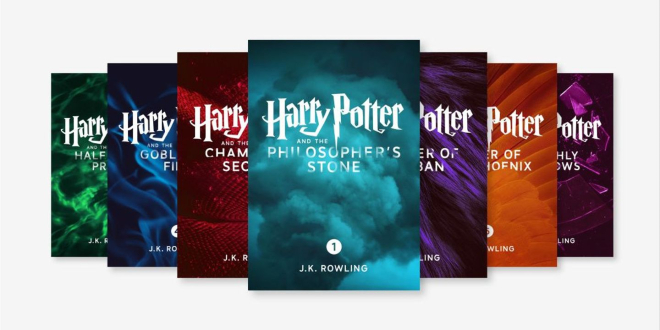 On October 8, 2015, in collaboration with Apple and Pottermore, J.K. Rowling released all seven Harry Potter novels as e-books from the Apple Books store. Annotations from Rowling herself have been added to these editions, suitably marked with quill icons. Illustrations and animations fill the pages, making it a brand-new visual experience altogether. New fonts and customized, redesigned covers are also additions that make this release unique. Each novel is available on the Apple Books store and can be purchased from 50 countries in English, French, German, and Spanish.

On September 5, 2017, in collaboration with Kindle, Pottermore released the illustrated edition of Harry Potter and the Sorcerer's Stone as a Kindle in Motion e-book. This edition features never-before-seen animations by award-winning artist Jim Kay. Both the US and UK versions (titled Harry Potter and the Philosopher's Stone) are available on the Kindle app.