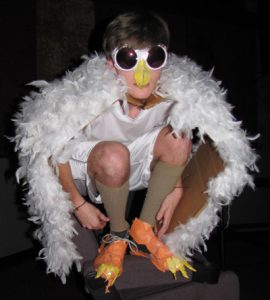 18-year-old Lucas from the United States

Lucas dressed as Harry as a boy 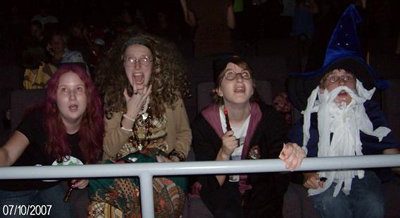 Lucas dressed as Dumbledore with friends 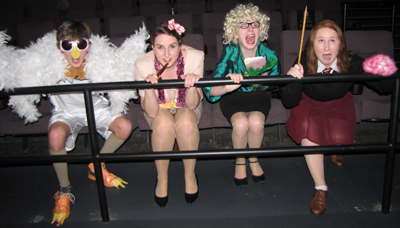 Lucas dressed as Hedwig with friends 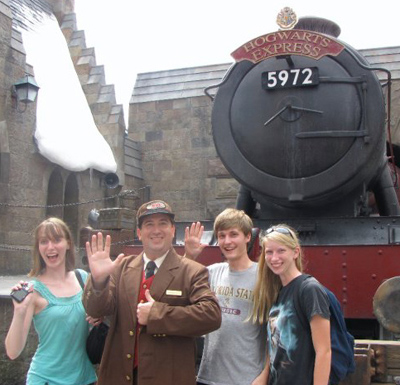 Lucas at the Wizarding World of Harry Potter with friends


First off, how did you become a Harry Potter fan?

When I was the tender age of six, my dad surprised my brother, sister, and me with two new books he found called Harry Potter and the Sorcerer’s Stone and Harry Potter and the Chamber of Secrets. I can vividly remember clambering into the car after church and seeing the boy with the lightning bolt scar staring back at me. The following years, my father would sit down and read each book to my family as we sat around and listened eagerly. I recall listening anxiously to each book up through the Order of the Phoenix, after that, I couldn’t stand waiting days to hear what would happen so when the Half-Blood Prince was released, I ran up to my room, locked the door, and read into the morning. My dad continued reading the series to my family and I would sit and listen with them, even though I had already read it, it was always fun seeing their reactions—especially when Dumbledore died. Now by the time the Deathly Hallows was about to be released, I was a pretty strong ultimate Harry Potter fan. I went with a group of friends, we all dressed up—I was Dumbledore with a beard made of toilet paper (for the Part 2 release, I’m going as Dumbledead, with a beard made entirely of floss…yeah, floss) and I won the costume contest. For the release of Deathly Hallows Part 1 in theatres, I went as Hedwig, which was a pretty hardcore costume I must say, I was interviewed for the local news, and my friends and I counted 58 people coming up to take pictures with us. We’re always the life of the party at these events. I find it so incredibly fitting that as the entire Harry Potter phenomenon comes to a close this summer, so does my grade school career. I just graduated from High School and the Harry Potter series was there with me the entire way from 1st grade – 12th grade. Harry Potter is something I’ll have with me the rest of my life and I am so grateful my father read it to me when I was young. The people that insist that the Potter series is blasphemous and satanic make me so sad—they’ll never experience the joy that all of us have had spending our lives with Harry.

Welcome back, OWL student! You get to choose your classes this year, and you know for sure that you want to take…

I know for a fact that I would definitely take Transfiguration because my dream career in the wizarding world would be teaching at Hogwarts, most likely Transfiguration, although I would enjoy my first few years there experimenting in what classes I would truly enjoy – I also like to think I would be skilled enough to excel in such a difficult subject as Transfiguration (as described by Professor McGonagall). I would also be taking Charms due to the fact that it is a rudimentary skill necessary for all wizards and I would no doubt benefit from such knowledge from Professor Flitwick. It’s also a goal of mine to be able to perform such advanced magic as the Fidelius Charm. It’s also a priority to continue my studies in Defense Against the Dark Arts. As a teacher at Hogwarts, it would be vital to keep the students safe from any danger that they may encounter at Hogwarts—even if it is the safest place, as we all know, things can go wrong. As all students in their 6th year are required, I would take Apparition—a skill any competent wizard would possess. Enough of the cliché classes, another subject I would be interested enough to continue taking after my OWLs is Astronomy. I can’t even imagine the discoveries the wizarding world would have made concerning the stars. The universe already baffles me, it’s really incomprehensible how much it would encompass my interests at Hogwarts—their astronomical resources would be mind-blowing, even if the centaurs don’t particularly like sharing their knowledge of the stars.

Professor Slughorn is your new Potions instructor and you notice his appreciation of fame among the students and their connections. Do you think you would be invited to be a member of the Slug Club? Would you want to be? (Submitted by Lauren Watson)

I would definitely be invited to The Slug Club for one simple reason. I’m related to Chuck Yeager (I really am) who was the first man to fly faster than the speed of sound. Most people believe it was in an airplane, but what most people don’t realize is that it was on an average Cleansweep broomstick—quite a feat. But honestly, I probably wouldn’t be invited, unless he valued violinists. I actually wouldn’t want to be in The Slug Club, based on what we’ve seen in the books, the “meetings” didn’t look too fun. I’d rather be in the Gryffindor common room playing Wizard’s Chess with my friends.

If you won a tiny vial of Felix Felicis, what would you use it for?

This one took some thought; after all, Felix Felicis can be an incredibly powerful gift. As a music major, I naturally thought of using it for auditions, but that’s pretty low, plus it would be illegal as it Felix Felicis is not permitted for use in competitions. If I succeed through an audition, I want it to be something I’ve worked hard for. This question kept me awake last night, I’ve actually never thought about what I would use Felix Felicis for—it never crossed my mind. Finally, it came to me. What better time for a muggle to use a lucky potion then at the new Wizarding World of Harry Potter Theme Park? Albeit, I’ve been nine times (I live in Florida), the only location in The Wizarding World I haven’t set foot in is Ollivander’s Wand Shop. Every time I’ve been, the line has been incredibly long and I’ve always said I would rather be riding The Forbidden Journey or walking through Hogsmeade than waiting in the blistering sun to hopefully be the one lucky fan chosen to have “the wand experience”, plus I already own three wands. However, I would no doubt be chosen if I took a little swig of my friend Felix. Also, the lines would definitely be much shorter (for me at least), and I’ve had my fair share of lines when I went to the grand opening of the Wizarding World theme park and ended up waiting 9 hours to get in. What a treat Felix would have been that scalding mid-June day!

If you could look at memories to learn all about someone’s past and history, who would it be and why?

This is such an easy question. I would without a doubt choose Minerva McGonagall. We learn so little about her in the series and she is one of my favorite characters. I would love to learn more about that foxy feline. I bet she was wild in her younger days—a star student, no doubt, but you know she had a wild side. I want to know so much more about her, for example: Did she ever fall in love? What did she do in the time she left Hogwarts as a student to the time she became a teacher? What was her family like? How long did she serve as Headmistress? Was gaining her Animagus license difficult or easy because of her expert Transfiguration skills?

Harry is Quidditch Captain; Ron and Hermione are Prefects; James and Lily were Head Boy and Girl…What do you think you’d do? Would you be enough of a role model to be a Prefect? Are you sporty? C’mon, tell us! (Submitted by DaneH98)

As for Quidditch, I definitely wouldn’t make it on the team (if I even tried out), however, flying would be one of my favorite past times. I would attend all the matches religiously—they would be so much more entertaining than muggle sports. About being a prefect, I can’t really say for sure. As a muggle (as much as it kills me to call myself that), I haven’t been the most motivated student in grade school. However, I would be thoroughly engrossed in every subject I sat through at Hogwarts and would complete all of my homework efficiently and on time, even History of Magic – I would be a sufficient male version of Hermione, you might call my HerMANe. As an upcoming violin major in the fall, I would be involved in anything musical at Hogwarts such as the Frog Choir or the orchestra at The Yule Ball.

A Horcrux conceals a part of a person’s soul so that it remains on Earth should their body be killed, but can only be made by murdering someone. Would you make one?

No way! As much as I would enjoy my time at Hogwarts, I realize that all good things must come to an end (like the Harry Potter series). As Dumbledore said “After all, to the well-organized mind, death is but the next great adventure.” Bring it on! Plus I’d love to go say hey to Dumbledore in Heaven.

I want to thank you Kat for choosing me for Fan of the Week. I appreciate it so much and hope I didn’t let any of you Harry Potter fans down with my answers! I also want to give a shout-out to my ultimate Harry Potter fan—Kara Dentzau, whose love for Harry will never is as strong as mine and will never die, someone I can be truly crazy around. Also to Elise who stood in the blazing sun for 9 hours with Kara and me for the opening of the Theme Park – another die-hard fan, Sophia, Adam Pol, my parents (my dad for introducing Harry Potter to me), Wade, the Beata family, Andie in Missouri, and my sister and brother who sat through Harry’s journey with me. And congrats to the Four Founders, we made it on MuggleNet! Also to Andrew Sims, you’re awesome. And all of MuggleNet for keeping me updated with Harry Potter information for years and years! And of course to my hero, J.K. Rowling (who most likely isn’t reading this, but either way)—an amazing person who taught me to use my imagination to its fullest extent. Even if she didn’t come to the high school graduation I invited her to, I still have the deepest respect for her!