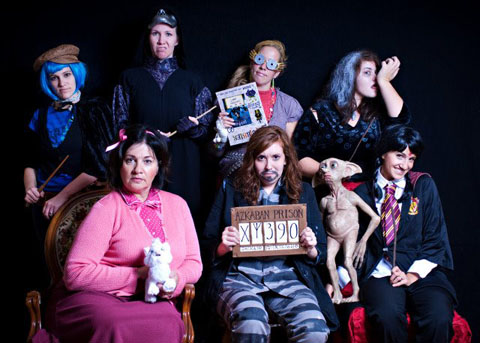 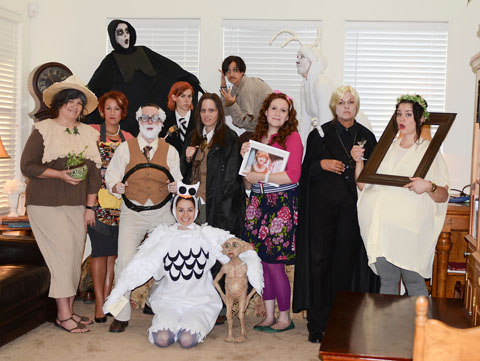 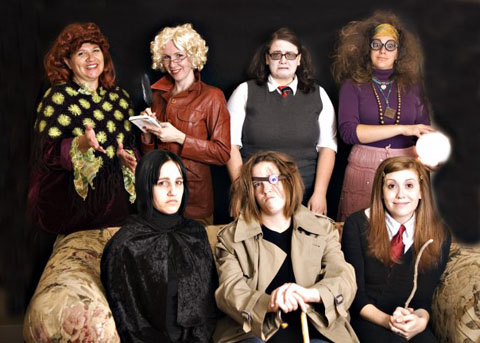 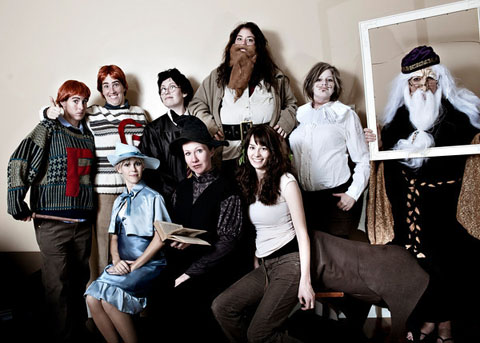 Becoming a Harry Potter fan was easy. All it took was some “well-mannered frivolity” and the purchase of a few movie tickets. From the glistening reflections of boats upon the black lake and the grandeur of the first look at Hogwarts, we knew there was something magic afoot. That night, we took a flight into what had started with a small spark of our inner child and grew into a family tradition filled with games, book readings, movie watching, and parties.

We absolutely loved Harry Potter and the Deathly Hallows – Part 2. It was the culmination of an epic journey of good vs. evil. A small critic came when the death of Voldemort fell short of the incredible finale written by J.K. Rowling. We wanted to see everyone at the battle witness the dialogue between Harry and Voldemort that vindicated Snape and ultimately ended Voldemort’s life.

Now that all eight films are out, how to feel about the movie series as a whole? Favorite? Least favorite?

The Harry Potter movie series has been an epic magical adventure. It has had its twists and turns, ups and downs. We are grateful to have been part of the ride. [Favorite Movie:] Our most favorite movie is the Prisoner of Azkaban. Somehow, J.K. Rowling set the stage for a remarkable lesson about redemption and forgiveness. Not only did she give depth to Harry by introducing Sirius Black, a first thought murderer but she also gave us a chance to see things from a different perspective with the time-turner. From the humor of Hermione seeing her hair from the back to the painful mistake of believing a lie. The movie as a whole can stand-alone as an example of moral retribution and the heart-warming importance of family. [Least Favorite Movie:] Our apologies, but the least favorite would have to be Harry Potter and the Half-Blood Prince. In all honesty, it was one of our favorite books, but the movie lacked depth to the tale. All the visits in the Pensieve brought history and motive to the story. Not including it just plain irritated us.

If you could have one prop from any of the eight films, what would you choose and why?

Along with the snitch, the invisibility cloak, or even Hagrid’s motorcycle, the Sorting Hat would be the top on our list of favorite props. The reason: few objects have greater importance to the history of Hogwarts. The Sorting Hat links the past the present and future of Harry Potter‘s world. To have such a prop would be to know the heart of all who he has touched and understand the importance of its true legacy. How cool would it be to have a sorting hat in everyone’s home?!

We just got a sneak peek at the Harry Potter Studio Tour in London, which opens March 31, 2012. Do you plan on going, and if so, what are you excited to see?

Oh wow, an opportunity to go see the Harry Potter Studio Tour in London would be like looking into the Mirror of Erised. If we could go we would love to see the Great Hall. Why, you ask? The same reason people gather around the kitchen table. To visit, eat, make memories. The Great Hall was the special meeting place. Yep, that is where our first stop on the tour would be.

Pottermore! Are you in? If so, tell us about your experience. If you’re not in, what are you looking forward to most?

We are not in Pottermore, but are excited to see what J.K. Rowling has been holding back from her fans. Our guess, there is more to the giant squid in the black lake than meets the slimy eye!

Two AMAZING events happened the weekend of November 12th; The Harry Potter Home Entertainment Celebration in Orlando, and the Muggle Quidditch World Cup in New York City! Did you attend either event? If not, which would you have attended if you could’ve, and why?

We would definitely choose going to the Harry Potter Home Entertainment Celebration in Orlando than the Muggle Quidditch World Cup in NYC. First, going to the Magical World of Harry Potter would be priceless. And second a chance to have a question/answer with the cast and filmmakers would be like having a backstage pass with Rita Skeeter, (we know we would get some juicy details (wink)). Besides Muggle quidditch- keyword “muggle”- just isn’t the same as wizarding quidditch.

We love the Harry Potter books and movie series, obviously. We have been having a party every year a movie came out in celebration. It has brought our family and friends closer together. Thank you J.K. Rowling for sharing your imagination with us. Thank you MuggleNet for letting us share our thoughts with you!