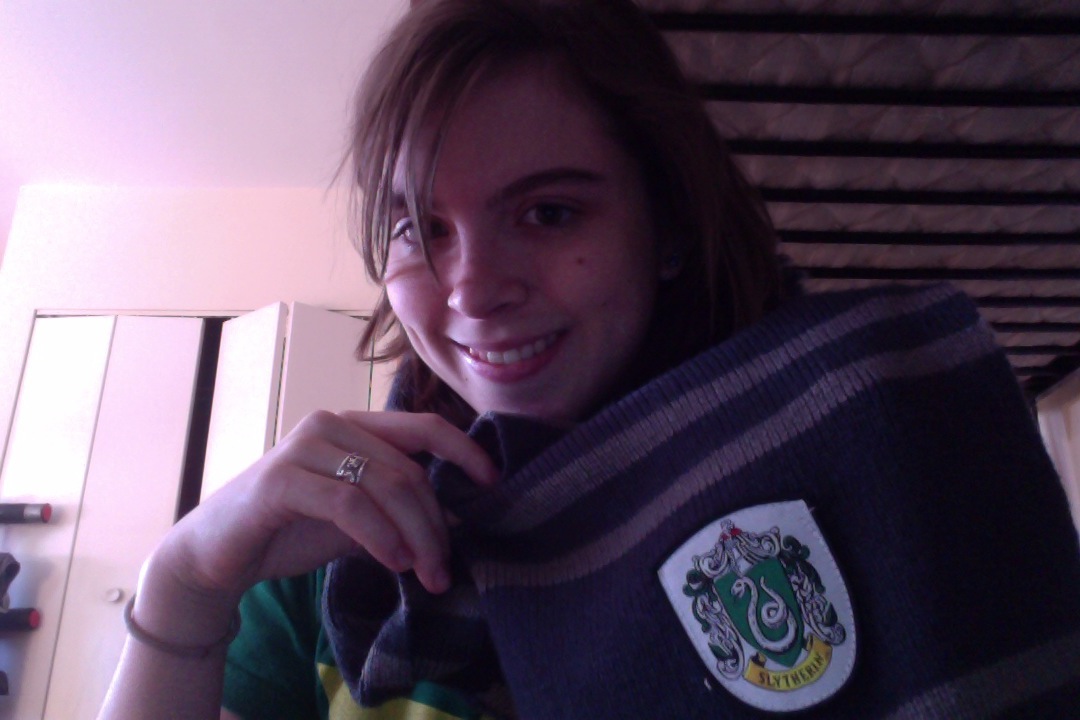 I became a Harry Potter fan in elementary school, where I read the first three books first in English, and then in French. I remember eagerly awaiting the translations to see if there was anything significantly different in the dialogue. I bought used copies of the books from my classmates to begin my own collection. I now own all of the books, films, and games. Harry Potter is a place I can return to that boasts endless possibilities.

Brought together a worldwide community in creativity.

OMG! J.K. Rowling is writing a new film series! I am so excited for…

I am so excited to meet new characters and fall in love with the Wizarding World all over again. I’m really excited to see wizarding locales other than Britain, and hope that Scamander’s travels will take him there!

I think my Patronus would be a tiger. They’re solitary creatures but come together with their own when needed. They’re also strong, beautiful, and untamed!