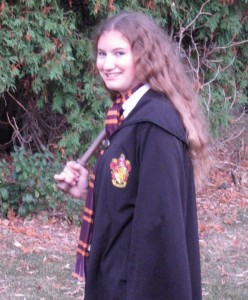 It’s the inspiration for reaching my dreams.

A polar bear because it is my favorite animal. Also, I think a polar bear would be able to defeat a Dementor fairly easily.

I would see myself as a successful musician and writer in the Wizarding World!