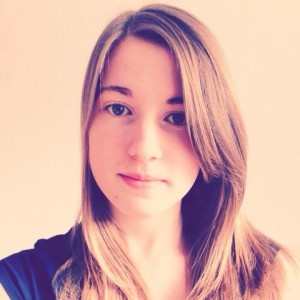 I always loved the films when I was a kid, and I remember being obsessed with Emma Watson right from the start. I started reading the books when I was in Year 6, which I think was just before The Half-Blood Prince film was released. I was hooked almost instantly. I had only just got into reading, though, so it took me ages to get through them all. Now I’m rereading the series and it’s even better than I remember, it’s great noticing things you never noticed before!

It would probably be finding out that Warner Bros. and J.K. Rowling are doing a Fantastic Beasts movie, I don’t think I’ve ever fangirled so much in my life! Especially as I wasn’t really a Potterhead for the other films, and I didn’t have Twitter.

Probably meeting Emma Watson, she’s been my idol and role model for as long as I can remember, and right now all I want is to meet her. Maybe I’d even see myself being friends with her or taking selfies with her…