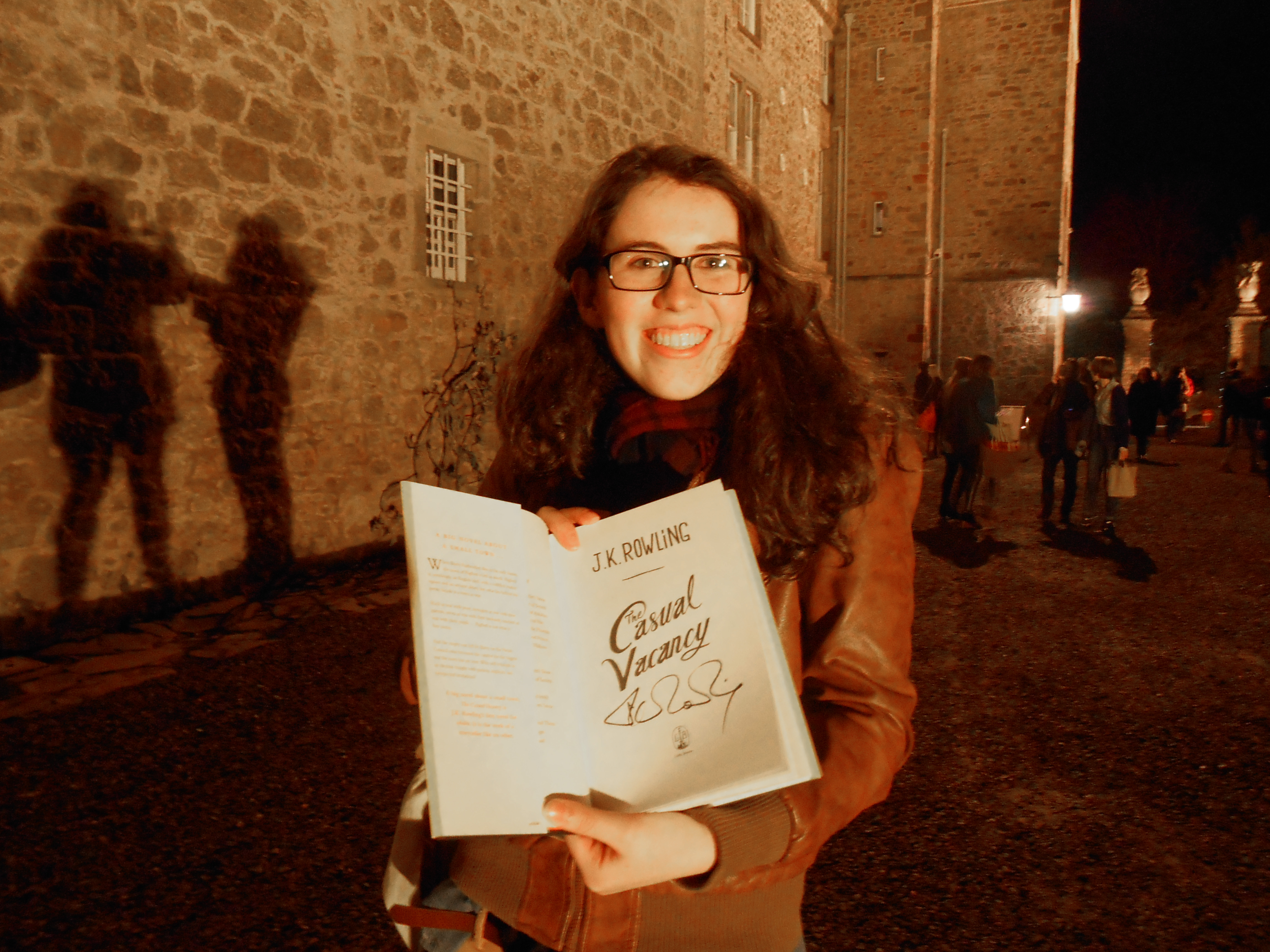 In December, 1999, when the first book had just been translated to Spanish, my best friend told me she had read the first part of what was supposed to be a series of seven books. She told me that magic, wizards, witches and fantasy at its best made their performance into it. She even spoiled me the end, but I didn’t mind: next day I went to the bookshop and asked for “that book about Harry Potter”. Since then, my life has turned around the young wizard.

This is the easy question. My favourite moment was my trip to London to queue out of Waterstones, in Oxford Street, with hundreds of other fans. It was the 21st of June, 2007. I met so many incredible people and I felt that I could be myself as I had never been able to. It was the best day of my life.

I thought that Arthur Weasley would be Minister for Magic! I know it sounds crazy, but let me explain myself. In one of the chapters of the Order of the Phoenix, when the Gryffindor Quidditch team lose their match, Ron says that they have so much chances of winning the Cup as his father of becoming the Minister. As they eventually get the Quidditch prize, I was absolutely sure that JKR would keep her word. I spent 4 years defending my theory…

Of course that my first image would be myself at Hogwarts. But, considering that looking into the Mirror would mean that I was inside the magical world, that wouldn’t be necessary. My other image in the Mirror of Erised would be myself changing someone’s life just like JKR changed mine. She actually saved my life: these books were my only life-motive when I was clinically depressed, and knowing the end of Harry’s adventures was the only thing that make me forget horrible thoughts about my own death.