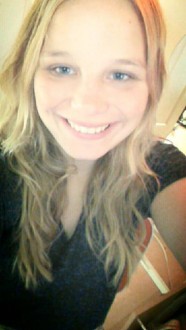 I really became a fan by reading the books. I started with book 6 and moved my way down, th[e]n book 7, which is probably the most confusing order possible.

I read the series [in] Dutch the first time, but [since] my grades for English dramatically dropped I decided to read the series in English. Not only did it influence my English grades, [but] it also influenced the decisions I made, which might explain why I am currently in England, despite being from the Netherlands. I absolutely loved the story and haven’t been able let it go ever since.

Which Potter fandom memory would you keep in your Pensieve?

I remember watching the videotape (yes, the big black box that you had to rewind if you want to watch it again) with my 2 sisters when I was about 4, and I thought [it was] suuuuper scary. My dad originally bought it for himself after reading the books.

Later […] my sisters [and I] would play with bed linen as wizards cloaks and pencils as wands. We always fought about who could play who; since I was the youngest I had the last choice and had to play Ron, which I really didn’t like.

In the Muggle world, I would see myself meeting Joann[e] Rowling, after having received my diploma at the University of Edinburgh for History, Business and Chinese. Or I would have received an answer on my letter to Jo. If I were in the [w]izarding world, I would technically be a 7th year now, so I would try to become a healer, so I can help wizards! (And secretly Muggles!)

What was your reaction to the news about Fantastic Beasts and Where to Find Them?

I was so excited I even created a [F]acebook fan page! I just wanted to know more and more, and I am looking forward to finding out more in 2015 and sharing it with those who follow the page, especially because of one thing: Newt Scamander (the main character) appeared on the [M]arauder’s [M]ap in the 3rd movie. I need to know why!