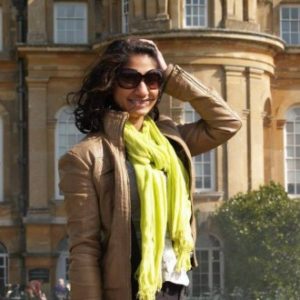 One day I woke up and decided to read the books. I felt as if I [were] ready to join the phenomenon, and I have loved it every minute since.

If you could have one prop from the set of the films, what would it be?

If I could have one prop from the films, it would definitely be a [T]ime[-][T]urner. I think they are both useful and meaningful. I’ve always felt a strong connection as the “brainy one” in my group.

What is one theory you had about the books that you wish had come true?

My theory was that Hermione was going to sacrifice herself for Harry in order to cast another protection spell from Voldemort. I thought it would have been a fitting and cyclic way to end the series because if Voldemort could not harm him, Harry could effectively use the protection of love to destroy Voldemort’s dangerous rein.

My [P]atronus would probably be a horse. I have grown up with horses and always felt connected to them. I feel strong and playful just like a horse.