With under two months until Fantastic Beasts and Where to Find Them is finally released, merchandise from the film is becoming inescapable. While shirts and and phone cases are all well and good, what fans really want are clues about the film itself. With these new images from the interior of Fantastic Beasts and Where to Find Them: Newt Scamander: A Movie Scrapbook, due out November 18, that’s just what we’re getting!

The cover and a synopsis of the book were revealed at the beginning of the month, but we know the real magic is inside Newt’s case… er, scrapbook. Let’s take a look! (You can click on the full-page spreads to get a closer look.) Guess we’re not all No-Majs yet! 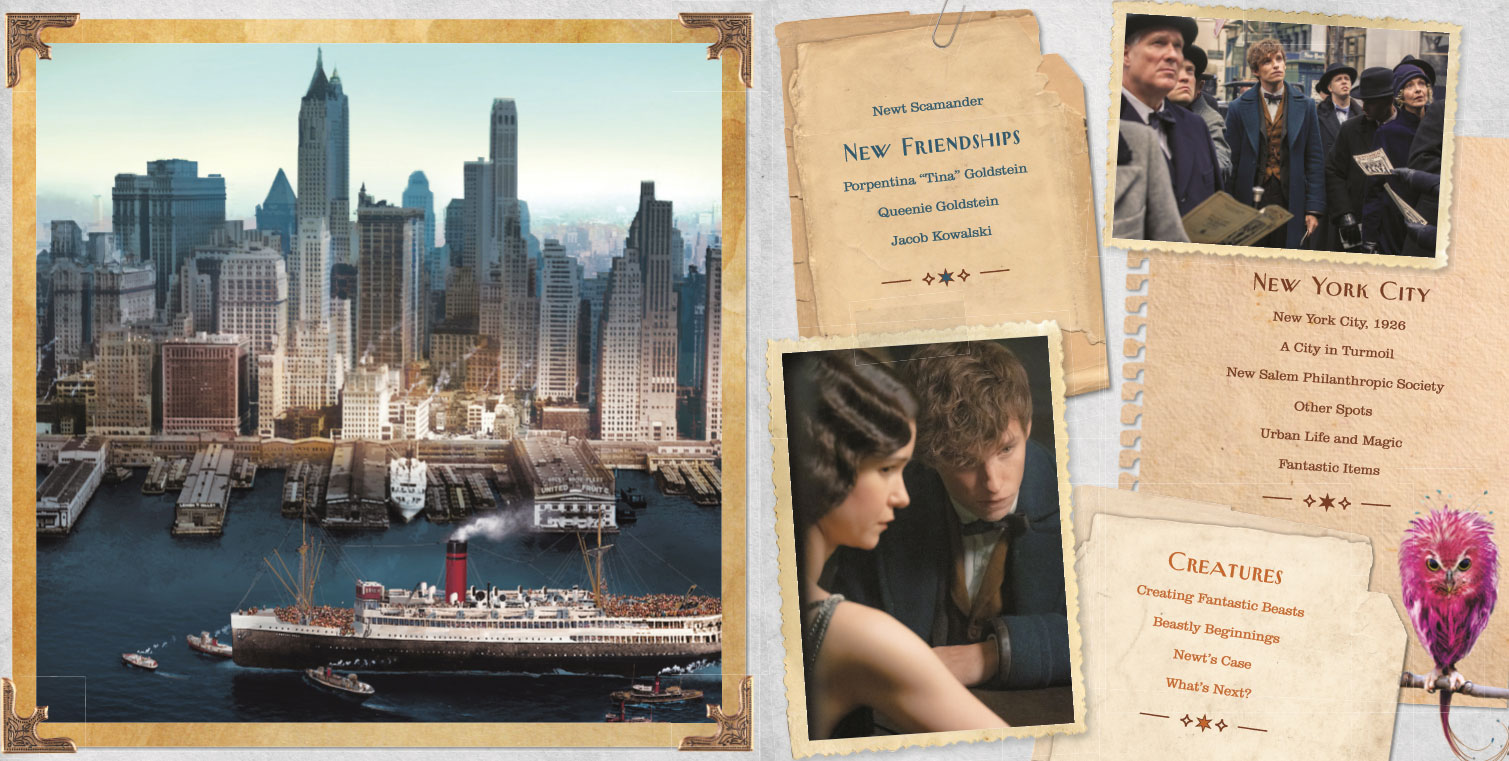 In case you missed it before, here’s the book’s description from the publisher:

Learn all about Newt Scamander and the incredible film from J.K. Rowling’s [w]izarding [w]orld, Fantastic Beasts and Where to Find Them. Peer inside Newt Scamander’s enchanted suitcase, encounter marvelous creatures, roam the streets of 1920s New York City, and meet Newt’s fascinating friends! This magical scrapbook takes readers on an interactive adventure through Fantastic Beasts and Where to Find Them. Filled with removable artifacts, such as wizarding newspapers, posters, and other fascinating finds, this book has something for everyone!

Of course, it doesn’t reveal nearly as much as we’d like about what we can expect when the film is released… but we’ll take what we can get! What do you think? Will this book find its way to your shelves?