For the second year in a row, MuggleNet descended upon Silicon Valley Comic Con in San Jose, California. The convention, which adds a focus on science and technology to the typical comic book and media fare found at such events, featured appearances by astronaut Dr. Mae Jemison (the first woman of color in space!) alongside Star Trek‘s Nichelle Nichols, who recruited Jemison to NASA, Jewel Staite from Firefly, Sean Astin from Stranger Things and Lord of the Rings, and theoretical physicist Michio Kaku, among others – SVCC is clearly a little different from your standard convention!

These NASA biologists study the effects of space on plant and animal life – and they’re MuggleNet fans!

Last year, the main Potter attraction at the convention was Tom Felton; this year, the lineup boasted both David Tennant and Matthew Lewis. (Scroll down to read about the panels with both of these Potter alumni!)

Besides panels, seasoned convention-goers know that the show floor is where the action is, and SVCC was no exception! We found a few familiar faces cosplaying among the crowds. 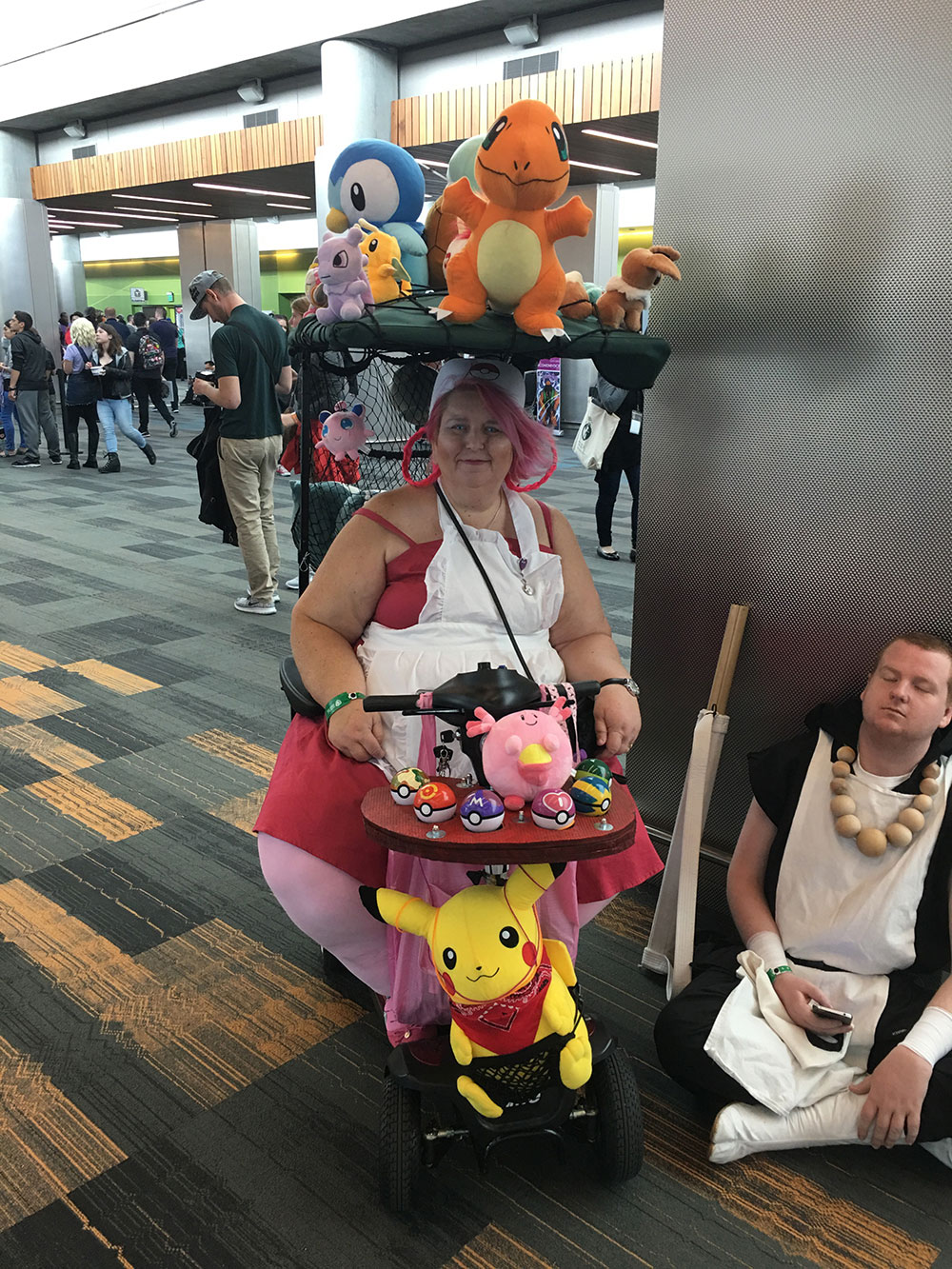 A fan cosplays as Nurse Joy. 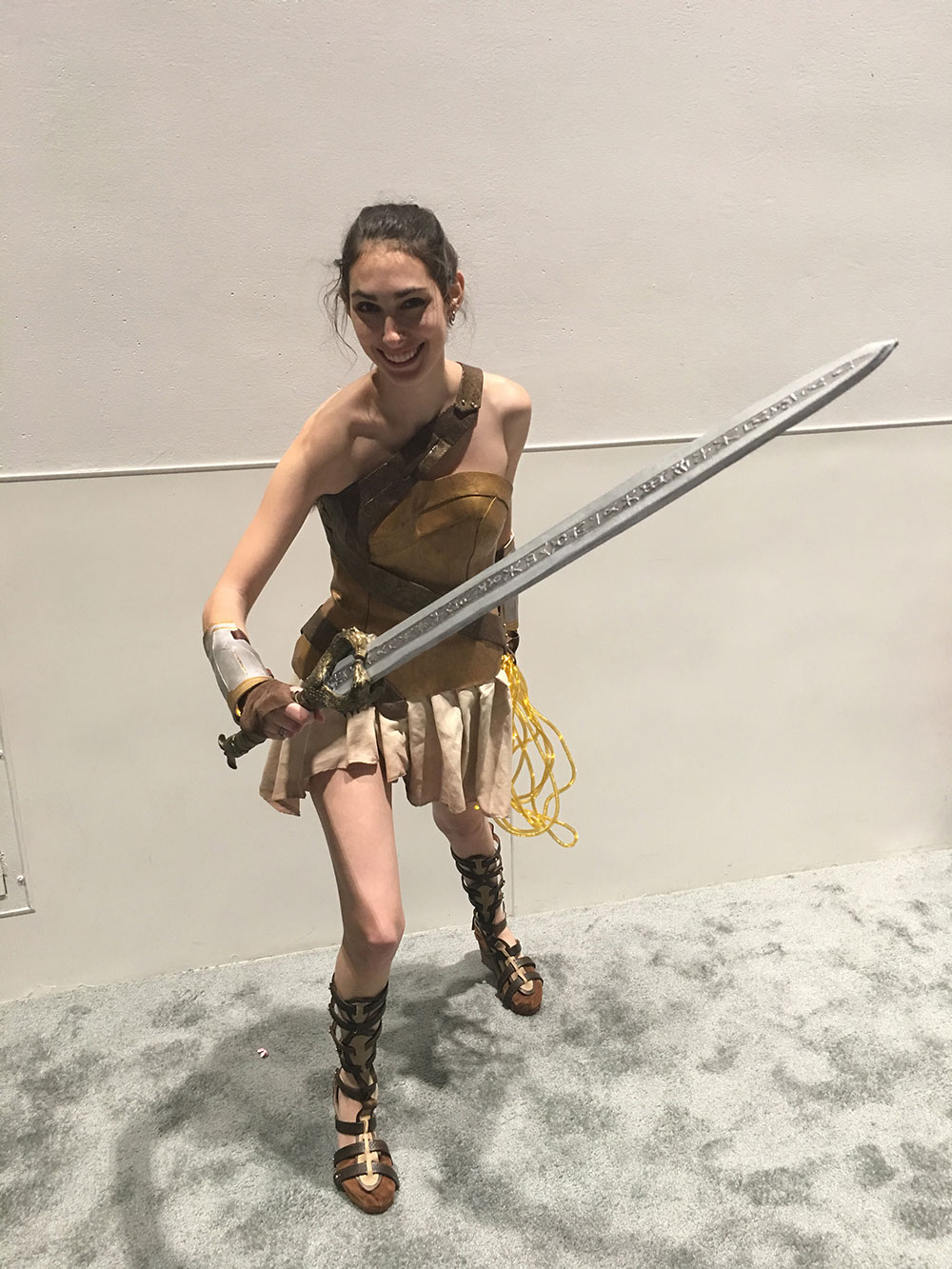 In addition to running into some of our favorite pop-culture characters, we also stumbled upon a booth giving out free science fiction and fantasy books. We spent… a lot of time there. Still, for any Potter fan, the most exciting part of the convention was coming face-to-face with our favorite actors from the films. Matthew Lewis dished about antics on the Potter set, while David Tennant teamed up with Jessica Jones costar Krysten Ritter to share stories of strange fan encounters. Read complete accounts of their panels below!

At the start of Matthew Lewis's panel, the discussion quickly turned to his notorious Ripper Street mustache, with Matthew noting that he definitely doesn't miss having Victorian-era facial hair, and sharing that for the entire eight months he wore the mustache, none of his friends or family could put two and two together and realize it was for a role - they all just thought he was an aspiring hipster. Of course, it wasn't long before the conversation turned to the actor's most famous role, that of Neville Longbottom. Of all the roles he's played, Matthew feels that Neville is the most admirable - in part because many of the characters he's played since have been less than commendable, if not downright villainous.

Most of the characters I have played have been insufferable characters. Neville's the one who had the most against him and still came out being a good person. He never lost sight of who he was and always believed in doing the right thing, no matter what.

Matthew also shared his memories of one of the infamous pranks played among the young Potter actors while on set, engineered by none other than Rupert Grint. Apparently, there was someone on set who had a crush on Emma Watson ("I mean, who didn't?" Matthew quipped), and this crush was very well known around the set. Rupert, with Matthew as his co-conspirator, called Emma one day and impersonating the lovestruck teen, asked her on a date. Emma - whose reaction Matthew describes as "sweet and flustered" - tried to let her "suitor" down easy, in a conversation that Lewis said he couldn't repeat "because it was just so terrible." The result when Emma found out what they were up to? "She was absolutely livid in only the way that Emma Watson could be." And Harry Potter wasn't the only project about which Matthew shared amusing anecdotes! For his role in Me Before You, he went into serious training for four months, exercising constantly and cutting out all carbs. After his final day of shooting, he splurged, eating five cream eggs, half a loaf of bread ("I don't even eat bread!"), a stuffed-crust pepperoni pizza, and several pints of beer. Immediately afterward, in a cab on the way to a pub, he got a call that he was needed for reshoots the next day. Panicked, Matthew went straight to the gym to do squats - though that didn't keep him from being up all night worrying.

When asked whether he preferred acting on stage or acting on film, Matthew admitted that he prefers film because he's "lazy" but that he has learned the most when performing on the rigorous schedule of stage productions. In particular, he shared his experiences working for six months touring for Verdict, a play by Agatha Christie that was his first post-Potter role.

He sought out stage work on the advice of Alan Rickman, who had a heart-to-heart with the young actor during the final days of filming Potter. Rickman told Matthew that he had "it" and that if he wanted a career in acting, it was his for the taking. Still, it took him time to fully understand Rickman's advice. For his first few weeks on the play, Matthew describes his attitude as "a little bit cocky" and unwilling to put in the necessary time to create a good performance. As a result, his reviews were horrible - not for the play, but for Matthew's performance specifically! Even Potter director David Yates, who Matthew describes as "the kindest man in the world," couldn't hide the fact that Lewis's performance was lacking. Those reviews helped him realize that he needed to take stage work seriously, and for the next few months, he worked harder and learned more about the art of acting than he ever had in the past. Other Potter tidbits revealed at the panel include that the conversation he had with David Tennant in the Green Room at SVCC was probably the longest conversation with the actor Matthew had ever had - on the Potter set, he was too intimidated to approach any of the older actors - and that, like many of us, he's still carrying a grudge about J.K. Rowling's underutilization of the Time-Turner. "Why don't they use it more? I mean, they used it to save a bird. That's cute and all, but was he really necessary to the story?" When some audience members pointed out that Sirius Black needed Buckbeak to escape, Matthew acquiesced, but not before asking, "Why don't they use it more, though?" When pressed on what he would use the Time-Turner for, Matthew paused before exclaiming, "Better than saving a bird!" Finally, when asked about what project he would most love to work on, Matthew answered that he'd love to be a part of the upcoming Netflix adaptation of The Witcher, a series of video games and fantasy novels. Matthew admitted that he's read the books - and launched into a rather in-depth discussion of the characters that only fellow Witcher fans could follow - and would be happy to have any role in the series, even if only as a background character. A devoted reader of fantasy novels? Matthew Lewis - he's just like us!

Undoubtedly, one of the most anticipated panels was a joint appearance by David Tennant and Krysten Ritter, who recently costarred in the second season of Jessica Jones on Netflix. If you're feeling uneasy about your love of the Tenth Doctor after watching Tennant's chilling turn as the despicable Killgrave in the Marvel series, watching Tennant and Ritter interact in real life can do much to dispel any lingering unease.

Ritter, an avid knitter, opened the panel by sharing the projects she's working on (a blanket and sweater) before the conversation moved on to what the stars would do if given Killgrave's mind control powers. The consensus? They'd try to do good - including influencing a certain sitting President - but would quickly be corrupted. The pair also shared some behind-the-scenes knowledge about Jessica Jones, with Ritter playfully teasing Tennant for getting into character by running to set from his trailer and both recalling an incident from the filming of Season 2 where Ritter accidentally hit Tennant in the face with a canister, resulting in a bloody Stranger Things moment. Tennant lamented that while purple is probably his favorite color, and that he owns many purple clothes, he can no longer wear purple without feeling as if he's in costume as Killgrave (who is also known as "the Purple Man").

While Tennant has had a few years to adjust to the enthusiasm of fandom, thanks to his turn on Doctor Who, it's still a relatively new experience for Ritter, who admits that conventions can still make her a little nervous (in an excited way), even though she loves the energy and the outpouring of support for the show - especially from women who relate to her character, Jessica. Since she began attending events and meeting fans, Ritter shared that "A lot of people ask me to punch them" before playfully admitting, "I do it!" Tennant had a much more intense fan interaction to share with the audience, detailing the time a fan approached him in the shower at his gym to ask for an autograph. Tennant describes being totally taken aback since both he and the fan were completely naked, and signing a soggy piece of paper in the shower was nearly impossible. When Ritter and the moderator expressed surprise that Tennant agreed to the fan's request, he mused, "I mean, if he can't tell this is inappropriate, I don't know it's worth my time to explain it to him!" Luckily, most of his encounters with fans have been far more positive!

Ritter also had some practical advice to share with aspiring actors, advising them to "hone your skills like a ninja, say 'yes' to everything, and learn how to hear 'no.'" Tennant agreed that this last part is the hardest to learn how to do - even as a seasoned actor, he sometimes has a hard time with it, especially if a role goes to "someone he hates." Ritter, laughing, said that has never happened to her before; Tennant countered that it has to him, but he wasn't naming names! In terms of future projects, the moderator tried to get Tennant to reveal information about the upcoming adaptation of Neil Gaiman's novel Good Omens, but Tennant was keeping his lips tightly sealed. The most he'd share was that you can see his character dancing in "very tight pants" around Episode 4. Ritter couldn't say what acting project she was working on next but has a few ideas percolating as a follow-up to her 2017 debut novel, Bonfire.

We hope to return to Silicon Valley Comic Con next year – maybe we’ll see you there!

All photographs are by Matthew Adelman.