This is not an expansion pack for the other Hogwarts Battle card-stacking game from the same company. The Defence Against the Dark Arts edition is a standalone game. I have to admit that I have not played The OP’s original Hogwarts Battle, so I’m not able to compare the two, but it appears to be the same structure as far as being reliant on cues given by cards drawn from a deck to move gameplay forward.

This is a two-player game, in which the object is to use spells to knock your opponent’s playing piece from its starting point in the middle of the board to the edge. (No Parseltongue allowed.) The first player to win three dueling rounds wins the game. The game pieces include three decks of cards, tokens, movers, and a playing board. Set-up is fairly easy; it’s deciphering the instructions that’s a bit of a challenge. The instruction booklet gives a rundown of what each card can do and gives a scenario example, but due to the fact that every round is different depending on what set of cards you have in your hand, I didn’t find that particular scenario very helpful.

Once you get moving, the game makes more sense. It’s rather like getting past Gilderoy Lockhart’s nonsensical instructions and just jumping in to learn trial by fire. You play certain cards in your hands to gain tokens. Those tokens can be used to inflict damage on your opponent and knock them back a space, purchase additional cards and allies, and heal yourself. At the end of the round, you discard your hand and draw a new one. Something that took my opponent and I a while to realize is that you don’t discard your ally cards along with the rest of your hand. Those stay in play for the duration of the round. In other words, you can keep them out and build up an army of allies, and those benefits don’t go away until someone’s playing piece is knocked to the end of the board. Before the start of another round, all cards, including the ally cards, are discarded and you start fresh.

This game started a bit slow and repetitive, but as the rounds go on and each player has more cards in their arsenal, things start to really ramp up, making for an unpredictable and entertaining game. The deck has a good variety of cards with plenty of different actions associated with them to keep things interesting.

This is definitely a solid addition to your next Harry Potter–themed game night. Whip up some butterbeers, munch on some Chocolate Frogs, and get your wands at the ready!

Now, thanks to our friends at The OP, we get to share this amazing game with you! Starting July 1, through July 15 at 11:59 p.m. Eastern, readers in the United States and Canada can enter to win one of two copies of the game, as well as one of ten sets of promo cards from the game. 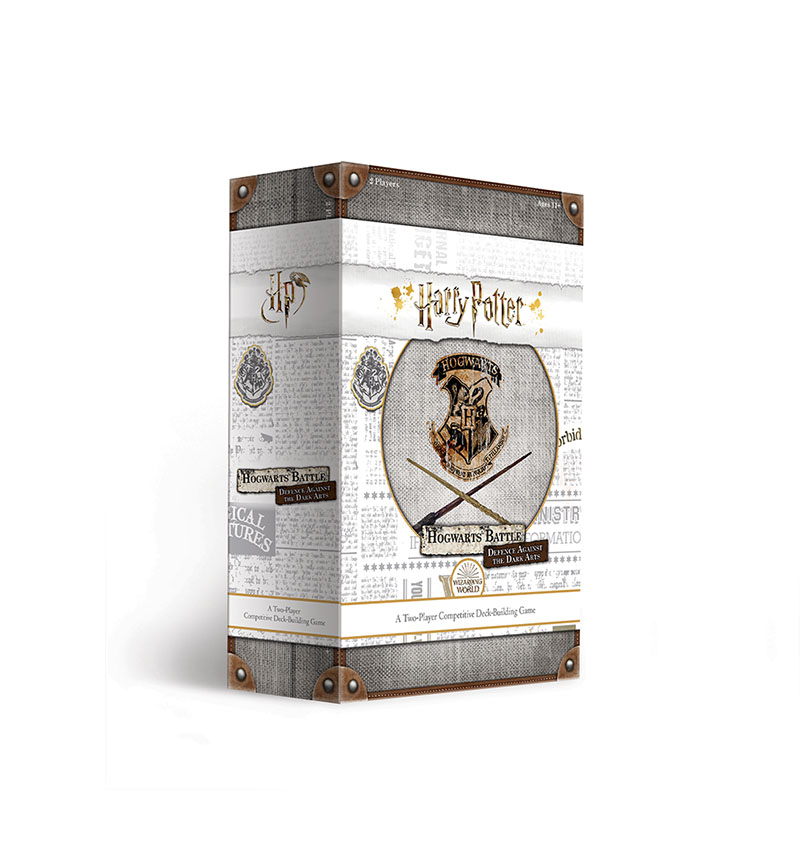 Harry Potter Hogwarts Battle: Defence Against the Dark Arts, front of the box 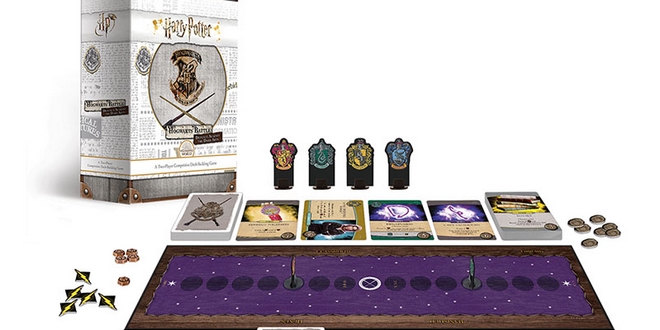 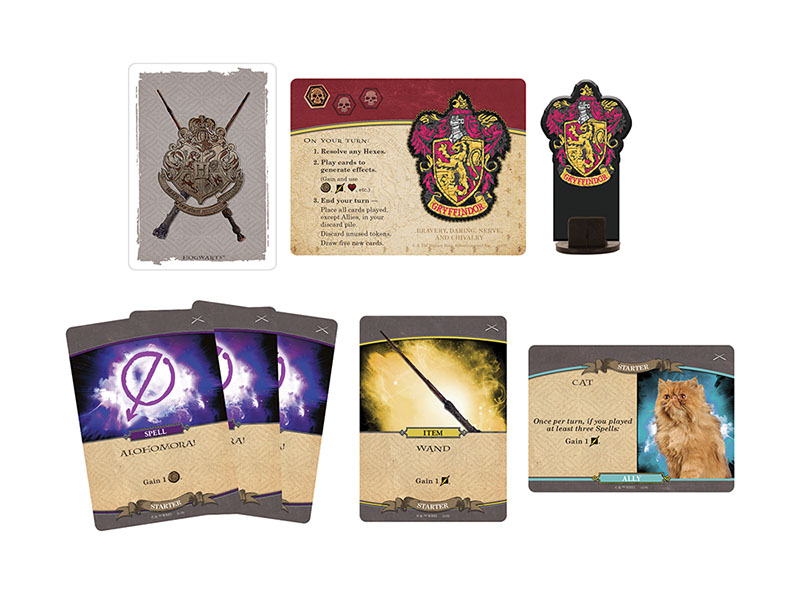 Winners will be contacted after July 15 and must respond within 24 hours, or another winner may be chosen. Don’t waste any time entering this giveaway – you’re going to want to bring this game home!

A review copy of Harry Potter Hogwarts Battle: Defence Against the Dark Arts was provided to MuggleNet for review. All opinions belong to the reviewer.