Take an EXCLUSIVE Look Inside “Exploring Hogwarts: An Illustrated Guide” from Insight Editions

Back in May, we previewed Harry Potter: Exploring Hogwarts: An Illustrated Guide, set to be released October 8. Now, MuggleNet can exclusively share with you some interior spreads from the book, which features gorgeous new renderings of some of the most iconic Hogwarts locations. What’s unique about Exploring Hogwarts is that it pairs new, full-color illustrations with facts from the books and films. The spread below, focusing on the Room of Requirement, shares behind-the-scenes facts about the student headquarters of Dumbledore’s Army, including character Patronuses and movie magic secrets about how notable scenes were brought to life. 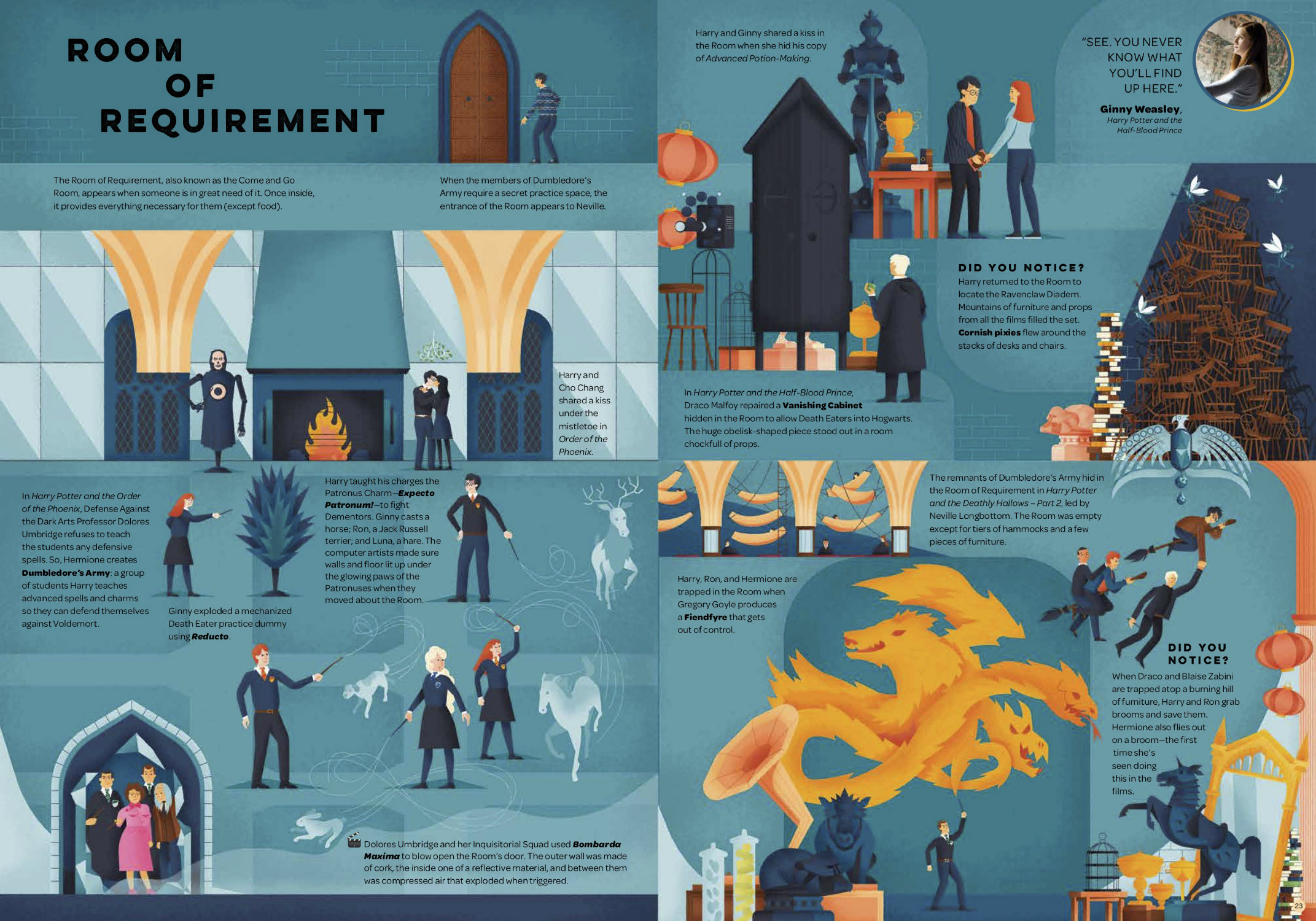 In the “Quidditch Pitch” spread, you can brush up on how the world’s favorite wizarding sport came to life on-screen with facts like these: 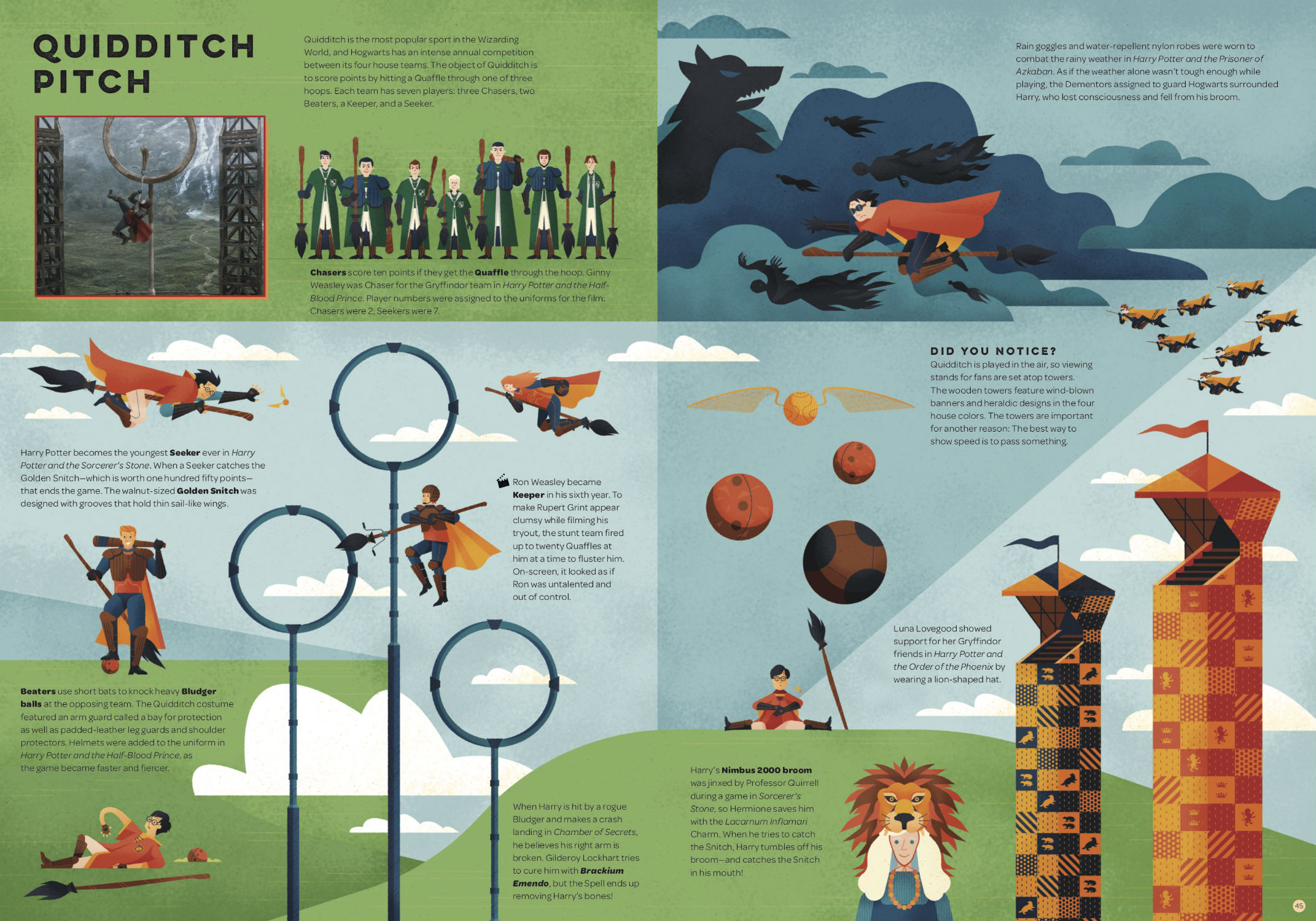 The final spread we have to share with you is “Hogwarts Classrooms,” which highlights the locations of some of the films’ most memorable scenes of magical instruction, including Hermione’s moment of Levitation Charm greatness and the Gryffindors’ fateful mandrake Herbology lesson. Did you know that the set of Slughorn’s Potions classroom was decorated with five hundred jars with handwritten labels? You will after perusing Exploring Hogwarts! 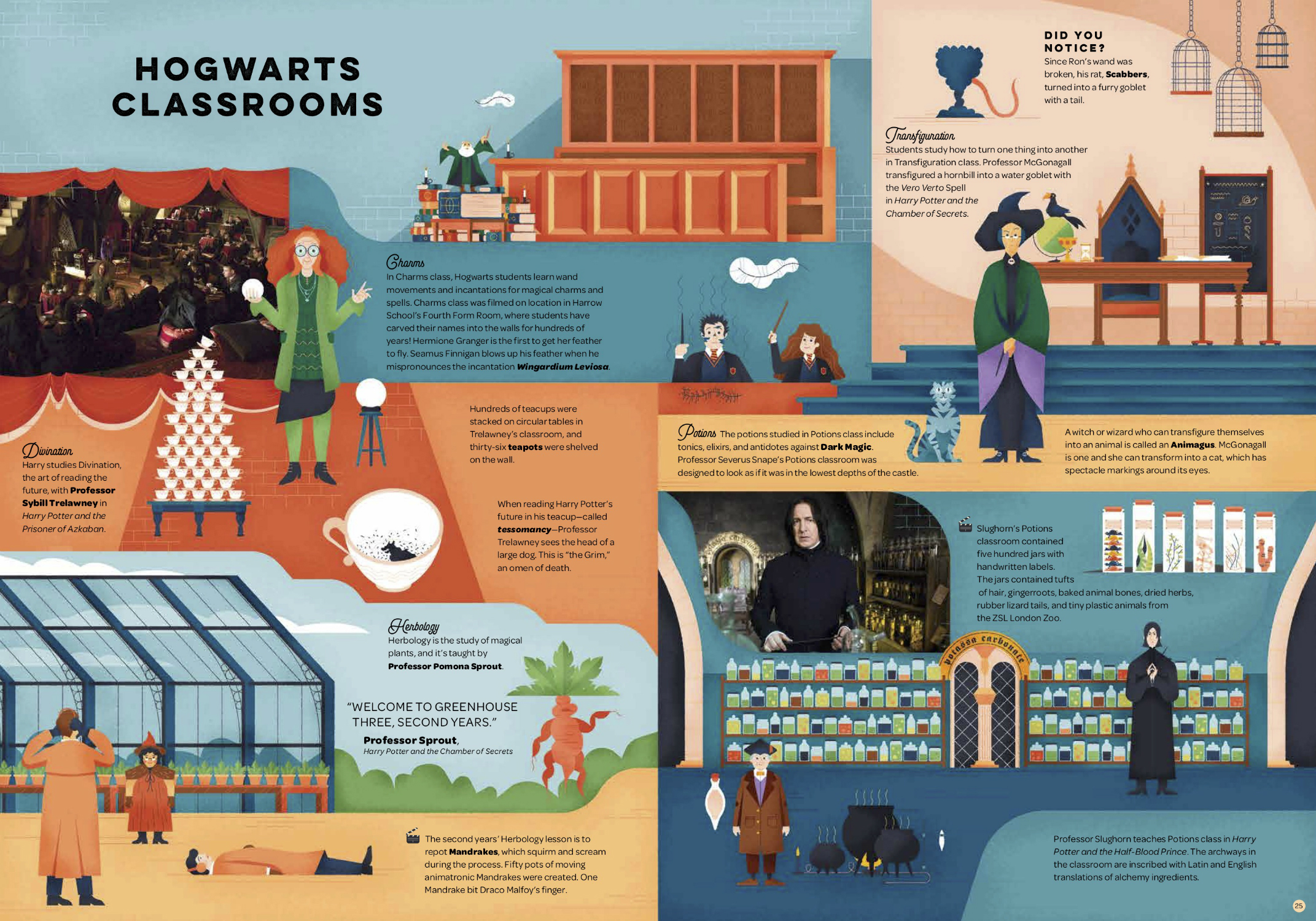 Exploring Hogwarts: An Illustrated Guide is the first in a series of large-scale interactive books from Insight Editions highlighting iconic locations from the Wizarding World films, with more installments to come in the future. Be sure to preorder your copy today.