Jane Austen’s Northanger Abbey tells the story of Catherine Morland and her innocence that sometimes borders on self-delusion. Much like Harry Potter, Northanger Abbey is a coming-of-age story with villains hidden in plain sight. This satirical novel pokes fun at gothic novels and is a good read for Potter fans who find themselves lost in the stories that they read and look for the best in others. Although Northanger Abbey was published nearly 200 years before the first Harry Potter book, it’s hard not to imagine which of the Hogwarts Houses Catherine, the Thorpes, and the Tilneys would be Sorted into. 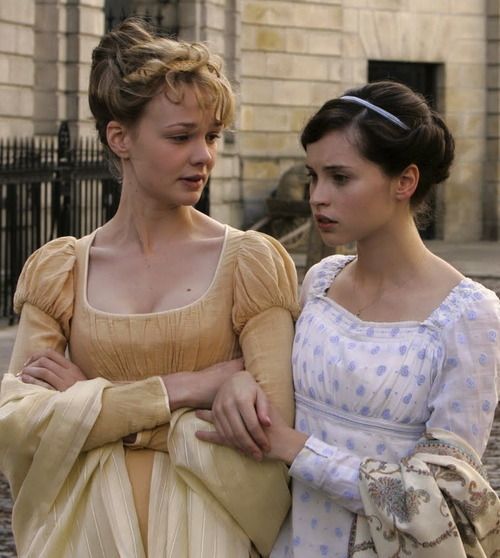 Catherine’s innocence reminds me of Luna Lovegood when she was first introduced in Harry Potter and the Order of the Phoenix. Luna is not a stupid girl, but she chooses to see the best in people. Catherine tends to live in a fantasy world of her own, much like Luna with her Nargles and Wrackspurts. Because of how similar she is to Luna, and her obvious love of literature (even just for entertainment), I’d consider Catherine to be a Ravenclaw.

Catherine hoped at least to pass uncensured through the crowd. As for admiration, it was always very welcome when it came, but she did not depend on it.” (Northanger Abbey, ch. 2)

Isabella is very manipulative of those around her, and she tends to have others do her bidding. Because her family is not wealthy, she will do whatever it takes to marry a wealthy man. After she successfully secures James Morland but learns that she has to wait years to acquire his fortune, she sets her sights on Henry Tilney’s older brother instead. Her disregard for James’s feelings and her sole focus on marrying well make Isabella a Slytherin.

I have no notion of treating men with such respect. That is the way to spoil them.” (Northanger Abbey, ch. 6)

James, Catherine’s older brother, is a humble and loving gentleman. Much like Catherine, he is sweet, but he is not the best judge of character. Because of his humility and naivete, I would consider James to be a Hufflepuff.

Dearest Catherine, beware how you give your heart.” (Northanger Abbey, ch. 25) 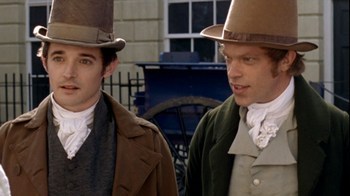 John Thorpe, Isabella’s older brother, is overbearing, forceful, and arrogant. He thinks that the world owes him something and that he can just take what he wants. His domineering character makes him a Gryffindor.

[…] it was clear to her that the drive had by no means been very pleasant and that John Thorpe himself was quite disagreeable.” (Northanger Abbey, ch. 9)

Henry Tilney is clever, handsome, sarcastic, and intelligent. He tends to be a cynic. Henry tends to be a tease and finds enjoyment in questioning Catherine’s actions. Overall, Henry is an affectionate gentleman, but his pessimism and taunting nature make him a clever Slytherin.

The person, be it gentleman or lady, who has not pleasure in a good novel, must be intolerably stupid.” (Northanger Abbey, ch. 14) 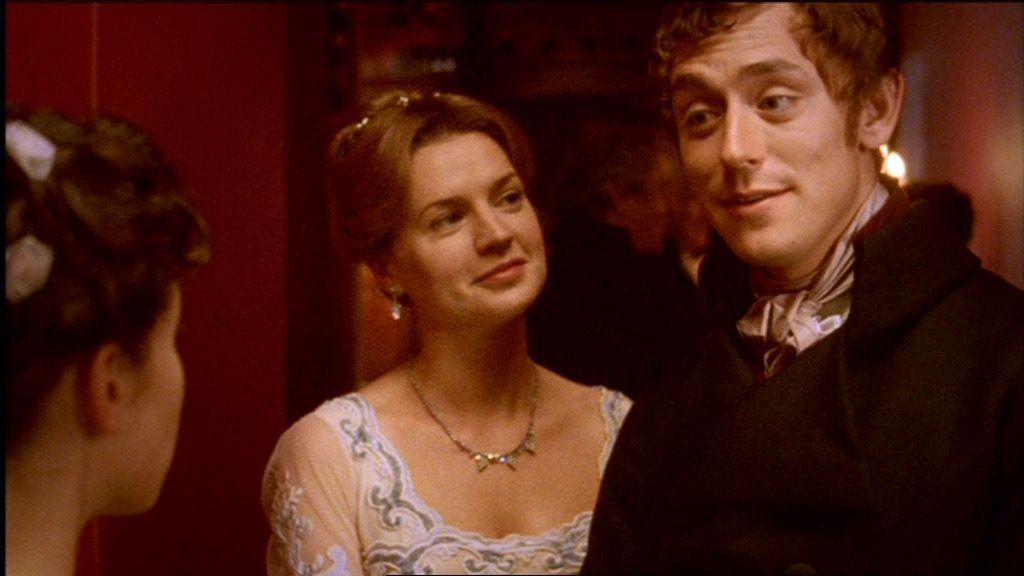 Eleanor is a sweet, shy-at-first, loyal friend. She feels things – like the loss of her mother and her father turning Catherine away – very deeply. Her kind disposition and her desire to treat people right make her a Hufflepuff.

Miss Tilney had a good figure, a pretty face, and a very agreeable countenance; and her air, though it had not all the decided pretension, the resolute stylishness of Miss Thorpe’s, had more real elegance.” (Northanger Abbey, ch. 8)

General Tilney is rude, overbearing, stern, and traditional. His military nature often dictates his actions throughout his life. He is difficult to get along with, but in general, he wants what is best for his children – even if he doesn’t want to hear what they think is best for them. His desire to be seen and advance his social standing make him a Gryffindor (with some Slytherin tendencies).

The General, accustomed on every ordinary occasion to give the law in his family, prepared for no reluctance but of feeling, no opposing desire that should dare to clothe itself in words, could ill brook the opposition of his son, steady as the sanction of reason and the dictate of conscience could make it.” (Northanger Abbey, ch. 30) 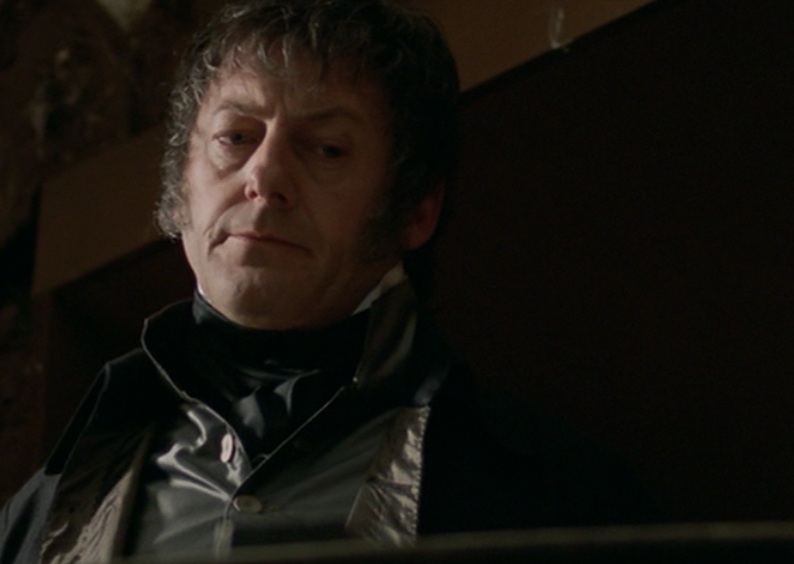 Captain Tilney is aware of how handsome and desirable he is, and he uses it to his great advantage. He is very much his father’s son, taking advantage of those around him without a second thought. Captain Tilney is greedy, conniving, and selfish. With an abundance of negative qualities that outweigh the positive, he is the worst kind of Slytherin.

I have very little to say for Frederick’s motives, such as I believe them to have been. He has his vanities as well as Miss Thorpe, and the chief difference is, that, having a stronger head, they have not yet injured himself. If the effect of his behavior does not justify him with you, we had better not seek after the cause.” (Northanger Abbey, ch. 27) 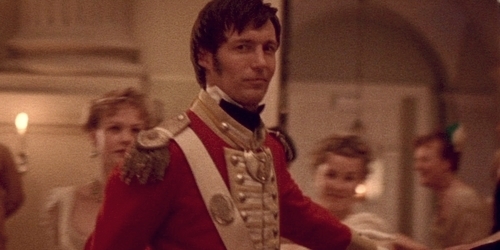