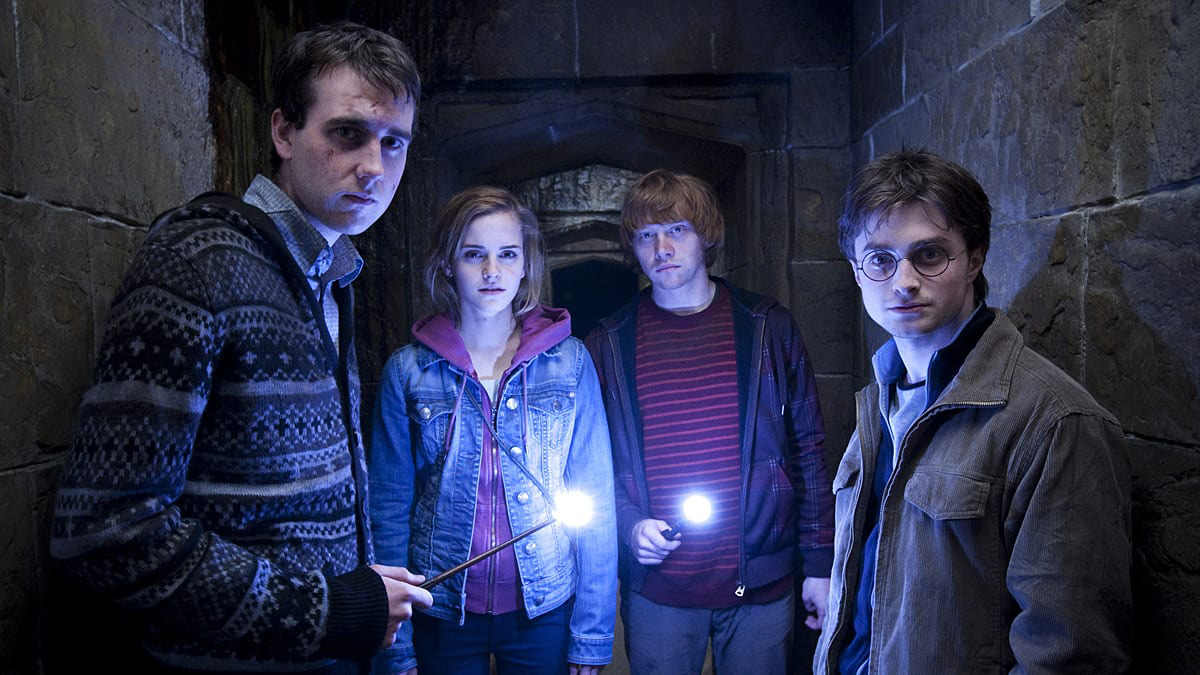 The cool kids lighting up outside of school.
—Hot Stu

Harry: “I don’t need to impress you all by whipping out my wand. My subtle smirk says it all.”
—Friend of Fawkes

That moment when you realize you’re in charge, and everyone thought you already knew.
—Troi

Harry and Hermione were quite embarrassed when they realized they forgot to bring their glowsticks to the Weird Sisters concert.
—Sam

“We’re not going to find a way out of this escape room.”
—Lauren

Neville: “Luna, while your lion-eating-a-snake hat is good for morale, and certainly is representative of what’s going on here, it attracts a lot of attention and this IS a secret mission.”
Ron: “Bloody cool, though.”
—Grace

When yo mama walk in when you summoning a demon with yo friends.
—Ellie

Aberforth: “…and that is what really happened with the goat… Why are you looking at me like that?”
—Grace

Neville, Hermione, Ron, and Harry had a feeling they were being watched… by people in theaters everywhere.
—Rufus

The awkward silence followed by someone saying the movies are better than the books.
—Jack H.

The holographic characters in the line for the Forbidden Journey ride are getting more and more realistic.
—Emmmmz

“Look at those strange people watching us in their Muggle picture box.”
—David

“You probably haven’t heard of us. We’re pretty underground.”
—Sondra