Sorting “How the Grinch Stole Christmas” Characters into Their Hogwarts Houses

It’s the Christmas season, which means lots of Christmas music and movies everywhere. One of my favorite festive films is the 2000 film, How the Grinch Stole Christmas. During my latest rewatch, I couldn’t help but wonder which Hogwarts Houses some of the characters would belong in.

The Grinch has a troubled background and childhood. Constantly bullied by his peers, it’s no wonder why he isn’t their biggest fan. In order to get revenge on them, like a true Slytherin, he uses his cunning to make them all as unhappy as he is by stealing Christmas. Ultimately, just like Snape and Regulus Black, he learns the error of his ways and works to redeem himself, and he ends up joining the Whos’ celebration.

A kind and young girl, Cindy just wants everyone, including the Grinch, to have Christmas spirit and be involved in the festivities. She wants to believe the best of everyone, despite how everyone in her community feels and what they do. She is willing to do whatever it takes to ensure that the right thing is done, even if it means going against her friends and family. It took a lot of bravery and courage to fight for the Grinch, which makes her a Gryffindor.

Although she was slightly kinder to the Grinch than her other classmates when they were children, she does not go after him when they bully him. Her loyalty to him is tested over the years, as she goes on to become engaged to the mayor. However, she is moved by Lou’s speech about Christmas and ultimately proves herself as a Hufflepuff when she stands by the Grinch at the end.

As both a child and an adult, Augustus was cruel to the Grinch. When they were children, he constantly picked on him, and as an adult, Augustus purposefully gave the Grinch a razor, which reminded him of his traumatic childhood. Augustus’s cunning plan to turn the citizens of Whoville against the Grinch puts him in Slytherin.

When the Grinch left Whoville and moved to a mountain, his dog, Max, was his only companion throughout the years. Max stands by his owner and goes along with his ridiculous schemes, even getting dressed up as Rudolph. 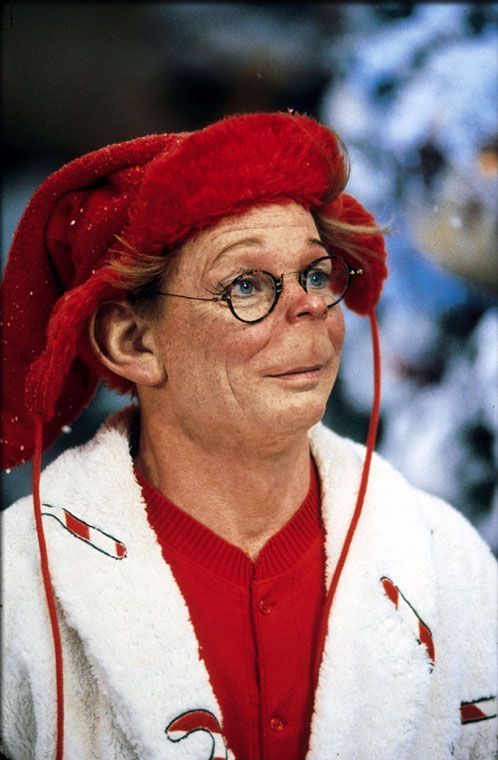 Cindy’s father, Lou, is the cheerful and slightly scatterbrained postmaster of Whoville. At the beginning of the movie, he, like the other residents, shuns the Grinch and believes that he should be left alone. However, when the Grinch steals all the presents and the Mayor blames Cindy, he stands up for his daughter and reminds everyone that the true meaning of Christmas is to spend time with friends and family. This speech took a lot of bravery, proving that he is a true Gryffindor.