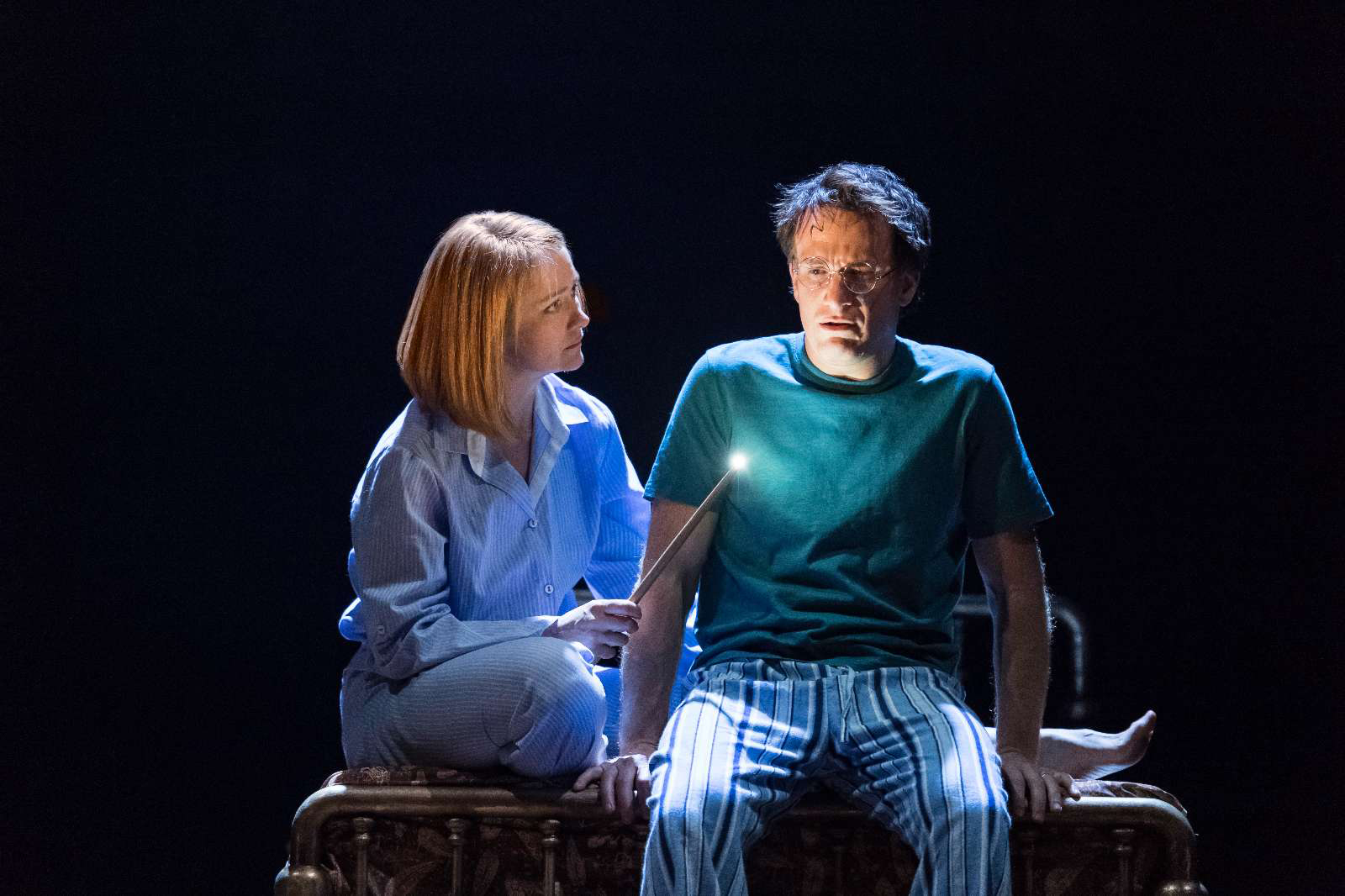 Harry: “Ginny, why are you pointing your wand at me?”
Ginny: “It’s not a wand. It’s a nostril trimmer with a light so you can see up your nose.”
—Josh

Harry: “I think we overdid the space expansion charms in here. The window is open, facing the sun, it’s midday, and I can’t see a thing!”
—Troi

Harry: “I had the strangest dream… Cedric was a Death Eater and the Hogwarts Express trolley lady had claws…”
Ginny: “No more Fizzing Whizbees before bed.”
—Evelyn

Harry: “You have a different wand?”
Ginny: “Well, the budget for our play is different from the movies.”
—Liam

Harry: “I’ve just thought of the perfect name for our next child. We’ll call him Rubeus Colin Dudley Peeves Potter.”
Ginny: “For God’s sake, just let me name the next one after Fred.”
—Sam

Harry: “I just had a nightmare. It seemed so real.”
Ginny: “What was it?”
Harry: “These guys decided to make a play about us, except none of us acted like we actually would’ve. Like, I told Albus I wished he weren’t my son, and Voldemort had a child.”
Ginny: “Don’t worry. That didn’t happen.” (crosses fingers)
—Jack (Hufflepuff)

Harry: “I had a dream I was being attacked by your Bat-Bogey Spell.”
Ginny: (shifts her eyes from side to side)
—Emma

Harry: “Oh, Merlin. I just had the most awful dream that I had named one of our kids after Professor Snape!”
—Harry

Ginny: “Harry, why is your scar twice as big?”
Harry: “To avoid copyright with Warner Bros.”
—Peter

Ginny: “Harry, why aren’t you wearing the matching pajamas I got you?”
Harry: “I couldn’t find them.”
Ginny: (glares)
Harry: “Fine, I hated them and set them on fire.”
—J’aime les chats

Ginny: “Harry, are you all right? You kept yelling, ‘More cowbell!'”
—Peter

Harry: “I still don’t get why Jack had to drown while Rose stayed floating on the door.”
—Macy