Earlier this week, developer Niantic should have finished rolling out a brand-new update to Harry Potter: Wizards Unite. The release notes for update 2.18.0 didn’t mention any fixes to glaring bugs, like the dysfunctional Adventure Sync on Android devices, but rather introduced new features into the game, the most important of which was the addition of the new Registry Family for the 1920s Wizarding World Convergence. The other big update was the inclusion of an optional sponsored Daily Task, which provides another opportunity to earn rewards. Check out the rest of the new features in the release notes below:

The change in beam colors on the overworld map seems like a great quality-of-life update that you likely didn’t realize would be helpful until you saw it. However, the update to potions usage is the most significant change to gameplay. The option to use potions from the map could really help witches and wizards prepare for a potentially difficult Encounter. In addition, the choice to use more than one potion during Encounters opens up tons of possibilities. All these new features were likely incredibly helpful during the two events that took place this week.

The most-anticipated event this month took place from August 18 to August 20. The 1920s Wizarding World Convergence allowed witches and wizards to travel back in time and fill out the new Registry Pages, based on the Fantastic Beasts film franchise. If you have any photos of your magical exploits in 1920s Paris, be sure to tag us on Instagram!

Following the conclusion of the Convergence, this month’s Community Day took place yesterday. The event focused on increased spawns of Weasleys’ Wizarding Wheezes Traces such as Proprietor George Weasley, Proprietor Fred Weasley, Lee Jordan, and Puking Pastilles Display. It also included a Flying Ford Anglia reward from special Portkeys and a Guaranteed Skiving Snackbox from Wizarding Chambers when you used Wonders of the Wizarding World Runestones.

After such a busy week, players should take today to rest up and prepare for the upcoming Brilliant Event starting tomorrow, August 23 at 11:00 a.m. PDT and ending on August 30 at 11:00 a.m. PDT. Prisoner of the Vow Brilliant Event Part 1 focuses on Harry and Hermione’s continued quest to restore Ron’s memories by reliving the events of Harry Potter and the Prisoner of Azkaban, Harry’s third year at Hogwarts. Check out the list of Brilliant Foundables below and their respective locations: 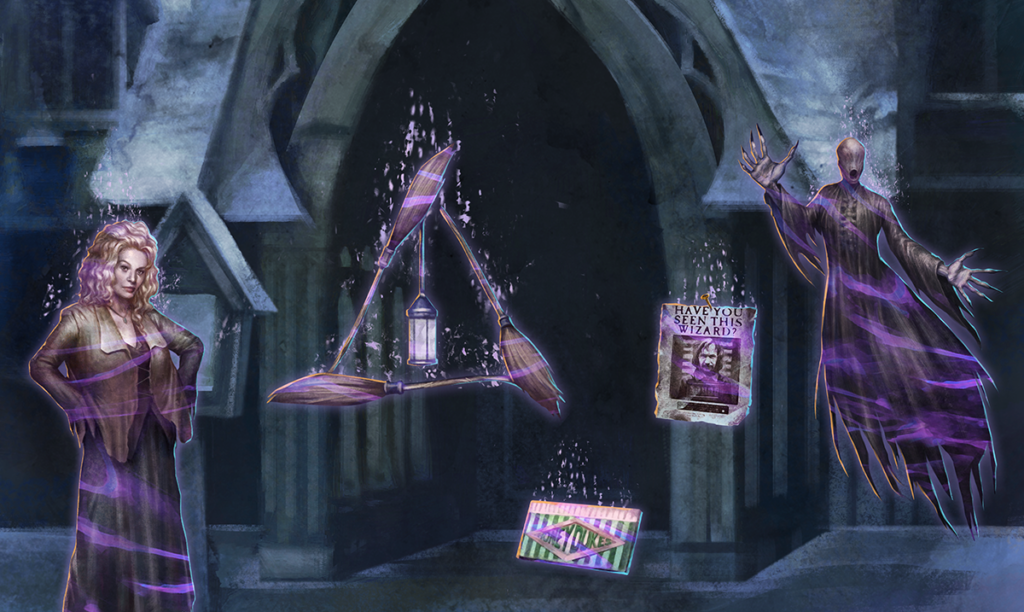 For Prisoner of the Vow Brilliant Event Part 1, players will have to face boggarts to retrieve all the Brilliant Foundables.

What makes this event more challenging is that you’ll have to duel a boggart guarding each Foundable. Witches and wizards are advised to keep a funny image in mind starting tomorrow.

Are you excited about all the updates to potions usage? What combinations of potions do you see yourself using during Encounters? Let us know in the comments.