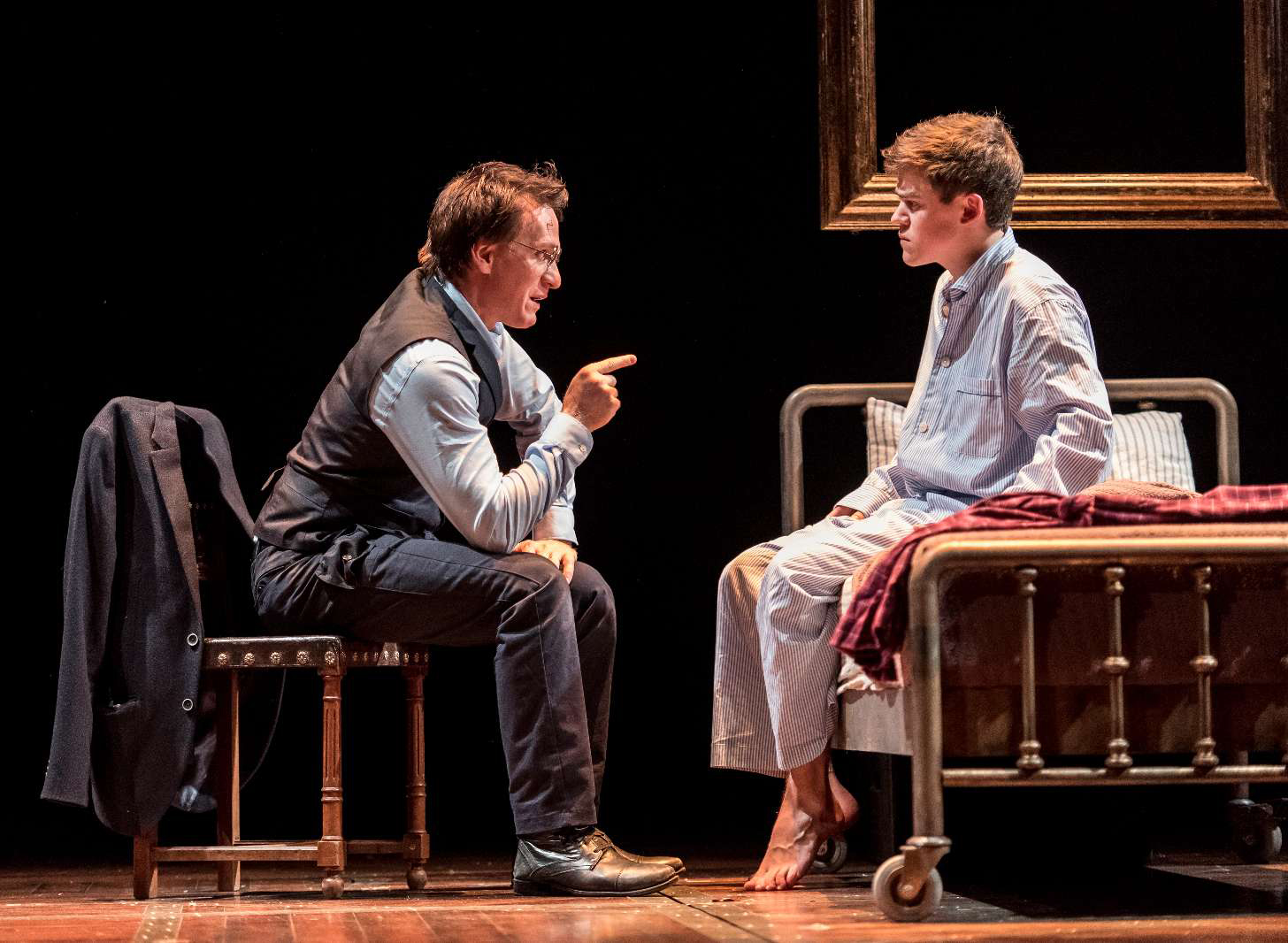 Harry: “Nimbus 2000 Firebolt Potter, you were named after the two best racing brooms in the world.”
—Brienne

Harry: “Treacle Tart Potter, you were named after the best dessert known to wizardkind.”
—Alea

Harry: “Okay, I know you don’t like having ‘Severus’ as your middle name, but just know that we almost went with ‘Albus Voldemort Potter.'”
Albus: “You had it in for me from the start, didn’t you?”
—Sam

When your dad is the Chosen One and can Apparate right to your bed at Hogwarts.
—Hagrid’s Helper

Harry: “I know you’re scared, but let me tell you the first words I heard Dumbledore say. ‘Nitwit! Blubber! Oddment! Tweak!'”
Albus: “What?”
Harry: “It’s Klingon. It means, ‘Someone put itching powder in my pants.'”
—Josh

Dad Potter and the attempt at a race car bed that didn’t work out.
—Troi

“What did I tell you about scaring the men in your painting out of the frame?”
—Hagrid’s Helper

Harry: “Albus, I respect the phase you’re going through, but painting your bedroom with black is just going one step too far.”
—Irene

Harry: “I am frustrated with you right now, Albus. But instead of telling you that I wish you weren’t my son, I’m going to put aside my frustration SINCE I’M A GOOD PERSON.”
John Tiffany and Jack Thorne: (from backstage) “Cut!”
—Jack (Hufflepuff)

Me explaining Squid Game to my friends.
—Alwin

Harry: “You’ll be severely punished for breaking the rules like this.”
Albus: “Mum says you won House points every time you broke the rules.”
Harry: (under his breath) “Dammit, Ginny.”
—Antonello

“That’s it, son. We’re taking you to get that vein in your foot looked at.”
—Gem