Someone passed along to us a bunch of call sheets from the Goblet of Fire set. We can’t post all of them, unfortunately, but here is a dance rehearsal schedule from late last November. (Most of the sheets just contain mundane information anyway, like food, driver, and chaperone schedules.) 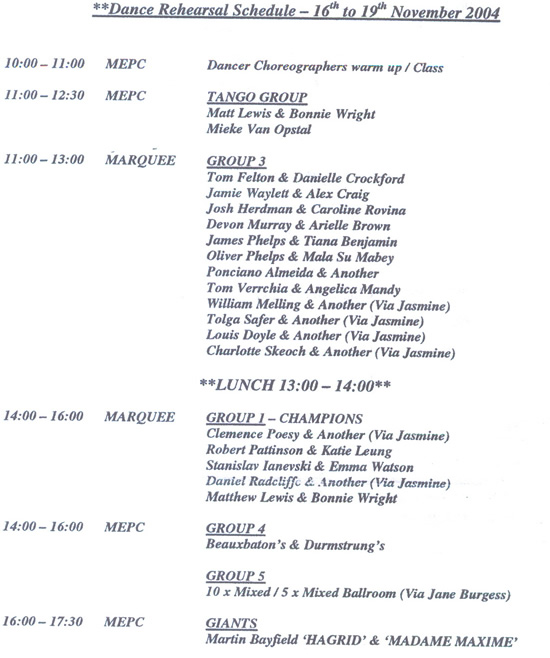 Dance Rehearsal callsheet for actors in Goblet of Fire

A few things worth noting: