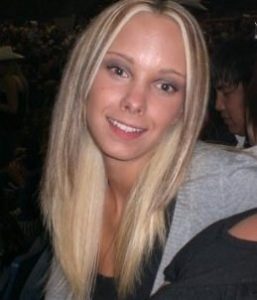 17-year-old Ashley from the United States

When I was in the first grade, my teacher Mrs. Rowan gave me the first book because she knew I liked fantasy books, such as the Magic Treehouse books. I was immediately obsessed and read through the books as soon as I could get my hands on them. I shared the books with my friends, and we would play Harry Potter at each other’s houses and make potions together.

Imagine a world where you are 10 years old and do not know wizards exist. One day, a letter from Hogwarts comes, just for you. Would your reaction be disbelief, like Harry’s? Or something else?

I would be shocked, but I would believe every word of it. My imagination at the age of ten left nothing to be desired, and I would always pretend I was an Egyptian Queen or a witch. I would want nothing more than to know that I was special in a way, and it would be fantastic.

Finally convinced that you’re a wizard and are off to a school you’ve never heard of, to do magic that you didn’t believe was possible, you head to Diagon Alley to get some school supplies, including a pet. You can choose from a toad, a cat, or an owl. Which would you choose and why?

I would choose an owl so I could keep in contact with my muggle family and because they are such beautiful creatures. I’ve always thought that birds in flight were beautiful, and if I could have one for my very own, I wouldn’t hesitate for a second.

There are so many new people to meet on the Hogwarts Express! Which Harry Potter character would you become fast friends with and why?

I would become good friends with Luna Lovegood, because while she is a bit zany at times, she is so interesting to talk to! It may be a bit of a puzzler to figure out when she’s talking fact or not, but a conversation with Luna Lovegood would never be boring.

You’ve heard so much about a test that you’re going to need to take first thing when you get to Hogwarts! You are terrified until you see that it’s only a hat that sits on your head, and shouts out the house that you’ve been sorted into. What does the hat tell you?

I am in every way a Ravenclaw. For as long as I can remember, I’ve asked questions and have always wanted to know more and more about the world around me. I try to surround myself with people who are intellectually stimulating, and I spend my spare time reading anything I can get my hands on.

You love ALL of your classes at Hogwarts, learning how to make things fly, and to even fly yourself! There’s just one that you really dread going to, and that class is…?

I would absolutely despise History of Magic. While I love to learn, I hate being forced to learn anything. I learn so much better if I do it of my own free will, and spending hours every week listening to a transparent figure drone on and on would take the fun out of knowing wizarding history.

Congratulations! You made the Quidditch Team for your house, and first-years NEVER make the team! What position are you playing?

I am a Chaser, but not the one that generally does the scoring. My expertise is passing the quaffle to other players and distracting the other team with dangerous and exciting flying moves. I’m pretty good at dodging the bludgers as well, much to the annoyance of the other team’s Beaters.

One of the things that makes me such a big Harry Potter fan is my collection. As of now (and chances are this number will have grown by the time this gets posted) I have a total of 1,228 different Harry Potter things catalogued. Also, I entered Ellen’s Harry Potter contest but read it wrong, thinking I had 2500 words, but it was characters.