The theme park blog Behind the Thrills recently posted some new photos of the Diagon Alley expansion in which you can see some completed walls! 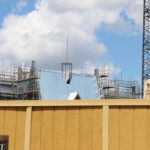 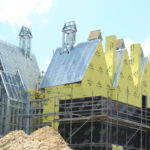 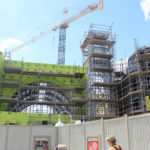 The blog also had this exciting tidbit to share: Many have spotted the Hogwarts Express trains on site, though they are in an area of the park that cannot be seen by the public.

It looks like Universal has the Diagon Alley expansion on the fast track for completion! The blog also reveals that some new Harry Potter merchandise will soon be on sale in Orlando, including framed concept art for the park and large gold and silver metal crests for each of the Hogwarts houses.

What do you think of the new photos? What part of the expansion are you most looking forward to?