I consider myself to be a Potterhead, and as such, I’ve reread each book in the series no less than 15 times since I was seven. I used to think it was a pretty normal thing to do, but talking to real normal people made me realize that rereading the same words so many times isn’t common; it’s actually weird. I suppose Potterheads are fairly strange creatures. It’s not like we have superpowers or anything (I wish!). We just happen to be waaaaaay too attached to anything related to the world of the Boy Who Lived. Many times, we don’t realize just how weird some of our Potter-induced habits may appear to others. It makes us special in some strange way. Here are some of my weird experiences as a Potterhead: 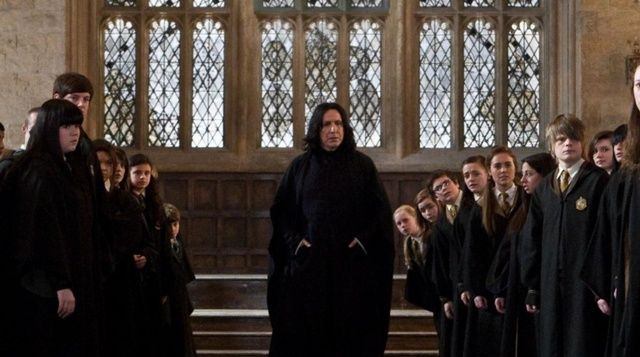 Sometimes people judge you when they learn you’re obsessed with fantasy novels. I’ve earned a few weird stares when I say I’ve reread the same series so many times, and some people have told me how much of a weirdo I am. But judge you or not, I’ve realized people will always stare at you whenever someone makes a Potter-ish comment. It’s irrelevant if you’re sitting at the very back of the classroom. They’ll take the time to turn around and stare at you with knowing smiles.

My classmates have taken a liking to waving their pencils at me in a very Leviosa-according-to-Ron way while shouting random spells. I should find it sweet, but I cringe every time someone says a spell wrong, which happens quite often. I’ve taken quite a few “Wingardia Leviosaaa” charms, not to mention “Avrada Cadavra” curses. I just imagine the face Hermione would make if she saw them…

3. Reacting every time someone whispers “Potter”

It’s incredibly hard not to listen in whenever someone is talking about your favorite book. It doesn’t matter if it’s a complete stranger. You will feel the need to join the conversation. My sister has noticed that I jump every time I hear “Potter.” Sometimes she sits outside my bedroom and says “Harry Potter” to make me to come out. I also have a friend who sits behind me in class and spends the entire hour whispering random Potter-related words in an attempt to distract me when he’s bored. 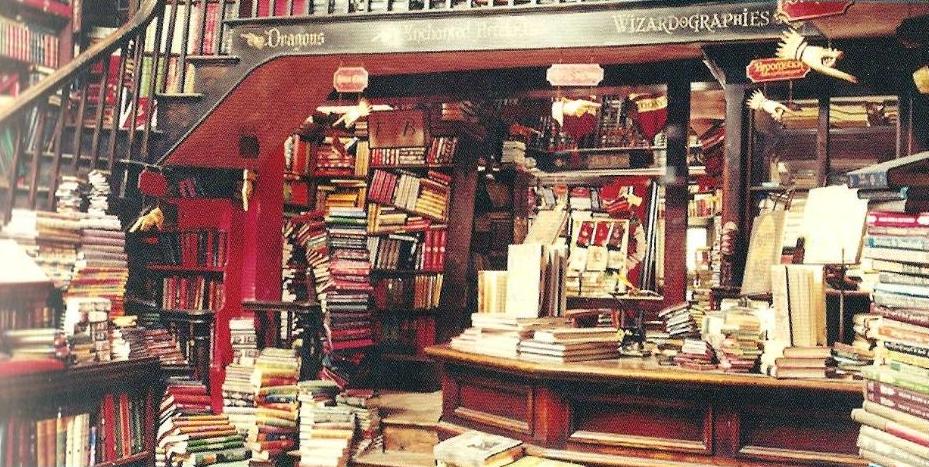 For some reason, when I go to a bookstore I feel the need to look for the Harry Potter series, just for the sake of seeing them. I bet it’s really creepy, but I can’t avoid smiling at kids who get their first copy of Philosopher’s Stone or jumping to help anyone who’s considering buying the series. Once, I got mad at a kid who thought watching the films was the same as reading the books and attempted to buy the third book before reading the first one. 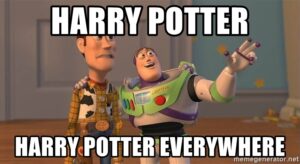 I literally cannot read a book without spotting at least one detail that reminds me of the wizarding world. Did the author do it on purpose? Is he/she a Potterhead as well?! Take John Green, for example. I still wonder if his “always” in The Fault in Our Stars has something to do with Snape and Lily. I always end up looking for a list of the author’s favorite books and go on fangirl mode every time I find that they love Harry Potter.

The world can become a little bit weird when you obsess so much about a book. I guess it’s part of being a Potterhead. It wouldn’t be natural for us to be the same as any other ordinary Muggle.