The first poster for the new documentary, Mudbloods, which celebrates real-life Quidditch leagues that are taking place across college campuses in America, has been released. You can check it out below. 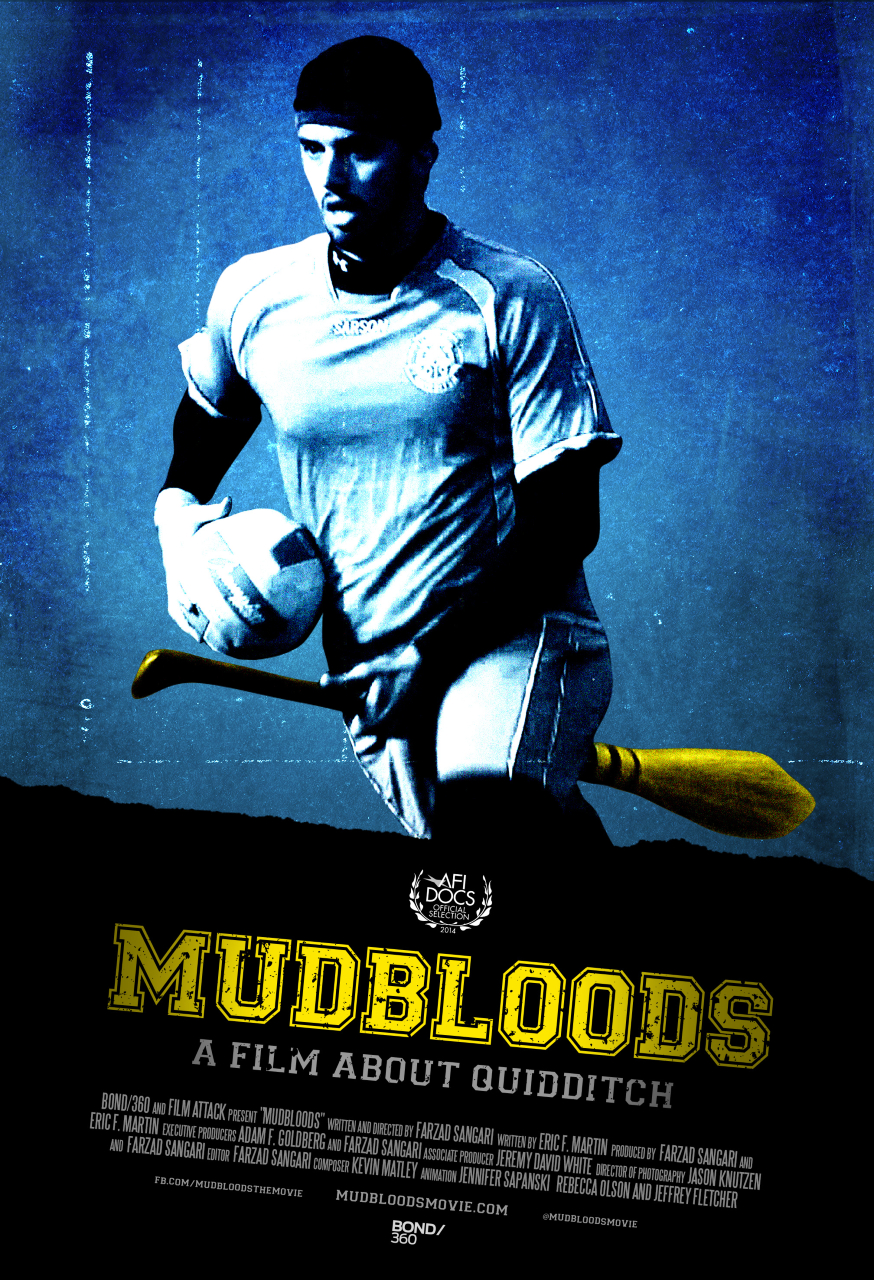 The film is set to hit theaters this October, and it will premiere at next weekend’s AFI Docs Film Festival in Washington, D.C. Be sure to check out the official website here for more information about the documentary. Do you plan on watching this? Let us know in the comments.

BOND/360 TO RELEASE MUDBLOODS THIS OCTOBER

BOND/360, the distribution division of BOND Strategy and Influence, announced today that they will distribute MUDBLOODS, the rousing new documentary that follows the physically demanding, real-life competition of quidditch—a previously fictional sport from J.K Rowling’s Harry Potter series, which has become one of the fastest-growing collegiate club sports today. BOND/360 will distribute the film on all major VOD platforms in addition to exclusive theatrical engagements in October 2014.

MUDBLOODS follows the resilient underdogs of the UCLA Quidditch team as they make their way to the Fifth Annual Quidditch World Cup in New York City. Through nail-biting victories and losses, the dreamers, creators, and athletes who make up this exceptional community come together to make this magical sport into something you could’ve never imagined–until now. “Mudbloods gives audiences a glimpse into a growing collegiate sport that was inspired by the preeminent cultural touchstone of our generation… Harry Potter,” said Amanda Lebow, Director of Film Strategy for BOND/360. “Farzad Sangari is a talented up-and-coming filmmaker with a remarkable humanistic touch. We couldn’t be more pleased for BOND/360 to be sharing this film with the world." Directed by former UCLA film student Farzad Sangari, the film will have its world premiere at AFI DOCS in Washington, DC on Saturday, June 21—followed by a limited theatrical and full digital release.