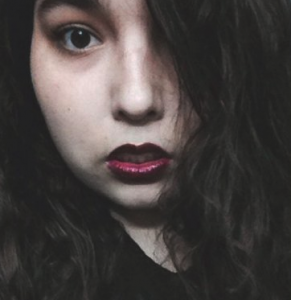 My dad used to read the books to me and my siblings when we were little kids so it just became a heavy presence in my life. Now, more than ten years later, I still read all the books, watch all the movies and just talk about it nonstop.

I think it would have to be Luna’s shoes from the ending of The Order of the Phoenix. There’s something about that scene that makes me so happy. Luna is one of my favorite characters in the entire series and it makes me so proud that she doesn’t let what people say affect her. So I think those shoes and that scene represent her whole entire character.

I feel that my patronus would be any sort of puppy (more specifically a Labrador Retriever). They’re friendly, will be there for you no matter what, they’re always playful, but the moment that someone tries to hurt you they become defensive and will have your back. I’d like to think that’s the type of person I am and my patronus would reflect that.

Having someone with me at all times.