We announced a little while ago that a Paddington trail, with Paddington statues decorated by various well-known names, would be placed around London in honor of the upcoming film. The trail was unveiled today, and among the statues are the bears that Potter stars Emma Watson, Julie Walters (Mrs. Weasley), and Stephen Fry (UK audiobooks) have designed. We can finally see all of the designs in all their glory as well as find out where exactly they are all located.

Check out Emma, Walters’s, and Fry’s designs below: 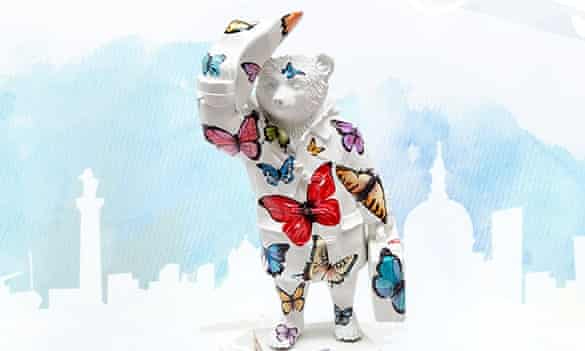 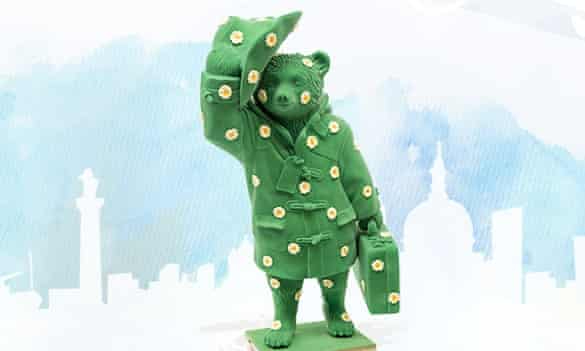 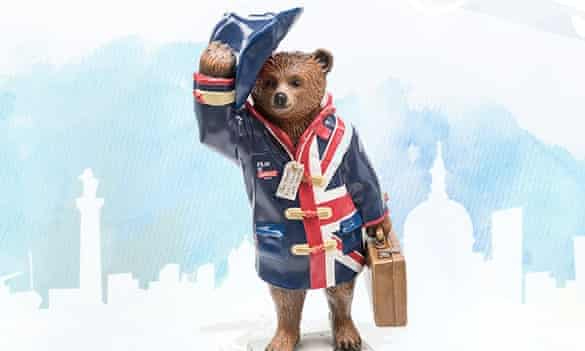 Some of the other designers include Hugh Bonneville, Peter Capaldi, Benedict Cumberbatch, and Nicole Kidman – and many more!

The statues will be scattered about London in various locations. You can find out more about the trail itself here, including details of how you can get involved, what will happen to the statues after the trail, and pictures of all the bears. The trail is due to run from November 4 through December 30.

Paddington, produced by Potter producer David Heyman and featuring Julie Walters and Jim Broadbent (Professor Horace Slughorn), is due to be released at the end of this month. A new trailer was released last week, which you can watch here.

If you’re going to be in London in the next couple of months, make sure you check the statues out! You can read the full press release below.

Are you hoping to see the statues and follow the trail? What do you think of the designs? Let us know in your comments below!

November 4, 2014 – LONDON. VisitLondon.com, the NSPCC and STUDIOCANAL revealed 15 of the much anticipated statues for The Paddington Trail, sponsored by Barclaycard.  The stunning statues were accompanied by some of the celebrities and artists who designed the unique artworks that will go on display across London today (Tuesday, November 4).

Visitors will be able to follow in the furry footsteps of the world’s favorite Peruvian explorer visiting locations across the capital from as far west as Heathrow through to the O2 in the east, taking in some of London’s key cultural and landmark hotspots such as The Royal Opera House, Museum of London, Horse Guards Parade, the Museum of Childhood, Selfridges and, of course, Paddington Station.

VisitLondon.com has a dedicated section of their website which details a full list of designers and their designs and will enable visitors to London to find out more about the trail and download the trail map, share their pictures and discover the stories behind each statue and location.  VisitLondon.com/Paddington.

The final four statue designers were also revealed as: celebrated artist Marc Quinn, world renowned architect Zaha Hadid, supermodel Kate Moss whose ‘Goldiebear’ is currently in the Christmas themed window of Selfridges and Hollywood superstar Sandra Bullock who has created a GRAVITY- inspired design of Paddington in an astronaut’s outfit which will be hung from the ceiling at the Royal Observatory, Greenwich.

Hugh Bonneville, who plays Mr Brown in the forthcoming PADDINGTON film released in UK cinemas on November  28, 2014, joined fashion designer, Lulu Guinness and others to reveal their designs of all 50 bear statues in time for fans and visitors to London to see them in all their glory, up close and personal from Tuesday, November 4.

London-based design company 3DEye has helped to create the three foot six inch tall statues, which will be auctioned online by Christie’s from December 10 to raise vital funds for the NSPCC and its ChildLine service, helping to ensure that children and young people have someone to turn to in times of need in the same way as Mr and Mrs Brown were there for Paddington.

Paddington’s origins date back almost sixty years to when his creator, Michael Bond, bought a small bear from Selfridges on Christmas Eve 1956, as a present for his wife, and named him after the nearest railway station to which they lived.

Selfridges is the Trail’s retail partner and will be selling a selection of statue miniatures from a dedicated Paddington concept store showcasing a variety of Paddington related products and artifacts. The Paddington Curiosity Shop has been created especially to celebrate the historic link between the store and the famous bear as well as raising funds for the NSPCC and its ChildLine service.

In Michael Bond’s original tales, the young bear finds himself alone in a big and unfamiliar city.  Taken in by the Brown family, he finds a warm welcome and a safe place to stay and sets out to discover more about his adopted city.

Due for release in UK cinemas on 2014, the big screen debut of PADDINGTON will showcase many of the trail locations in the capital, including his first port of entry – Paddington station. The film from Heyday Films and STUDIOCANAL is written and directed by Paul King (Bunny and the Bull, The Mighty Boosh) produced by David Heyman (Gravity, Harry Potter) and boasts an all-star cast including Hugh Bonneville, Sally Hawkins, Julie Walters, Peter Capaldi, Jim Broadbent and Nicole Kidman with Ben Whishaw as the voice of PADDINGTON.

To find out more about The Paddington Trail, go to www.visitlondon.com/paddington or follow #PaddingtonTrail

For further details on the Paddington movie, visit www.paddington.com