“Harry Potter: The Character Vault” to Be Released!

Harry Potter: The Creature Vault was released last autumn by HarperCollins and was full of fantastic images and details for fans to enjoy. So there’s good news for those of you who loved the book and would like to see more.

We already announced that HarperCollins will be releasing a book called Harry Potter: Magical Places from the Films this month. Now, it has been revealed that another book in the same series is due to be released this October – a year after Harry Potter: The Creature Vault was released.

The book will be called Harry Potter: The Character Vault and will no doubt contain lots of fantastic pictures and information about the characters in the series, with specific reference to the films.

Check out the cover of the book below: 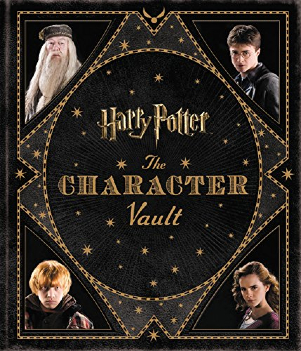 No further information has been revealed yet about the book, but it is due to be released on October 27, 2015. You can pre-order the book here, and if you can’t wait that long, then don’t forget that Harry Potter: Magical Places from the Films is released on May 12.

Will you be buying Harry Potter: The Character Vault? What would you like to see in the book? Let us know in the comments!