“Snape, Snape, Severus Snape,” says the popular Potter Puppet Pals song. Although he’s on the receiving end of many jokes, Snape is an iconic character. Snape is like an onion, filled with multiple layers that contain his complexities. On the surface, he’s a brooding, grumpy professor. So what better Disney character to counterpart Snape than Grumpy himself? The following reasons are why we believe Snape and Grumpy are excellent counterparts of each other.

1) Both Snape and Grumpy harbor resentment. 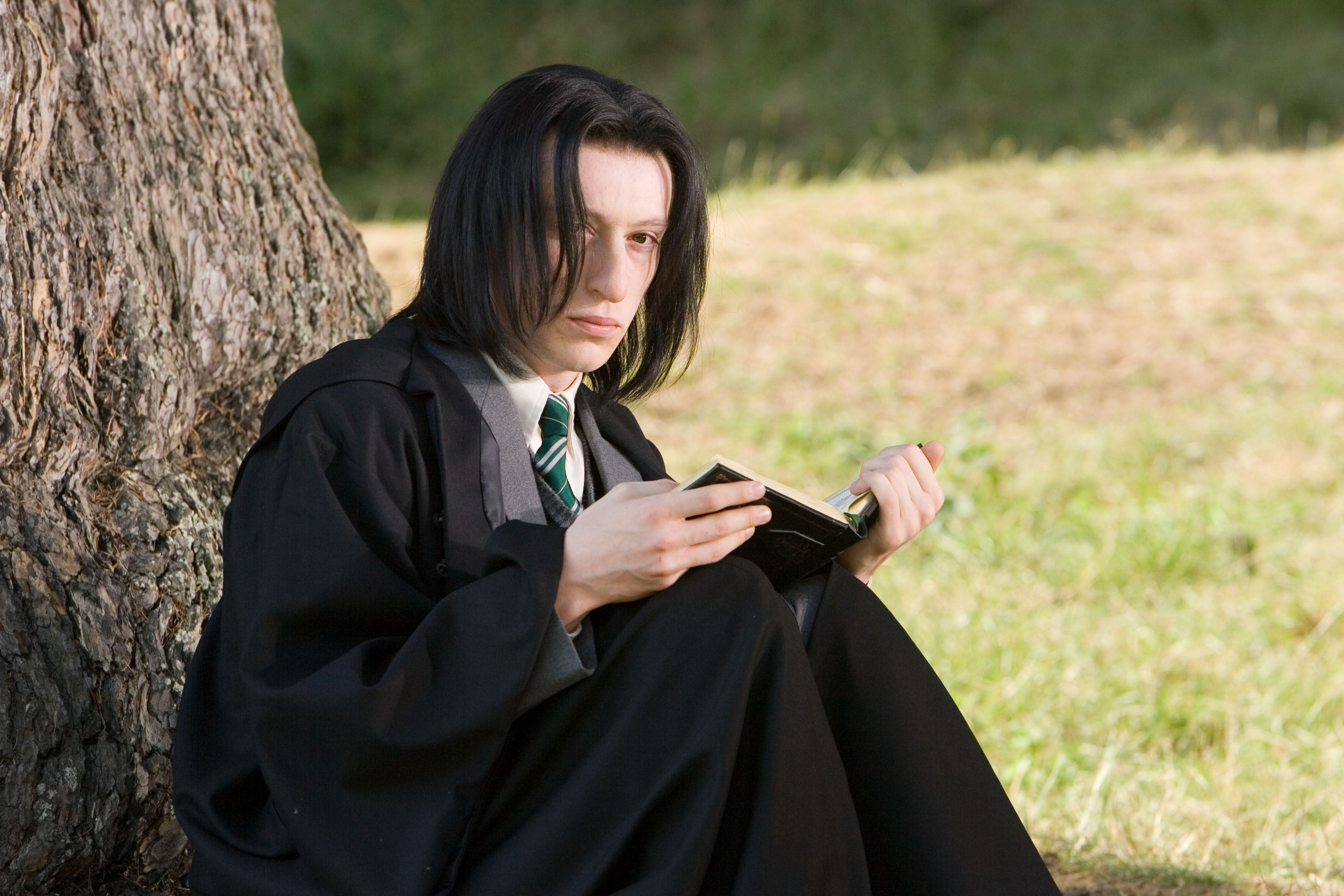 During Snape’s childhood and adolescence, he was an introverted Slytherin who found solace in the Dark Arts. Because of his quirks, during his younger years he was relentlessly teased by others, specifically Gryffindors such as James Potter and Sirius Black. For this teasing, Snape seems to resent the Gryffindors. To Snape, all Gryffindors, especially Harry, are like James and Sirius – arrogant and desperate for attention.

It is no secret to Harry Potter fans that Snape fell deeply in love with Lily Evans, who eventually chose James Potter instead. Though Snape’s love for Lily was unrequited, his feelings never faltered. For Lily’s choosing of James, Snape seems to further resent James even more than he did and also resent James and Lily’s son, Harry.

Grumpy’s resentment is harbored toward Doc because Grumpy is probably the most capable of all the dwarfs. However, Grumpy was overlooked as leader, and instead, Doc was chosen. Because of Grumpy’s resentment of Doc, he seems to resent all of the other dwarfs as well for trusting in Doc.

2) Both appear to be bitter and cold toward others and are annoyed easily.

Snape has little patience and snaps multiple times at students who display any irresponsibility inside and outside of the classroom. His bitterness seems to be constantly directed toward Hary and anyone Harry associates with (specifically Gryffindors). Snape’s cold attitude instills fear in many Hogwarts students, with the exception of the Slytherins.

Grumpy’s name serves him well – he is the epitome of a grump. He’s easily annoyed by the other dwarfs for their tics and antics and is exceptionally cold toward Snow White upon her arrival. Grumpy’s attitude, like Snape’s, causes others to steer clear of him.

Snape never appears to trust Harry, nor does he appear to trust any other Gryffindors. Snape’s distrust was usually targeted toward Harry, mostly because Snape didn’t trust Harry to defeat Voldemort. According to Snape, Harry is lazy and arrogant, just like his father.

4) Both Snape and Grumpy deny a soft spot they have for the women they love.

Grumpy eventually falls for Snow White. Although not romantically like Snape’s feelings for Lily, Grumpy feels a deep love for Snow White. We truly see his love for her when she dies. Finally, Grumpy emits his feelings by allowing himself to sob at the knowledge that she is dead.

Are there any other comparisons between Snape and Grumpy that catch your attention? Let us know in comments!