Back to Wizard School

On top of being a massive Potterhead, I am also a Nerdfighter (for the not so obsessively nerdy, Nerdfighters are the supporters of the Vlogbrothers, Hank and John Green). Vlogbrothers have done quite a few Potter-related things over the years, from the Harry Potter Alliance to Hank’s amazing Potter songs (tell me I’m not the only one who sings along to “It seems no matter what I read, I think, ‘This is not Harry Potter’”!). The Vlogbrothers recently launched a game called Wizard School. Now, don’t get too excited; this isn’t an official Potter game.

To quote John Green, “It’s a card game that hones one’s wizard education skills while one waits for one’s letter from Hogwarts [that] one hasn’t totally given up on, even though one is technically 38 years old.”

Basically, Wizard School is supposed to be a card game for two to five people. The main aim is to pass tests and manage to graduate, and you are graded cumulatively. In the meantime, you meet monsters, which are trying to overrun the school, cast spells, and experience a wizard school. You pick a Student Card, which gives you special abilities, and four Graduation Cards, and then you start playing. The journey of the game contains magical objects, magical friends to ask for favors, and spells. The School Cards set activities, present monsters, or let you study. 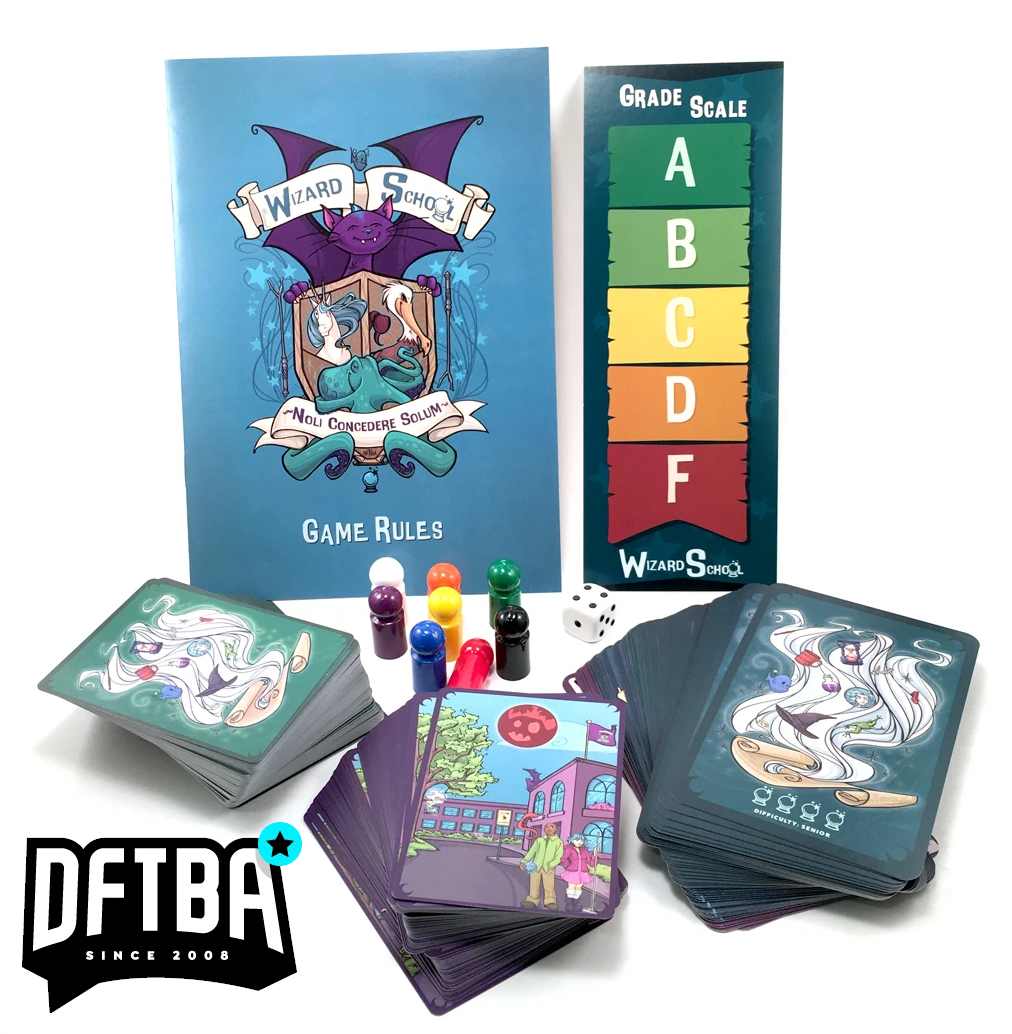 To be honest, I’m usually not into strange card games. I’m more of an old-fashioned scrabble and chess kind of person. However, Wizard School does seem like fun simply because of how creative it is. With laminated cats, ghost baristas helping you stay in school, and mermaids going to school in wheelchairs, I’m intrigued. The creators are also getting the audience involved quite a bit, taking suggestions for cards that are yet to be made – I love that. I love feeling like part of the creative discussion. My favorite aspect of the game so far is that when you need to take action, one option is literally to Panic – I have a feeling I’d be using that once or twice. Besides, there’s a kitty dragon. How amazing is that?! I do wish they would make professor cards as well. A school with no professors is just a gathering of a whole lot of awkward teenagers, and I think Harry proved that knowing magic doesn’t take the awkwardness away. They also need to add wands. Wands are always great.

The game is going to be officially out in June 2016. What do you think? Are you excited to go to wizard school? We can pretend it’s Hogwarts and hope Peeves is hiding around the corner.