With all of the Harry Potter and the Cursed Child news happening last week, you may have missed another exciting development – Harry Potter: The Character Vault is now available!

We first posted about The Character Vault back in May, and now this sumptuous edition, written by Jody Revenson, has arrived just in time for the holidays! The Character Vault follows two previous releases by Revenson, Harry Potter: The Creature Vault and Harry Potter: Magical Places From the Films, and if you’re the owner of either of those books, you’ll be glad to know that this one is just as lovely! 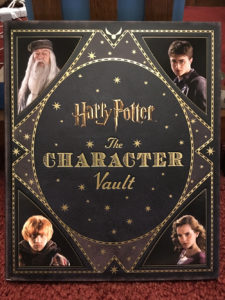 The Character Vault features concept art and design secrets for all of your favorite Potter characters, from mainstays like Harry and Draco, to less-often-seen – but still beautifully imaged – characters, like the Gray Lady, Cedric Diggory, and Kingsley Shacklebolt. Revenson even delves into elements of the Potter design that fans may not have even considered before, like what goes into making members of the same family look like they belong together or how it was decided what Quidditch uniforms should look like. 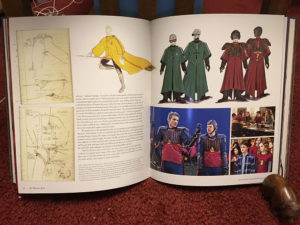 As an added bonus, included with the book are two posters, one depicting several members of the Order of the Phoenix, the other showing several Death Eaters. Though the posters are sparsely designed, they are lovely and should make a fine addition to any Potter decor! 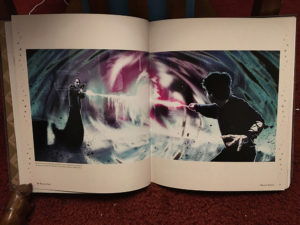 Of course, my favorite aspect of The Character Vault is the inclusion of a number of pieces of concept art. The Potter films are so richly imagined, but lovely as they are, we only see part of the work that goes into them when we see the finished product on screen. It’s wonderful to see some of the artistic genius behind the films we love so well!