The Christmas movie Home Alone has multiple parallels with the Harry Potter series. In addition to having Chris Columbus direct the first two films of both series, some of the characters have similar personalities. Here is a list of characters in the Hogwarts version of Home Alone.

Ron, just like Kevin, grew up in a house full of family. He, too, had siblings who teased him, and he was sometimes upset by how he was treated. We’ve seen several times how overshadowed and pushed aside by his siblings Ron feels, which is a feeling Kevin shares, yet both of them rose above the circumstances thrown upon them. Ron helped defeat Lord Voldemort, the most powerful dark wizard of his time. Likewise, Kevin managed to outsmart the two burglars trying to rob his house. Kevin’s intelligence in both films is unprecedented for his young age; he clearly belongs in Ravenclaw. Ron also demonstrated his exceptional, tactical intelligence when he defeated McGonagall’s chess task in the first book. Both of them used their bravery and intelligence to defeat their enemies.

Both of them are the masterminds of their groups, and they scheme to get what they want. They have no regard for how the consequences of their selfish actions will affect the people around them, and they take joy in this. Draco depends on Crabbe and Goyle to follow him, and Harry does the same with his sidekick, Marv. Both Draco and Harry are incredibly ambitious and stop at nothing to get what they want, even if they are thwarted several times.

All the characters are portrayed as being the dumb minions in comparison to their leaders. Crabbe, Goyle, and Marv do whatever Draco and Harry tell them to do, even if they get hurt in the progress. All of them seem to be unable to make up their own minds or act of their own will.

Ultimately, both mothers did everything they could to protect and get back to their kids. Kate traveled on a plane and then with a polka band to get back to her kid as quickly as she could. Molly, to the best of her abilities, fought for and protected her kids throughout the series. Both characters may tend to overlook their sons, but they clearly love them. 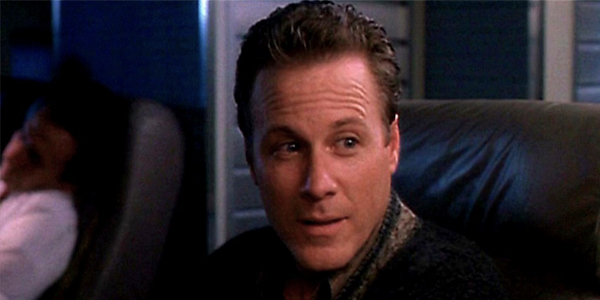 Peter McCallister, just like Arthur, is the head of a rather large family. Despite leaving his son behind, he, too, doesn’t want anything bad to happen to his child. Just like Arthur, he is the more relaxed parent and calmly gets everything into order.

There’s more to these characters than it originally seems. Old Man Marley appears like a menacing old man, but really, he is just misunderstood and lonely. Dumbledore also isn’t as black and white as he’s initially presented; he, too, is a man with a complicated past. In addition, both characters had problems with their family. Old Man Marley had a complicated relationship with his son, and Dumbledore, with his siblings. Ultimately, both characters overcame their difficulties to help and save the protagonist.

Do you agree with this list? Are there any other characters you would cast? Let us know in the comments.