According to Google, the definition of the word “heroine” is as follows:

a woman admired or idealized for her courage, outstanding achievements, or noble qualities;

the chief female character in a book, play, or movie, who is typically identified with good qualities, and with whom the reader is expected to sympathize.”

Hermione Granger meets every requirement for this role. She also possesses a tragic flaw, which is an essential piece to any literary hero.

Basically, what I am telling you is that Harry Potter is great and all, but he isn’t the only hero of the series.

Hermione has courage in many situations. She is not only brave in the face of danger, but she is also brave enough to take the fall for her mistakes, she has the courage to stand up and speak for those who cannot speak for themselves, and she has the confidence to fight anyone who threatens her or her loved ones. She also possesses the wisdom to know when caution is necessary over immediate action, which according to Aristotle’s Golden Mean is the ideal amount of courage. Courage is a virtue, but if taken to excess, would manifest as recklessness and in deficiency, cowardice. 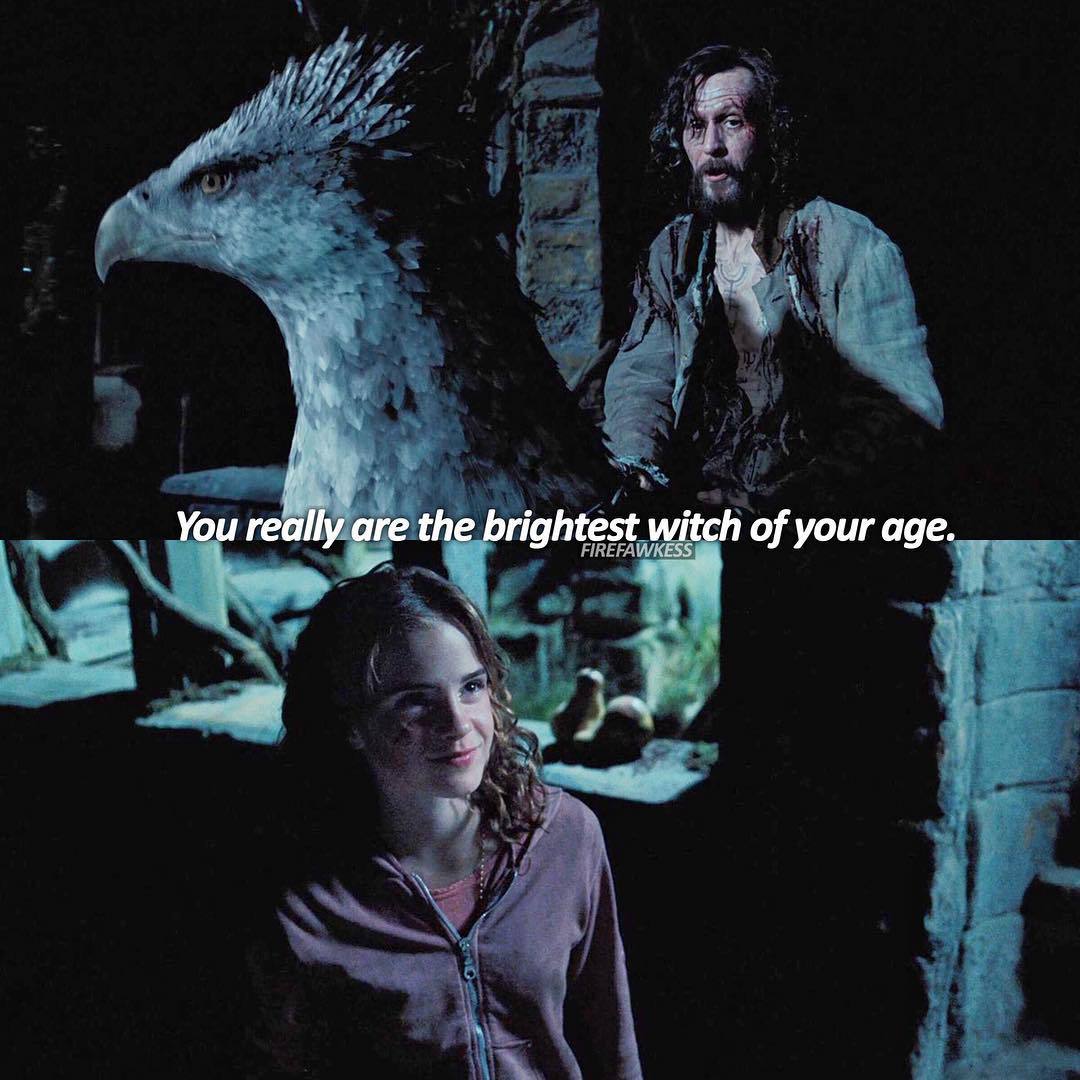 Hermione is considered by many to be the brightest witch of her age. She is top of the class in every subject and obtains a Time-Turner so that she may take extra coursework. Even taking double the amount of classes as her fellow students, she still receives the highest marks of her year. She is the first to successfully perform a Levitation Charm, excels in Transfiguration, and is a wealth of knowledge on the history of magic.

In addition to being a brave and accomplished young witch, Hermione is also incredibly kind and good-hearted. She alone creates SPEW in an effort to grant house-elves fair wages for their work and end their lifelong slavery. She spends hours in the library to offer Hagrid legal counsel in his defense of Buckbeak. She is the victim of racist “Mudblood” slurs but never retaliates with indecent words. She is exceptionally moral and just in her beliefs and actions.

Aside from her moral character, intelligence, and courage, Hermione possesses many other admirable qualities. She is friendly, selfless, and unfailingly loyal. She befriends otherwise outcast students like Neville Longbottom and Luna Lovegood and never once falters in her support of Harry, even when the rest of the wizarding world is against him. She reaches out to foreign students without judgement and spends time getting to know different cultures. During the war, she makes the difficult decision to protect her parents, even though it means erasing her from their lives.

According to the Encyclopædia Britannica Online, the tragic flaw of a hero of literature is the “inherent defect or shortcoming in the hero of a tragedy, who is in other respects a superior being favoured by fortune.” Hermione Granger’s tragic flaw is one of her most admirable qualities, her kind heart. When she is faced with emotional decisions, her judgement is impaired. For example, while she advised Harry that they should not travel to Godric’s Hollow, she changed her mind because of how much the journey meant to Harry. This encounter was a close call for Harry and Hermione that could have been avoided with Hermione’s cool use of intellect.

Hermione Granger is a heroine by definition. She is an outstanding role model for any woman to emulate. She is brave, intelligent, kind, selfless, and fair. She fights her own battles and defends creatures that cannot defend themselves. Harry Potter may have defeated Lord Voldemort and ended the Second Wizarding War, but he couldn’t have done it without Hermione. She is equally the hero that Harry is.