Who Wore It Better: Madam Hooch or Cyndi Lauper?

Good day and welcome to this month’s issue of Witch Weekly. I’m Gilderoy Lockhart, your resident authority in all things fashion and the mastermind behind “Who Wore It Better?” Spring is a marvelous time full of new beginnings. The other day, while I was out for an afternoon stroll, I spotted a young witch wearing a marvelous set of magenta robes. I happen to have a very similar pair hanging in my own closet, so I approached her to compliment her excellent choice in wardrobe. She kept walking, however, so I was left to hurry along the sidewalk after her. Jogging is an exhausting and rather unflattering action, so I decided to call out to her instead. “Young lady,” I yelled, “I’m Gilderoy Lockhart, and I thoroughly approve of your robes!” She immediately ceased in her retreat from me and instead turned around, her eyes wide with delight and surprise at finding herself face to face with a celebrity. I assured her that I am just like everyone else, a human being with my own flaws, although my hair never falls out of place. This prompted both of us to chuckle merrily and thus was born a marvelous acquaintance. What better way to celebrate spring than by growing a new relationship with a fan. Now, enough about me. Let’s get to the real reason you’re reading this article. It’s time to take a look at this month’s match-up. 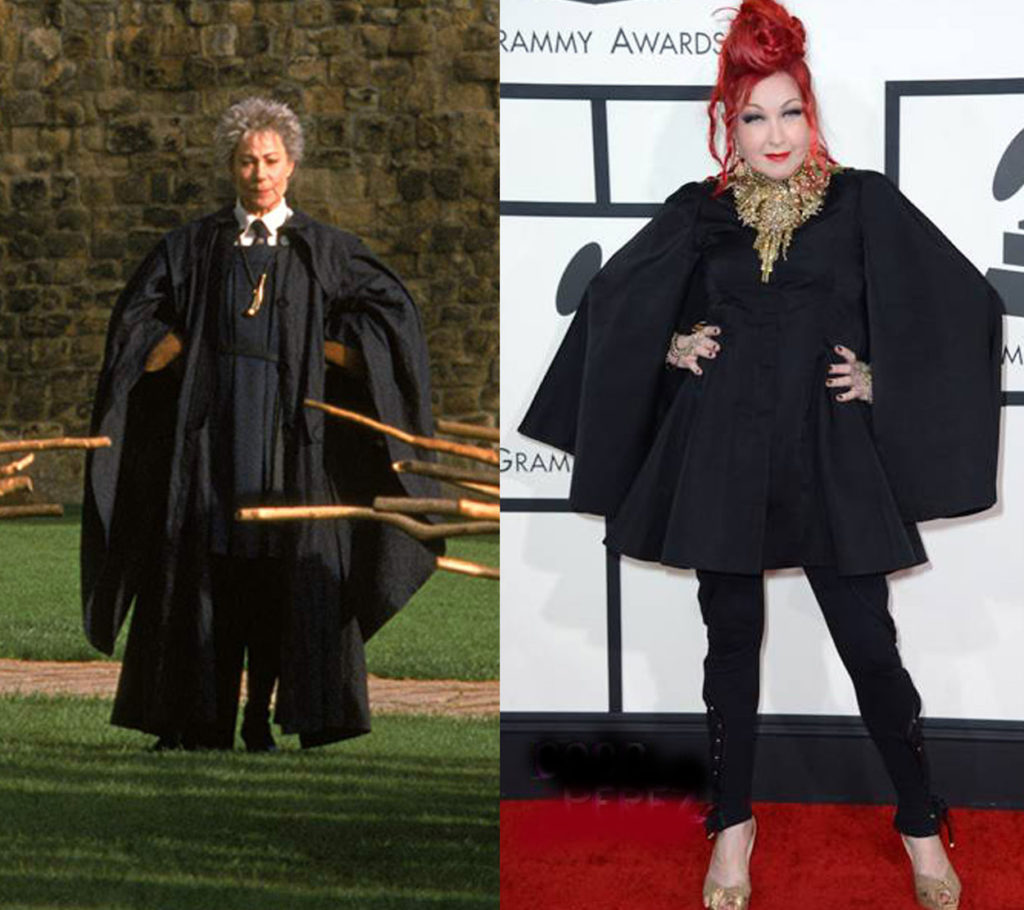 On the left is beloved Hogwarts flying coach, Madam Hooch, and on the right is Muggle singer and entertainer Cyndi Lauper. These pair’s resemblance to each other is uncanny, to say the least. If they find out they are long-lost sisters, I would like it to be known that I was the one who spotted it first and therefore should be the one commissioned to write the exposé about their discovery. Look at those identical, pursed-lip smirks and those authoritative stances, hands placed dauntingly on their hips. Both ladies have favored black cloaks and gold accessories. Madam Hooch has accented her black robes with a golden whistle fastened around her neck, while Miss Lauper has taken this accessory theme to the next level with a sparkling display of gold engrossing her neck. Madam Hooch has decided to go with a full-length version of these black robes, while Lauper has opted for a mini version. Madam Hooch is never to be outdone, however. Take a look at those dramatic, billowing sleeves. The extra length adds another layer of elegance to the ensemble, so I must declare Madam Hooch as the winner of this match-up. Of course, if I were added into the mix, my black velvet robes trimmed in lilac silk would trump them all. Until next time, my lovely readers! Stay radiant! 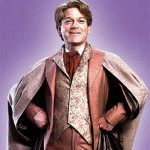