This week’s Casting News has revealed several new castings, trailers, and projects. From Warwick Davis and Jason Isaacs to Ralph Fiennes and Julie Walters, this week’s Role Call covers it all!

Daniel Radcliffe will host exclusive screenings of Swiss Army Man and Imperium at the Zurich Film Festival on October 1. He will also take part in a master class where he will discuss his career. The day before, on September 30, Radcliffe will attend the Zurich gala premium of Imperium with director Daniel Raguissis. The 12th annual Zurich Film Festival runs from September 22 to October 2.

Have you ever wanted to throw a Doctor Who party, but just didn’t know what to serve? YOU’RE IN LUCK! Doctor Who has come out with an official cookbook that finally gives us the chance to not only bake a cookie shaped like David Tennant (Barty Crouch Jr.) but also decorate and devour him. You can even bake yourself a collection of Doctor cookies. Go get a Doctor Who cookbook of your own today! 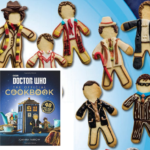 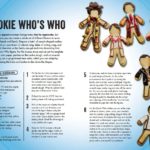 David Tennant has also signed on to star in an upcoming drama, Bad Samaritan, in which he will play a thief. The film follows two car valets who use their business to burglarize the houses of their unsuspecting customers. All is going well until they target the wrong house. This movie brings on the suspense with a new idea, and I absolutely can’t wait to see it.

Bad Samaritan is set to begin shooting this year in the Portland, Oregon, area. So if you live in the Pacific Northwest, keep a look out!

Well, this is something weird and unexpected. Warwick Davis (Professor Flitwick/Griphook) will star alongside several others in a BBC Christmas special that depicts the evolution of the universe. Not only that, but Davis will hilariously star as the Big Bang. The special will be chock-full of comedy, singing, and dancing, so it is sure to be a hoot. Also in the special will be Eric Idle, Brian Cox, and Noel Fielding.

Jason Isaacs (Lucius Malfoy) has joined the cast of psychological thriller Behind the Glass alongside India Eisley and Harrison Gilbertson. Isaacs will star as Dan, the dark and enigmatic father of main character Maria.

Maria, a shy and reclusive 18-year-old high school girl, is alienated by her parents and known as an outcast by her peers. Her only confidant is her own reflection in the mirror, from which she derives comfort, a sense of belonging, and ultimately, her own demise.

The casting process is still underway, but Behind the Glass is sure to be a great adventure.

The first trailer was released last week for the upcoming Channel 4 series National Treasure, in which we see Robbie Coltrane (Hagrid) and Julie Walters (Molly Weasley) join forces yet again. The series recounts the events of Operation Yewtree and the sexual abuse allegations made against Paul Finchley. Coltrane stars as Paul Finchley, the fictional celebrity whose life falls apart after being accused of various sexual offenses from the past. Starring as his wife Marie, Walters portrays a strong, classy woman who must come to terms with the potential truth to the allegations against her husband.

As you can gain from the trailer, the series is dark and intense. We can thank Jack Thorne, playwright for Harry Potter and the Cursed Child, for a lot of the script’s intensity, as he was tasked to write the four-part drama.

Julie Walters will also be opening Team Domenica on September 2 at Old Steine in Brighton. Team Domenica is a charity for helping learning-disabled adults find regular employment. The charity has been very successful thus far, providing many adults jobs and partnerships with the Brighton City College. We look forward to seeing Julie open this charitable event.

Stephen Fry (voice of UK Harry Potter audiobooks) and Imelda Staunton (Dolores Umbridge) have joined the jury for the Raindance Film Festival, which starts on September 21. Being on the jury gives them the opportunity to preside over awards for a competition lineup.

Ralph Fiennes‘s (Lord Voldemort) upcoming movie Kubo and the Two Strings was released in theaters on August 19. In a recent interview with Slash Film, the director of the film breaks down the inspiration of the sequences. I love the picture below because it really puts the film into perspective.

In the interview, the CEO and President of Laika, Travis Knight, discusses establishing the tone of the film and hints at what story the film is going to follow early on.

Well, you know, we take our time early on in the film, getting to know these characters. Getting to know the world, and so it adds your structure of your first act. You want to make sure that you give the audience the information they need early on, what kind of story this is going to be.

The interview is lengthy but extremely informative about how a film of this magnitude is created. Kubo and the Two Strings finds the balance between light and dark while introducing humor and intensity. In the film, Fiennes stars as Raiden, the Moon King, Kubo’s spirit grandfather. Check out the video below to get a perspective on the scale of Kubo and what was involved in bringing it to the big screen.

Some of the cast from the film, including Charlize Theron, Matthew McConaughey, and none other than Ralph Fiennes, talked briefly in a series of interviews about the film and what drew them to it. Check them out below, and read the full interview about this artistic masterpiece of a film here! And go see Kubo and the Two Strings in theaters now!

Jack Thorne has also signed on to join the new TV drama Electric Dreams: The World of Philip K Dick. The ten-part anthology series is based on the science fiction short stories and will star Bryan Cranston as the lead. The drama is expected to go into production in early 2017.

Sir Michael Gambon (Albus Dumbledore) and Nick Moran (Scabior) will star in the upcoming boxing movie My Name is Lenny alongside Josh Helman, an actor made famous from his work in Mad Max: Fury Road and X-Men: Apocalypse. The film is based on the true life story of Lenny McLean, a bare-knuckle fighter known as “The Guv’nor.” Gambon will star as Leslie Salmon, and Moran as Johnny Bootnose, but little is known about the roles their characters will take. My Name is Lenny is still in the process of filming, but it is on track to be released in the UK on February 1, 2017.

John Cleese (Nearly Headless Nick) is currently in talks with BBC to star in a sitcom written specifically for him. This is a big change for Cleese as he has vowed in the past never to work with BBC again because he felt like many of their shows had gotten away from them. The show that is currently in the works will showcase Cleese’s comedy talent like that which he showed during his run in Fawlty Towers. We will update you on John Cleese’s decision to return to BBC.

That’s a wrap on this week’s Role Call! Join us next week to get caught up on all of your Casting News! Until then, let us know in the comments what film you are most looking forward to! Has anyone seen Kubo and the Two Strings? Who is excited for National Treasure?