This week’s news is short and sweet but not lacking awesomeness. This week, we find out what a creepypasta is, see Emma Thompson’s artwork, and see many Harry Potter stars work alongside one another. All that and more in this Role Call!

Devon Murray (Seamus Finnigan) will be making an appearance at this year’s Edmonton Comic and Entertainment Expo! The Expo runs from September 23 to 25 and will be one of the first convention appearances in Murray’s career.

Thus far, the Expo has announced Carrie Fisher, a.k.a. Princess Leia, along with Shannon Purser and Natalia Dyer, whom you might recognize from the outrageously popular Stranger Things. There will also be numerous autograph and photo opportunities with actors from Teenage Mutant Ninja Turtles and the Star Trek universe. All in all, it sounds like something you can’t miss! Does anyone plan on going? For more information about the Expo, visit their website.

Have you ever heard the term “creepypasta”? No, it is not haunted pasta (like I initially thought). Apparently, it refers to tales that have been passed around the internet, similar to folklore. Channel Zero, an upcoming six-episode anthology, will look into these creepypastas with Fiona Shaw (Aunt Petunia) and Paul Schneider at its head. 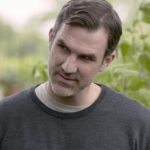 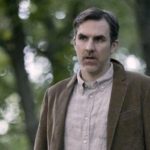 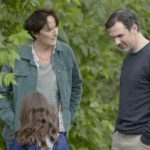 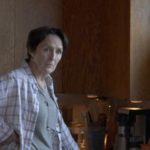 You might recognize Paul Schneider from Parks and Recreation, but I assure you that he is no mere city planner in this series. Channel Zero will tell one story in this season’s six-episode anthology, but a completely different story is planned for the second season. The first season follows:

Schneider’s character, Mike Painter, a child psychologist who returns home to investigate a series of disappearances from his childhood that appear to be linked to the Candle Cove television program. Fiona Shaw plays his mother, Marla, who doesn’t want her son digging into the past.

Channel Zero will debut on Syfy on October 11, hoping to achieve a following similar to that of the anthology American Horror Story.

Imelda Staunton (Dolores Umbridge) will be starring as Martha in Who’s Afraid of Virginia Woolf? on London’s West End. She will be joined by Conleth Hill, who stars as Varys in Game of Thrones. The play will begin previews on February 22 at the Harold Pinter Theatre and will officially open on March 9.

Imelda Staunton will also be teaming up with Julie Walters (Molly Weasley) and Adrian Lester for an episode of Theatre Lives, a series of filmed conversations between those involved with the stage. The first series begins on September 29 and will be available to stream on The Stage‘s website.

This September, the county officers have been reminding people to buckle up as part of a month-long campaign, a cause that we should all be backing. Davis’s tweet was just a stepping stone, but every voice helps save lives.

Wearing a seatbelt can save your life in the event of an accident. Please #Think! & #BuckleUp, even in the back. @CambsCops #SeatbeltSelfie pic.twitter.com/EMTb0gKJcI

John Hurt (Garrick Ollivander) has joined the cast of My Name is Lenny, an upcoming biopic telling the story of Lenny McLean, a bare-knuckle fighter who got his start in 1970s East London. The film will star Josh Helman in the leading role as the ‘The Guv’nor’ and will include Nick Moran (Scabior) as part of the supporting cast. My Name is Lenny is expected to be released on February 1 of next year. 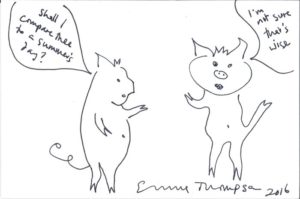 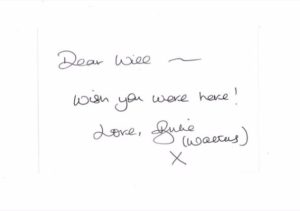 If you are interested in looking at all of the postcards, visit this link. They will all be available for auction until October 5.

Speaking of Emma Thompson, on September 21 she visited Britain’s High Court to research her role in her upcoming film The Children Act. In the film, deriving from Ian McEwan’s novel of the same title, she plays High Court judge Fiona Maye. This film adaptation will follow the same plot as the book:

‘The Children Act’ follows legal high flyer Fiona as her private life begins to fall apart while judging a high profile case involving a family of Jehovah’s Witnesses who refuse a blood transfusion for their 17-year-old son on religious grounds.

While visiting the High Court, Thompson had the opportunity to take the place of the presiding judge on the bench. During this time, Emma commented,

I feel so powerful up here.

The film has yet to receive an official release date or cast any other major roles, but I can’t wait to see Emma Thompson in The Children Act.

Sir Michael Gambon (Albus Dumbledore) and Helen McCrory (Narcissa Malfoy) will star side by side in the upcoming ITV legal drama Fearless. McCrory will take the leading role as Emma Banville, a defense attorney investigating the murder of a young girl in East Anglia.

Banville is convinced a man has been wrongly imprisoned for the girl’s murder and works against the police and intelligence services, despite powerful forces trying to stop her learning the truth.

Filming for Fearless will begin in London and East Anglia this month and will come to ITV next year.

There isn’t a lot of news this week circling out Harry Potter stars, but as many have joined the cast for film, television, and theater, we are sure to see more great things in the future. Join us next week for another round of Casting News!