In this week’s Casting News, fandoms collide as Jim Broadbent makes his way to the Seven Kingdoms of Westeros and Tom Felton dishes about his character in the highly anticipated third season of The Flash. Read on for all this and more in MuggleNet’s Role Call!

Tom Felton‘s (Draco Malfoy) small-screen debut has been the talk of the internet since the initial announcement of his role in the upcoming season of The Flash. In a brief interview with SciFiNow, Tom delves into the dynamics of the relationship of his character, Detective Dorn, with the protagonist of the series, Barry Allen, also known as “The Flash”, stating,

He’s a forensic expert, so he treads on the toes of much of what Barry is good at. Hence they have a slightly abrasive relationship at first. […] He’s not familiar with me, but I’m familiar with him, so it’s an odd dynamic. It seems like a love/hate thing at first.

This might just be enough to get a Dorn-Allen ‘ship started! Tom, who is no stranger to playing a brilliant antagonist (Harry Potter, Planet of the Apes) also says that he hopes his character does not turn out to be the good guy. You can read more about it here. Nottingham EM-Con dates have been confirmed, along with a brilliant lineup featuring Miriam Margolyes (Professor Sprout). EM-Con is scheduled for April 29 and 30, 2017, so make sure you get your Herbology textbooks signed if you have plans to attend the event. You can purchase tickets here, and to learn more about the convention, visit their website here.

Meanwhile, another member of the Potter alumni has found themselves climbing aboard a massive franchise. According to Entertainment Weekly, Jim Broadbent (Horace Slughorn) will be joining the cast of HBO’s epic fantasy saga Game of Thrones. We don’t know what role the actor will play or how many episodes he will appear in, but the part is supposed to be a “significant” one. With Broadbent’s phenomenal portrayal of Professor Slughorn, we don’t doubt that he will be an amazing addition to the cast.

Emma Thompson (Professor Trelawney) is in talks to star in an upcoming Richard Eyre film called The Children Act. Based on the novel of the same name by Ian McEwan – a reference to the “Children Act” of 1989, which gives law enforcement, courts, and other agencies a set of guidelines to follow in order to protect and care for children as well as safeguard their welfare – the film will follow Fiona Maye, a British High Court judge. Here’s a brief synopsis:

Judge Fiona Maye is so involved with her cases that she hears that it often strains her marriage. But one case is of particular difficultly — that of a 17-year-old boy who is suffering from leukemia and does not want to be forced to have possible life-saving blood transfusions because it goes against his religion. The case causes internal turmoil for the wise and compassionate judge who must choose between the bright boy’s right to choose and the possibility of a future.

So far, all of the information on Thompson’s potential role in the project is conjecture, but we think she and director Richard Eyre (Iris, The Hollow Crown) would definitely make an excellent team.

Julie Walters (Molly Weasley) has opened a “training cafe” in Old Steine as part of her Team Domenica project. Team Domenica is a charity that helps learning-disabled young adults find regular employment. The cafe is meant to be a place where adults can come study and prepare for work. The charity has undertaken 21 candidates this year, and Julie is thrilled to be a part of the team, saying,

I wanted to help in any way that will help Team Domenica succeed. It is a fantastic idea and an incredibly worthwhile idea which is much needed.

Team Domenica is set to open to the public on September 12, with plans to open four more sites in the works. You can learn more about the charity here and check out some photos from the event below! 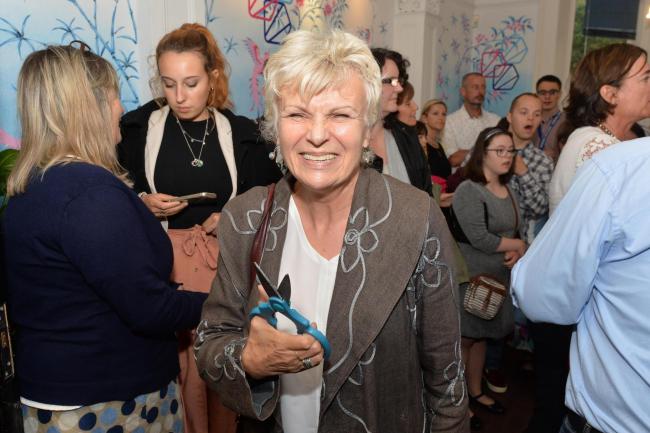 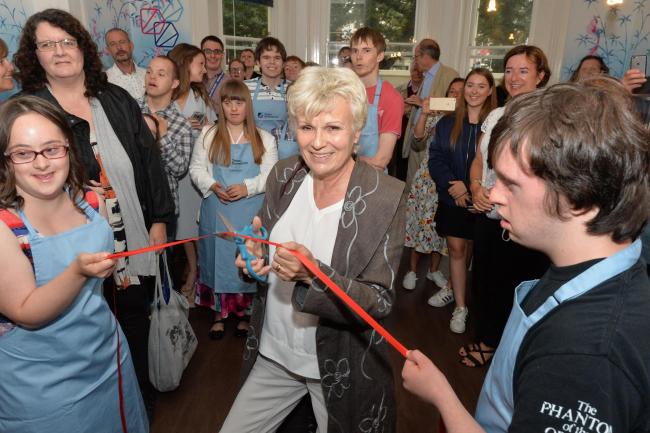 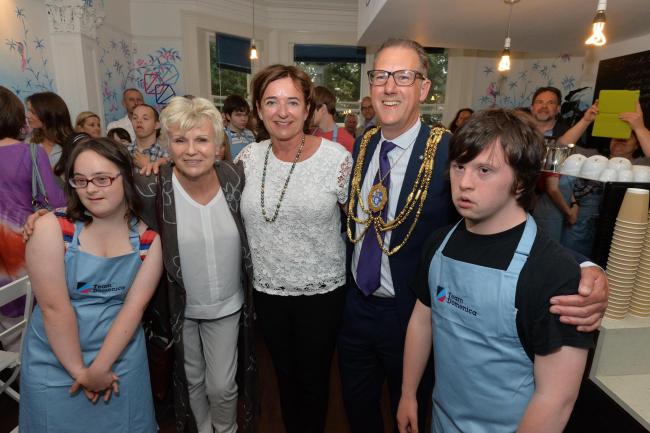 This wraps up the Casting News for this week! Join us next week to catch up with the Harry Potter alumni. Meanwhile, comment below and let us know what you think of this week’s castings. Will Tom Felton play the role of a bad guy yet again? Whom do you think Jim Broadbent will play on season 7 of Game of Thrones?