We posted back in August about three awesome wizarding world tie-in books being released this fall, and two of them are officially on the market: J.K. Rowling’s Wizarding World: Movie Magic Volume One: Extraordinary People and Fascinating Places and Winter at Hogwarts: A Magical Coloring Set!

We took a peek inside both of these titles to see what they might offer to fans, and we were very excited with what we found! In this post, we’ll take a look at Winter at Hogwarts: A Magical Coloring Set. Now, as fun as coloring is, we did wonder at first if we needed yet another version of the Harry Potter adult coloring book. After all, there are already some really great ones on the market – and yet we found that this coloring set does manage to set itself apart from the rest.

For one thing, it’s refreshing that it has a specific theme to tie it all together. Rather than just “creatures” or “characters” or some of the broad categories we’ve seen before, everything in this set is centered around the winter season at one of our favorite places: Hogwarts. 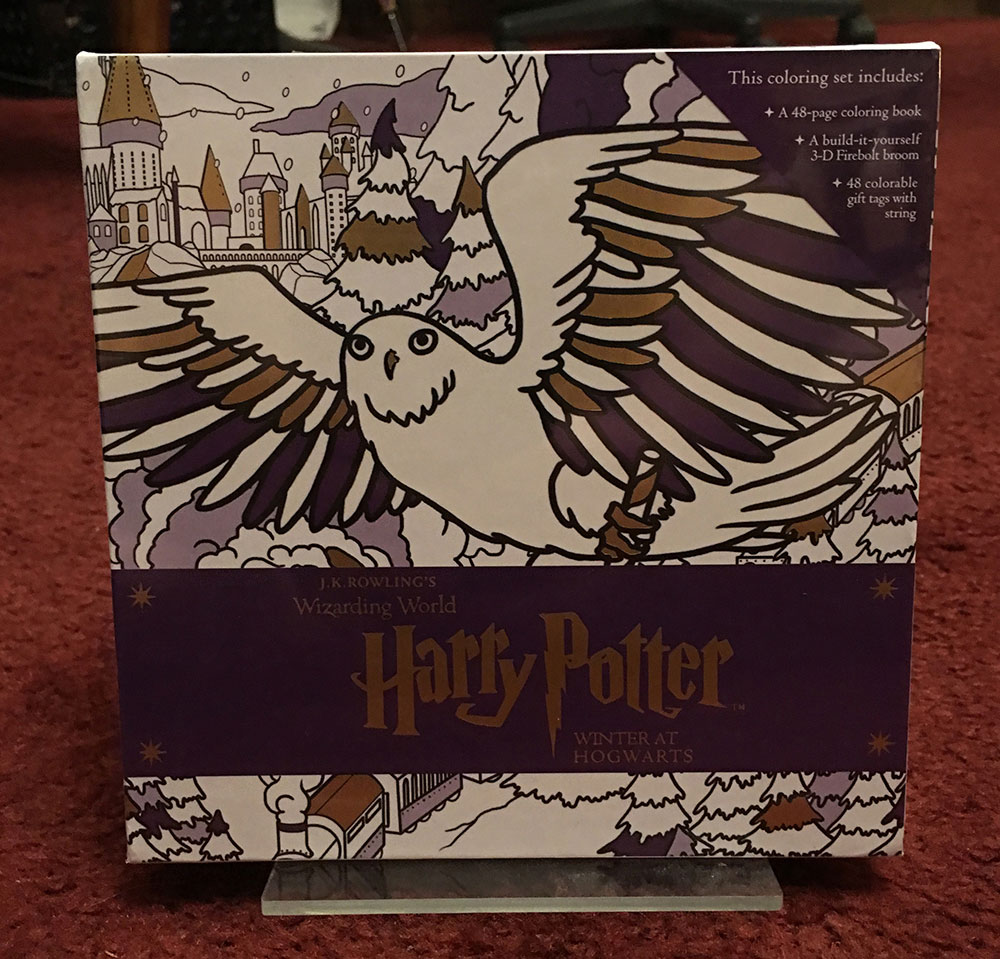 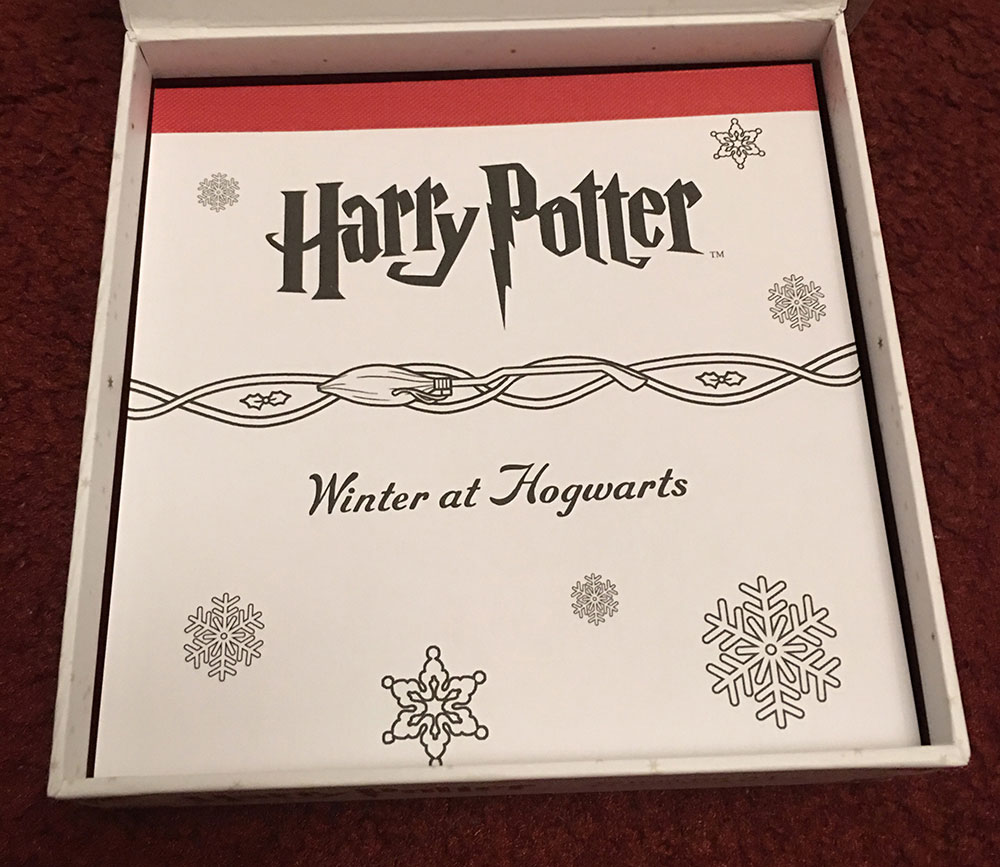 Here are a few sample coloring pages for comparison to other books on the market: It’s also nice that the set goes a bit above and beyond in committing to the “winter” theme, also including a small Firebolt model kit (that could double as an ornament) and some magical-looking gift tags: All in all, it comes together as a really nice, cohesive kit that would make a great gift (or a reward for yourself for dealing with all that holiday season stress). We also reviewed the recently released J.K. Rowling’s Wizarding World: Movie Magic Volume One: Extraordinary People and Fascinating Places, an interactive book exploring the worlds of both Harry Potter and Fantastic Beasts and Where to Find Them. You can check out what we thought right here.

This coloring set was provided by the publisher for review.