This week’s Casting News is jam-packed full of our favorite Harry Potter cast members getting involved in the community, on stage, and on the big screen. It includes Gary Oldman’s mind-blowing transformation into Winston Churchill, Stephen Fry’s return to a popular show, an upcoming Tom Cruise movie, and a potential plot twist that never was between Stanislav Ianevski and Emma Watson. All this and more in this week’s Role Call!

Rupert Grint (Ron Weasley) has been spotted with Luke Pasqualino filming the television adaptation of Snatch. They have previously been spotted a couple of months ago in Manchester, but were seen recently filming with a large crew along the Rochdale Canal. Snatch will consist of ten episodes and will debut on Crackle sometime next year. For those of you who don’t know, Snatch  is based on the 2000 Guy Ritchie film about a heist in London. This adaptation will bring new life to the original story, and I am sure we are all excited to see Rupert Grint in action again. 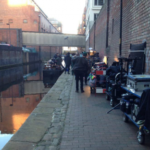 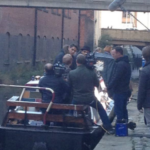 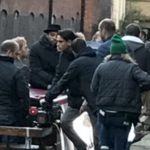 David Heyman (producer) has teamed up with director Joachim Rønning for the upcoming biblical epic Methuselah. Joachim Rønning has just finished directing the soon-to-be summer blockbuster, Pirates of the Caribbean: Dead Men Tell No Tales, which has been highly anticipated and rumored for years.

Methuselah will star none other than Tom Cruise in its leading role, in which he will play a man who lived almost 1,000 years without aging, all while developing a set of unparalleled survival skills. All in all, the film sounds like another Cruise hit, especially with the amount of writers working on making the film accurate and great. Methuselah is still in its beginning stages, so we don’t yet know when it is expected to be released, but we will be sure to update you as soon as we know!

Bones fans rejoice! Stephen Fry (voice of UK audiobooks) will star as Gordon Wyatt at least one more time during the twelfth season. He first appeared in season two as a forensic psychiatrist but eventually retired and went to culinary school. We don’t exactly know why Fry will be returning to the show, but we are definitely happy about it. Fry is currently starring in The Great Indoors on CBS, so we shall rejoice that this perpetually busy man has enough time to reprise his role in Bones, if only for an episode.

Thank you @stephenfry for the love and humor. You are the smartest man around! Wellwe all know it's the accent real… https://t.co/nJ3D1DMnxw

Jim Broadbent (Horace Slughorn) will light up Belsize Park on December 10 when he switches on the Christmas lights, launching a festive community celebration. Following Broadbent’s opening, there will be a performance from the Belsize Community Choir and the Royal Free Hospital Choir with a singalong. Food and wine will be served – it sounds like a truly festive affair! The event will take place on Saturday, December 10 at 6:00 p.m. outside Budgens, in Haverstock Hill.

On last week’s episode of EW’s Binge, the podcast brought on two guest stars: Stanislav Ianevski (Viktor Krum) and Jany Temime, a costume designer who worked on the Harry Potter films from Prisoner of Azkaban all the way through Deathly Hallows – Part 2. The podcast touches on Ianevski’s almost-appearance in Deathly Hallows, when he comes to Bill and Fleur’s wedding and stirs up trouble by dancing with Hermione.

[Yates] invented a new story that wasn’t in the books, a love triangle between Viktor Krum, Hermione, and but that was cut out of the film because it obviously didn’t fit with all the horrible things that happen in the last book.

I think, and every other Potter fan I have interacted with through the years thinks, the more the better! We would have all loved to see this scene, but you know, I’m not a director. So for now, we will just have to settle with Ianevski’s description of the scene that could have been:

We did a new dance scene. I sort of stole [Hermione] from Ron. She remembered our old times, Viktor was acting like a gentleman again, happy to see her; she was happy to see him. Ron was sitting on the side, was jealous, and then Viktor took her to the dance floor.

If you would like to hear more from Stanislav Ianevski, such as how it was working behind the scenes with Jany Temime, listen to the podcast below or at this link.

Rohan Gotobed, a face you might recognize from his portrayal of young Sirius Black in Deathly Hallows – Part 2, has recently taken to the stage. This weekend, he performed in two productions in Norfolk from the Minotaur Theatre Company: Gorilla and Real? Honest? Justice? On Rohan’s blog, he describes why these two productions stood out to him:

‘Gorilla’, written by a third year student called Pip Williams, contains some of the best writing I have ever read as an actor and, though it has nothing to do with Harambe, I think it might just blow everyone away. ‘Real Honest Justice’ meanwhile, is based on the 2014 Isla Vista killings, perpetuated by a psychopath called Elliot Rodger – who I’m playing. This is a really chilling, dark story which I hope will explore the nature of evil and what we can do about it.

The Minotaur Theatre Facebook page featured several images from all of the short productions, including several of Rohan in action. Congratulations, Rohan! I am sure you were great! 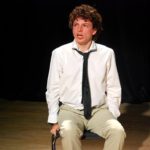 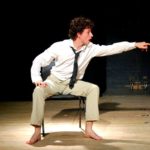 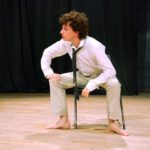 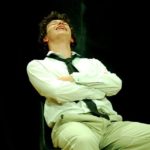 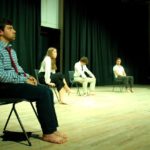 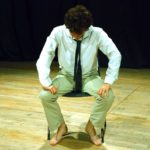 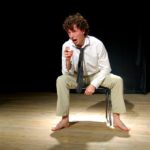 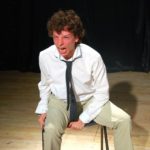 Brace yourselves because the following is unbelievable. I just want to give a shout out to Gary Oldman‘s (Sirius Black) makeup artist. He or she has done an amazing job.

Now, what am I talking about? Production has recently begun for Gary Oldman’s Darkest Hour, in which he plays the lead role as Winston Churchill. The film’s plot is as follows:

Within days of becoming Prime Minister of Great Britain, Winston Churchill must face one of his most turbulent and defining trials: exploring a negotiated peace treaty with Nazi Germany, or standing firm to fight for the ideals, liberty and freedom of a nation. As the unstoppable Nazi forces roll across Western Europe and the threat of invasion is imminent, and with an unprepared public, a skeptical King, and his own party plotting against him, Churchill must withstand his darkest hour, rally a nation, and attempt to change the course of world history.

We recently got a first look at Oldman playing the British Prime Minister, and the transformation is staggering. It has been a while since I’ve seen a makeup job this incredible, completely transforming someone into someone else. Excuse me as my mind is blown. We are still awaiting a trailer for Darkest Hour, but until then, we can gawk at this amazing transformation (you can see an image of the real Churchill here) and look forward to Gary Oldman’s lead role.

A new trailer for The LEGO Batman Movie was released last week, in which Ralph Fiennes (Lord Voldemort) lends his voice to play the wise butler, Alfred. The trailer not only shows a variety of different familiar faces but also had me laughing unexpectedly. The film also uses the voices of Will Arnett, Michael Cera, Rosario Dawson (whom I know from the fabulous Rent), Zach Galifianakis, Mariah Carey, and Jenny Slate. What a fabulous cast! The film is expected to be released on February 10 of next year.

Jim Tavaré (Tom the Hunchback, PoA) performed in Southport for the first time ever last week. Tavaré is an acclaimed comedian who performs with his trademark double bass. Still attending five Harry Potter conventions a year, Tavaré, who is originally from London, tries to stay grounded to his home in Macclesfield when he is not touring internationally. For those of you near Southport who missed his performance on November 5 at the Laugh Out Loud Comedy Club, visit this link to find more fabulous events in your area.

Friends of TS Queen Mary, a charity Robbie Coltrane (Hagrid) sponsors and advocates for, has won the Great Scot Charity Award 2016. The Great Scot Awards honor people throughout the UK for their courage, determination, and selflessness. Friends of TS Queen Mary was recognized for saving and restoring the famous TS Queen Mary steamship, a vessel known to be very close to Coltrane’s heart. In celebration of the award, Coltrane took to Facebook to announce his delight:

The charity continues to educate students from the Glasgow School of Art to learn and test new technology. The primary goal is to restore the vessel as an arts and culture venue. For more information, and to donate, search for Friends of TS Queen Mary on Facebook and online.

John Cleese (Nearly Headless Nick) has joined the cast of Elliot: The Littlest Reindeer just in time for the holidays! The film follows the story of

what happens after Blitzen suddenly announces his retirement days before Christmas. A miniature horse has three days to fulfill his lifelong dream of winning a spot on Santa’s sleigh during the North Pole tryouts.

It sounds like a hoot to me! Also a part of the voice cast is Full Frontal‘s Samantha Bee and Martin Short. The Canadian film is still in the pre-production stages, so not much is known yet. We will keep you updated in the future!

What do you think of Gary Oldman’s transformation? Are there any Bones fans out there jumping for joy? Tell us what you think about the stars in this week’s Role Call by commenting below! And join us next week for another update on what the cast is up to!