Tickets for the exhibition go on sale tomorrow, April 3 at 12 p.m. BST, and the British Library has released more information about ticket sales.

Tickets can only be booked online, and the first batch of tickets released will cover the period between October 20 and December 31. Tickets for 2018 will go on sale later in the year. For more details, check out the links below.

New images have been released from Pottermore for the Harry Potter: A History of Magic exhibit that will be held at the British Library this October. Tickets for the exhibit will go on sale starting April 3. Take a look at the new images below. 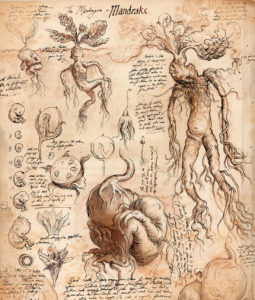 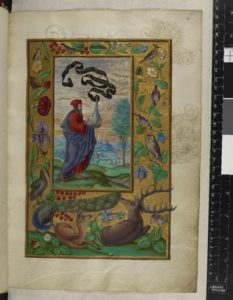 2017 is set to be yet another fantastic year for Harry Potter fans. With the 20th anniversary of the publication of Harry Potter and the Philosopher’s Stone taking place in July, UK publisher Bloomsbury has plenty of exciting events lined up. As announced earlier in the year, this will include teaming up with the British Library to put on a very special Harry Potter exhibition.

The exhibition, announced today to be named Harry Potter: A History of Magic, is the first time that the British Library has put on an exhibition to feature a series of books written by one living author. The exhibition will contain items from J.K. Rowling’s archive, as well as a wide range of related items from the British Library’s own extensive archive, allowing visitors to discover the origins of many folk stories and legends that inspired the series.

We’ve been having great fun finding items in the British Library collection [that] actually mirror the themes and stories [of Harry Potter]. The exhibition is structured around subjects from Hogwarts: from Potions and Alchemy, to Care of Magical Creatures. The British Library has approximately 200 million collection items, and that’s a huge figure. It’s been quite an exciting task to find items for all these different areas.

With just under a year to go until the exhibition opens on October 20, 2017, the British Library has given us a glimpse at what will appear in the exhibition, including medieval images of dragons and phoenixes. Harrison further explains,

[Harry Potter] draws on existing stories and builds on it. In the past, some of these fantastic beasts were even believed to be real. In ancient times, they would try to work out how to kill a Basilisk, and one of the ways was to confront it with a weasel. Apparently weasel scent or urine was fatal to basilisks. If Harry Potter had known this, he would’ve had a weasel in his pocket!

You can see the images below. 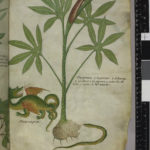 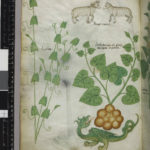 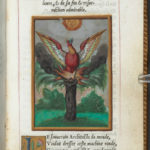 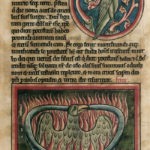 Harry Potter: A History of Magic will run from October 20, 2017, to February 28, 2018. Tickets will be available to book from April 3, 2017, with more details released throughout the year, so make sure to put the date in your calendar and plan your trips to London.

We are happy to be able to say more about the previously announced Harry Potter exhibition, which will celebrate the 20th anniversary of the publication of Harry Potter and the Philosopher’s Stone.

We can now announce that the title of the exhibition, which was announced in partnership with Bloomsbury earlier this year, will be Harry Potter: A History of Magic. This is a thrilling new exhibition that will showcase a fascinating display of wizarding books, manuscripts and magical objects, and combine centuries-old British Library treasures with original material from Bloomsbury’s and J.K. Rowling’s own archives.

The structure of the exhibition has been inspired by the subjects that Harry and his friends study at Hogwarts School of Witchcraft and Wizardry, from Potions and Herbology, to Astronomy and Care of Magical Creatures, and will explore the rich magic traditions that they draw on.

Today we also reveal an exclusive sneak preview of a selection of British Library medieval manuscripts and early printed books that will feature in the Care of Magical Creatures section of the exhibition, depicting magical creatures which inspired characters that all fans of the books will recognise, such as Fawkes the Phoenix or Norbert the Norwegian Ridgeback.

More information about the exhibition will be released throughout 2017, and tickets will be on sale from Monday 3 April 2017 at www.bl.uk.