On February 3, 360 Harry Potter fans of all ages brushed off their wands, donned their costumes, and descended on Gloucester Cathedral for a one-night special event to celebrate the 20th anniversary of the publication of Harry Potter and the Philosopher’s Stone, in the very building where some of the filming took place.

Dubbed A Night at Gloswarts, guests were greeted by Hagrid before being Sorted into their Hogwarts Houses courtesy of the Sorting Hat.

The cathedral was sectioned off and transformed into a dungeon, which housed a Potions lesson in the crypt taught by an actor posing as Professor Snape and the Leaky Cauldron, which served up butterbeer and a fiendishly difficult quiz hosted by a MuggleNet representative.

Also in attendance was bookseller Waterstones, offering an array of Harry Potter merchandise at its stall, as well as a sweet shop selling all manner of Potter-related candy.

The cloisters, where filming took place in Harry Potter and the Sorcerer’s Stone, Chamber of Secrets, and the Half-Blood Prince, took center stage, with a huge animatronic dragon and an actor playing the part of Gilderoy Lockhart adding to the magic of the evening.

Did you attend the memorable event at Gloucester Cathedral? What was your favorite part of the night? 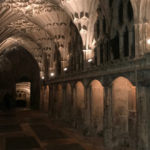 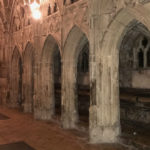 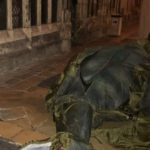 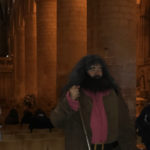 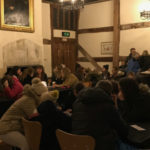