Hey, all! Welcome back to MuggleNet’s weekly casting column, where we tell you what our favorite Harry Potter alum are currently up to. This week, we catch up with Ralph Fiennes, Jim Broadbent, Robert Pattinson, and many others on their current projects and fashions! All that and more in this week’s Role Call!

As to whether or not Carmen Ejogo (Seraphina Picquery) will be in the other Fantastic Beasts and Where to Find Them installments, the jury is still out. Ejogo has apparently been sworn to secrecy about her involvement in the wizarding world. In spite of that, she had the time of her life as the MACUSA president.

I can’t say whether I’m in the other films; everything’s so secretive. But I loved working on the first movie. It was the biggest fantasy movie I’ve been a part of.

We’ll let you know as soon as we know something about the cast’s involvement in the upcoming film!

The lovely Clémence Poésy (Fleur Delacour) graced the red carpet last Saturday for her latest film, Final Portrait, during the 67th Berlin International Film Festival. In her first appearance since giving birth to her beautiful baby boy, Liam, she showcased her fabulous figure in a plunging black dress.

Earlier that day, she attended the Final Portrait photocall, where she embraced an understated chic look for the cameras. By her side, co-stars Stanley Tucci and Armie Hammer shared the spotlight. Which look do you like the best?

Truffle Pictures recently acquired the rights to Stephen Fry‘s (voice of UK audiobooks) book adaptation, The Hippopotamus. Lightyear Entertainment has picked up the media rights for North America, and the film will premiere at the Palm Springs Film Festival in January. On top of this, the film stars Matthew Modine, Tim McInnery, and our very own Fiona Shaw (Petunia Dursley). We can’t wait to see this film go from page to screen!

At the London premiere of his latest adventure biopic, Robert Pattinson (Cedric Diggory) explains how he survived in the jungle without getting eaten alive by mosquitos. The Lost City of Z is based on the book by David Grann, the true story of Colonel Percival Fawcett, an explorer who went missing trying to find an ancient lost city in the Amazon. Pattinson stars as Corporal Henry Costin, a role which apparently called for a majestic beard. 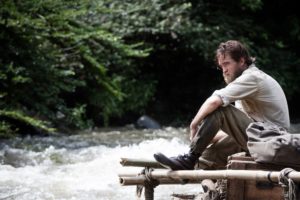 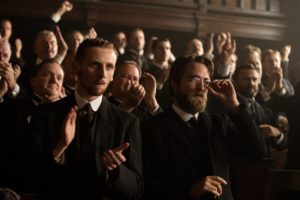 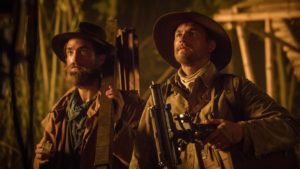 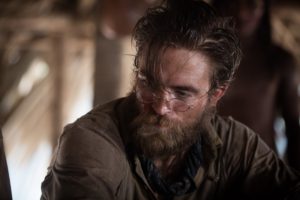 The Lost City of Z comes out in the US on April 14. Watch the full interview with Robert Pattinson below!

The Death of Stalin is coming to America! IFC films has recently acquired North American rights to the film after a bidding war at the Berlin Film Festival’s European Film Market. Jason Isaacs (Lucius Malfoy) is part of a star-studded cast in the film that follows Stalin’s last days following his stroke in 1953. The Death of Stalin is currently in pre-production, but we can’t wait to see Jason Isaacs in this film!

Several new photos have recently been released from Jim Broadbent‘s (Horace Slughorn) upcoming film, The Sense of an Ending! In the film, Broadbent stars as the main character, Tony Webster:

Tony Webster (Broadbent) leads a reclusive and quiet existence until long buried secrets from his past force him to face the flawed recollections of his younger self, the truth about his first love (Rampling) and the devastating consequences of decisions made a lifetime ago. 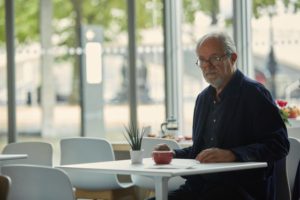 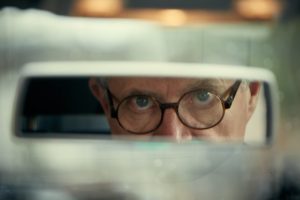 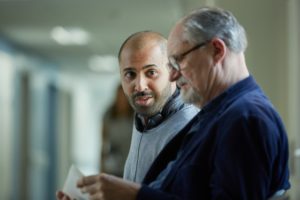 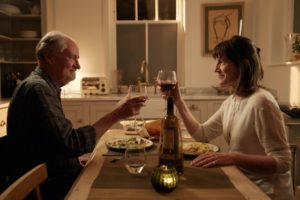 The Sense of an Ending is expected in theaters this March. Watch the trailer below!

Ralph Fiennes (Lord Voldemort) will be narrating the upcoming film Andre – The Voice of Wine, a documentary that follows the rise of the American wine industry through the eyes of Andre Tchelistcheff, the man California vintners called “Maestro.”

The film has plenty of famous faces from the Hollywood stars of the 1960s and 1970s, who were in the thick of the wine revolution.

Ralph Fiennes will also accompany Sir Michael Gambon (Albus Dumbledore) to the Gate Theatre for Michael Colgan’s farewell program. Each play selected for the program has made significant impacts for the writers or productions involved. Michael Gambon and Ralph Fiennes are just two out of the impressive lineup for the evening.

At last! The first poster for Gary Oldman‘s (Sirius Black) latest film, Hunter Killer, has just been released! What do you think? The film sounds like it is a classic Gary Oldman suspense thriller! Bring it on!

An untested American submarine captain teams with U.S. Navy Seals to rescue the Russian president, who has been kidnapped by a rogue general.

How about that?! What are you most excited for? Let us know in the comments below, and join us next week for another installment of Casting News!