Funko and Warner Bros. Consumer Products are introducing a new line of Harry Potter Mystery Minis and SuperCute Plushies! The new line of SuperCute Plushies includes the trio, Voldemort, and Dobby – similar to the first Mystery Mini series but plush instead of plastic! If Voldemort and his lack of nose ever came close to cute, this would be it. In plush form, he really does look like an angry baby that is really hard not to laugh at.

The second series of Harry Potter Mystery Minis includes many new (and exciting) goodies and baddies from our favorite series. Bellatrix and Snape look more cuddly than sinister, but we’d sure love to pop open a few boxes of Mystery Minis to try to find them! And let’s not forget our love for Lupin – magnified by his Mystery Mini form.

We are super excited for these new additions to Potter paraphernalia – even if our wallets are not. Below, check out the gallery of adorable Mystery Mini and SuperCute Plushies that will make your heart melt and drain your bank account! Both new product lines will be made available this summer.

This series features Harry, Hermione, and Ron wearing a Sorting Hat.
In addition, Bellatrix, Pidwigeon, Luna, Snape and many more of your favorite Harry Potter characters.

This series would not be complete without some great exclusives.
Look for Sirius in his Azkaban Prison garb, Buckbeak, Fred, and George. Available only at Hot Topic!

Neville and his toad Trevor and Ginny Weasley and her Pygmy Puff can only be found at Barnes & Noble!
Collect them all this Summer!

ABOUT SuperCute Plushies: Harry Potter
The young wizard Harry Potter and some of the characters from J.K. Rowling’s Wizarding World are joining the SuperCute plush line!

This series includes Harry Potter, Ron Weasley, Hermione Granger, Dobby, and Voldemort. These 7-8” high-quality plushies are the
perfect addition to your collection!

Look for them this Summer. Coming in July! 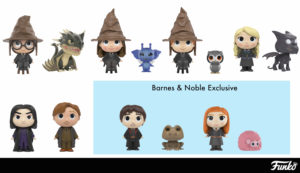 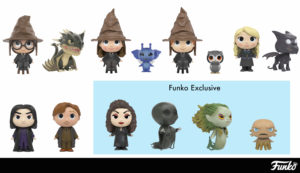 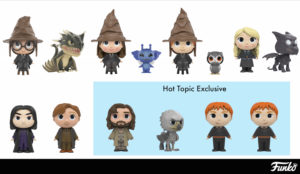 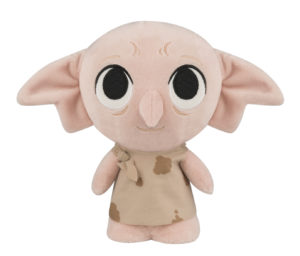 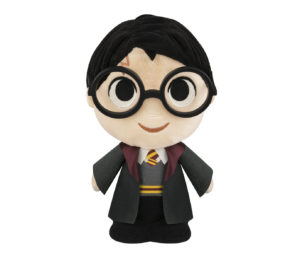 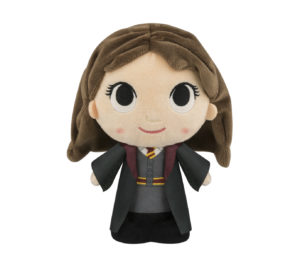 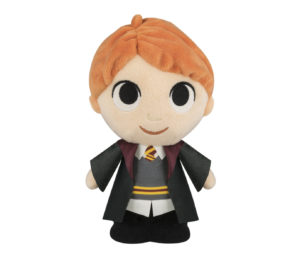 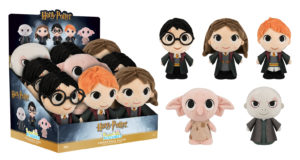 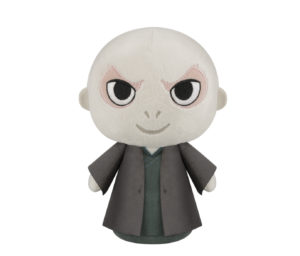