New and exciting fantastic beasts are being found in the Muggle world! Scientists have identified a new wolf spider that resembles the animatronic puppet that played Aragog so much that they’ve named it after him! Lycosa aragogi was spotted in the Kerman province in Iran by entomologist Alireza Naderi on April 26, 2016. Curiously enough, this is just about 19 years after Aragog’s death on April 20, 1997. With Harry Potter’s 20th anniversary approaching, the opportunity seemed too good to pass up! 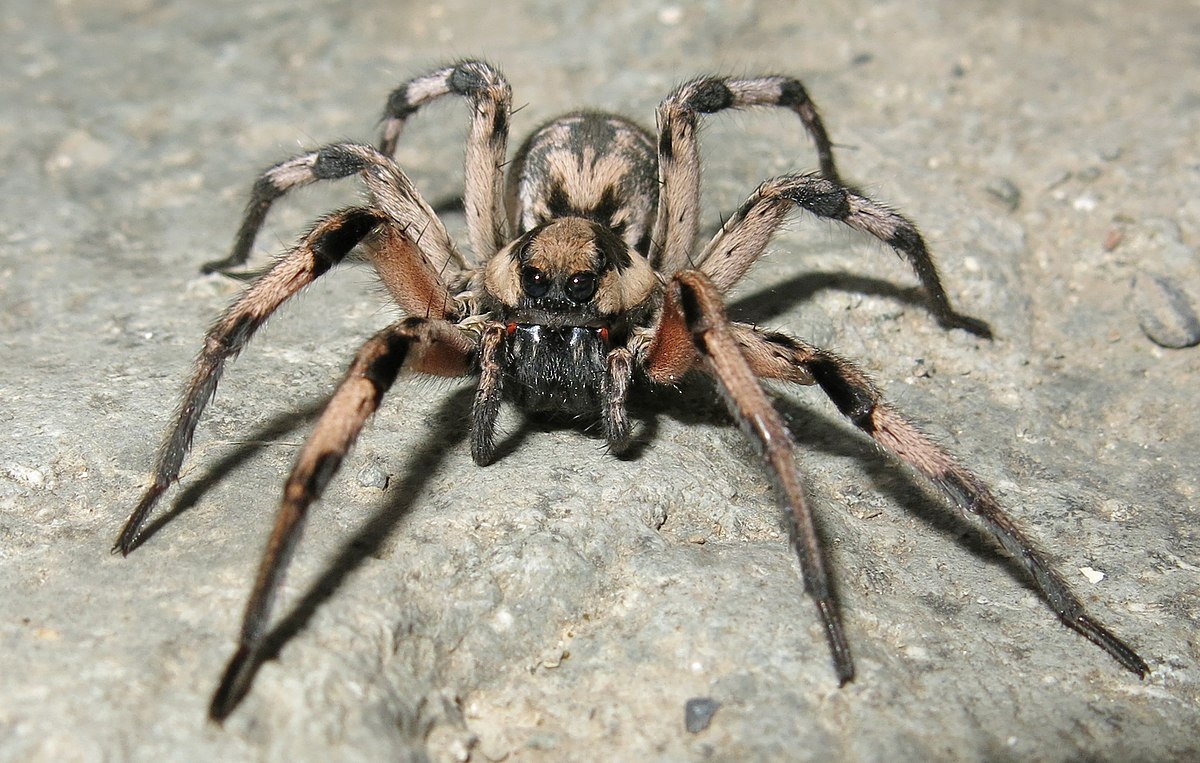 Lycosa aragogi has two black and three white stripes of setae (little hairs) on its upper body and even has black setae on the appendages by its mouth, giving it a “charismatic” look. Its body is about an inch long – quite a bit smaller than Aragog himself, who was the size of a small elephant. Another difference? Aragog is blind in all eight eyes, but wolf spiders like this one also have rather good eyesight due to a  layer of tissue called an “iridescent tapetum” behind the retinas of four of its eyes. The tapetum reflects back light in the darkness, causing the eyes to glow, like cats’ eyes do.

Wolf spiders like Lycosa aragogi also show a surprising amount of care for their families. Females carry their egg sacs on their bodies, exposing the baby spiders to sunlight periodically to improve their development. After they are born, the mother carries the spiderlings on her back and feeds them for the first few weeks. Co-researcher Alireza Zamani believes Aragog shared this familial behavior:

[He] loved his colony of Acromantulas so much he wouldn’t stop them from devouring Harry Potter and Ron Weasley…I consider him as family-loving and loyal, as he wouldn’t harm his ex-owner Rubeus Hagrid.

Lovable or not, Aragog was certainly a memorable part of Chamber of Secrets. Hagrid would be happy to know that his friend’s name lives on in the Muggle world.

Looking to celebrate all the fantastic beasts of the wizarding world? You can join other fans at MuggleNet Live! 2017: Nineteen Years Later on September 1 at Universal Orlando, where we will have access to Diagon Alley, the Hogwarts Express, and a buffet-style dinner service, and we’ll be joined by a bunch of special guests! Click below to learn more!