Neville Longbottom’s growth into the valiant hero who led Hogwarts into battle is the stuff of wizarding legend. But the one aspect of his character that never changed was his fierce loyalty to Harry. Neville supported Harry unequivocally from the very beginning and became one of Harry’s most deeply trusted friends. To celebrate their relationship, let’s remember some of the lesser-known but no less important acts of courage Neville did for Harry.

Neville risks detention and dishonor to warn Harry of Malfoy’s malicious intentions. And though he’s upset at the consequences, he doesn’t seem to resent Harry one bit for what happened. He is a good enough friend to stand up and tell him exactly what he thinks the next time Harry tries to break the rules. Neville’s loyalty to Harry always outweighs any reservations he may have about taking action.

When Harry discovers that most of the school and indeed the wizarding world has turned against him, Neville is among the first to back him. In response to the escalating tension between Harry and Seamus, Neville calmly and clearly declares his unconditional support for Harry. This meaningful moment earns him Harry’s affection and gratitude as well as ours.

Neville Longbottom is Harry’s most invaluable companion in the Battle of the Department of Mysteries. Neville rushes to Harry’s aid against ten Death Eaters despite a badly broken nose, takes a Cruciatus Curse from Bellatrix and a Tarantallegra jinx from Dolohov, and jabs a Death Eater in the eye to save Harry. After this battle, Neville’s value is no longer questionable. When Neville is by his side, Harry is indeed not alone. 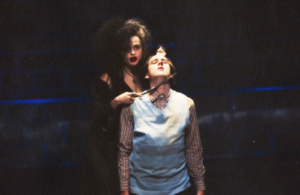 Neville trusts Harry so completely that when he sees Harry’s anxiety in the Forbidden Forest, he doesn’t bother to question the fact that they’re rescuing notorious mass-murderer Sirius Black. His concern for his worried friend leads him to assume Sirius is innocent, and when Sirius is killed, Neville comforts Harry as well as he can. It is Neville’s deep faith in Harry that shines brightest during the battle. 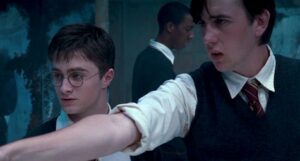 At this point in the battle, Neville had already been injured. Yet when he sees a horde of Death Eaters running up the stairs to the tower, he runs after them without hesitation. Here Neville once again fought without hesitation for Harry, and his injury in this battle did nothing to deter him from resisting further.

Neville is brutally tortured by the Carrows, his grandmother is targeted by the Death Eaters, and he shows up to the Hog’s Head completely battered. He endures all of this and more not just for Harry, but for everything Harry stands for. To Neville, Harry has always represented hope and courage, and in his absence, Neville makes sure Harry’s spirit is not gone from Hogwarts. 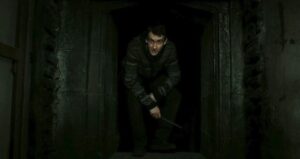 Harry may have been chosen to be Voldemort’s downfall, but Neville was chosen to lead an army against his forces. No matter what happens, Neville Longbottom will never stop fighting for Harry. Neville’s strength, valor, and loyalty make him a true hero and a true friend. 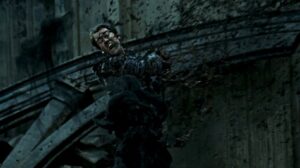