Pendleton Woolen Mills, long known for its beautiful woven creations, has announced a gorgeous Harry Potter collection – just in time for the chilly days of fall.

The collection is composed of six blankets – including one for each Hogwarts House, one celebrating Hogwarts, and one that’s all about the boy wizard himself – and two scarves. See all the lovely designs below: 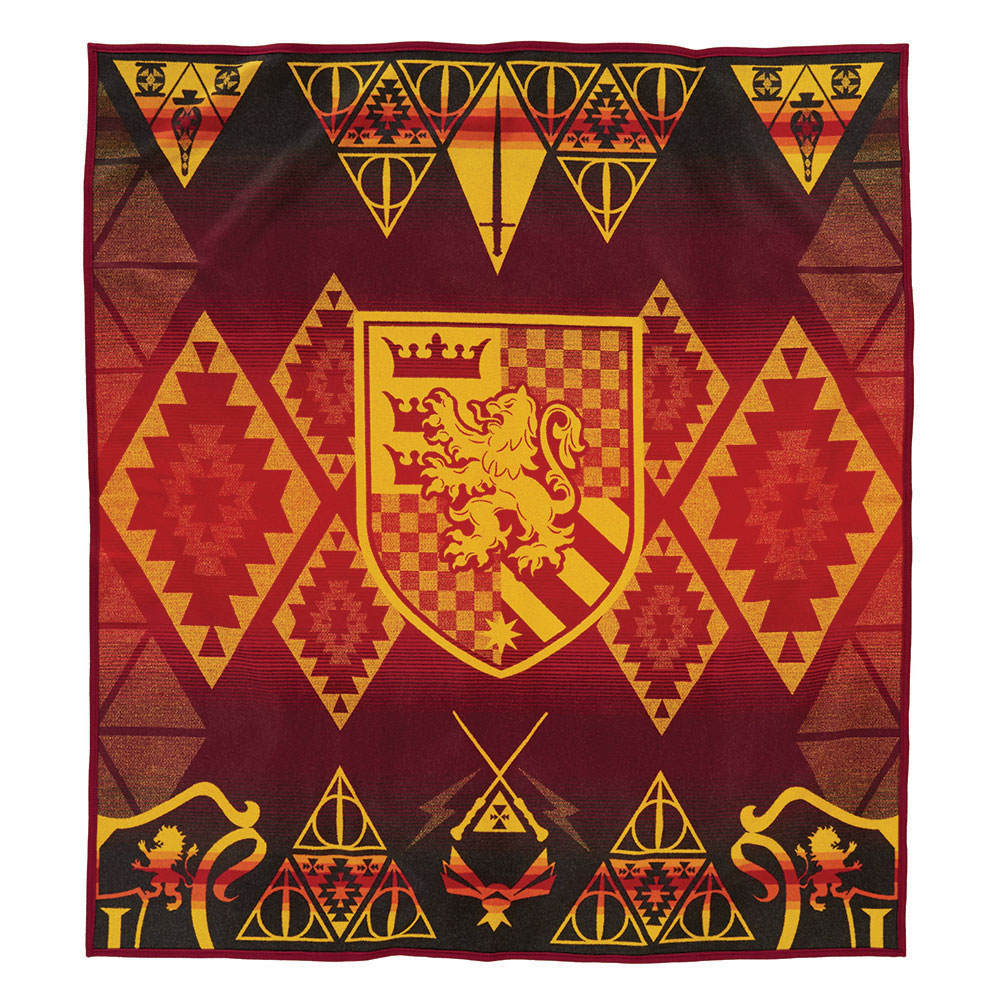 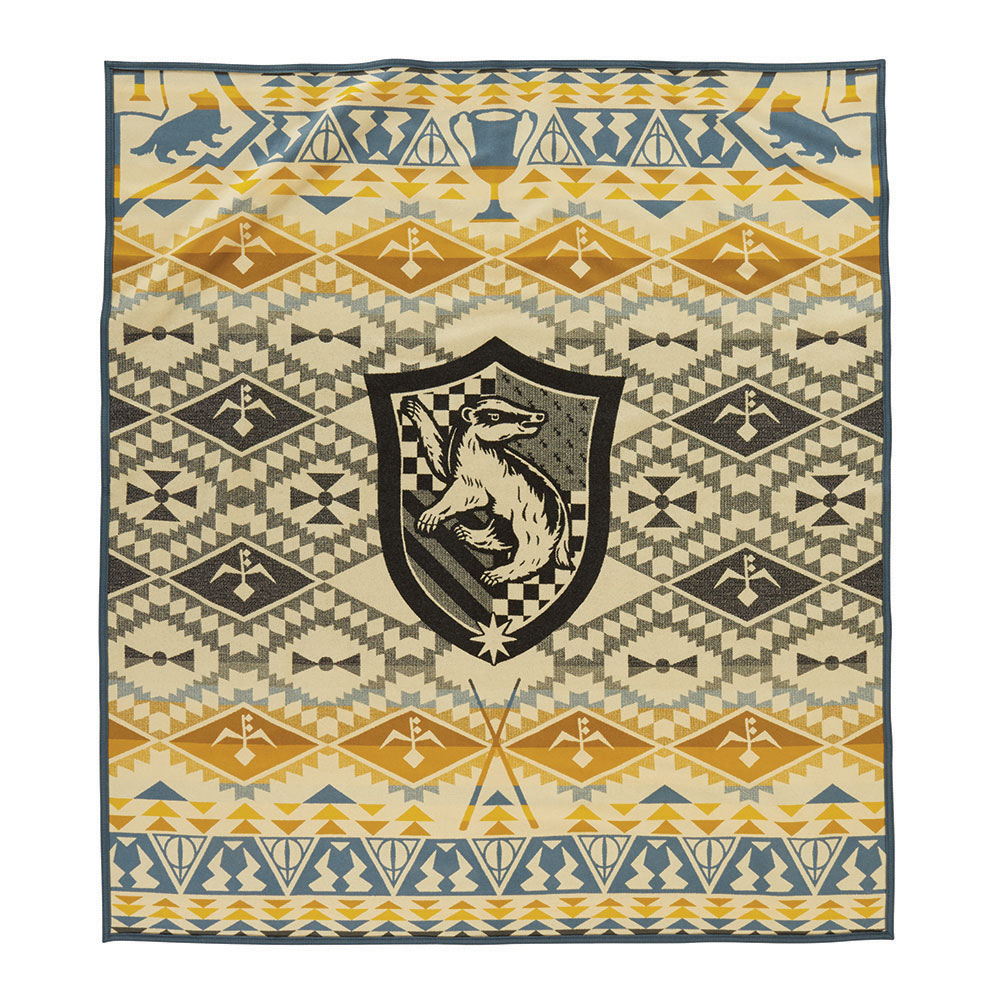 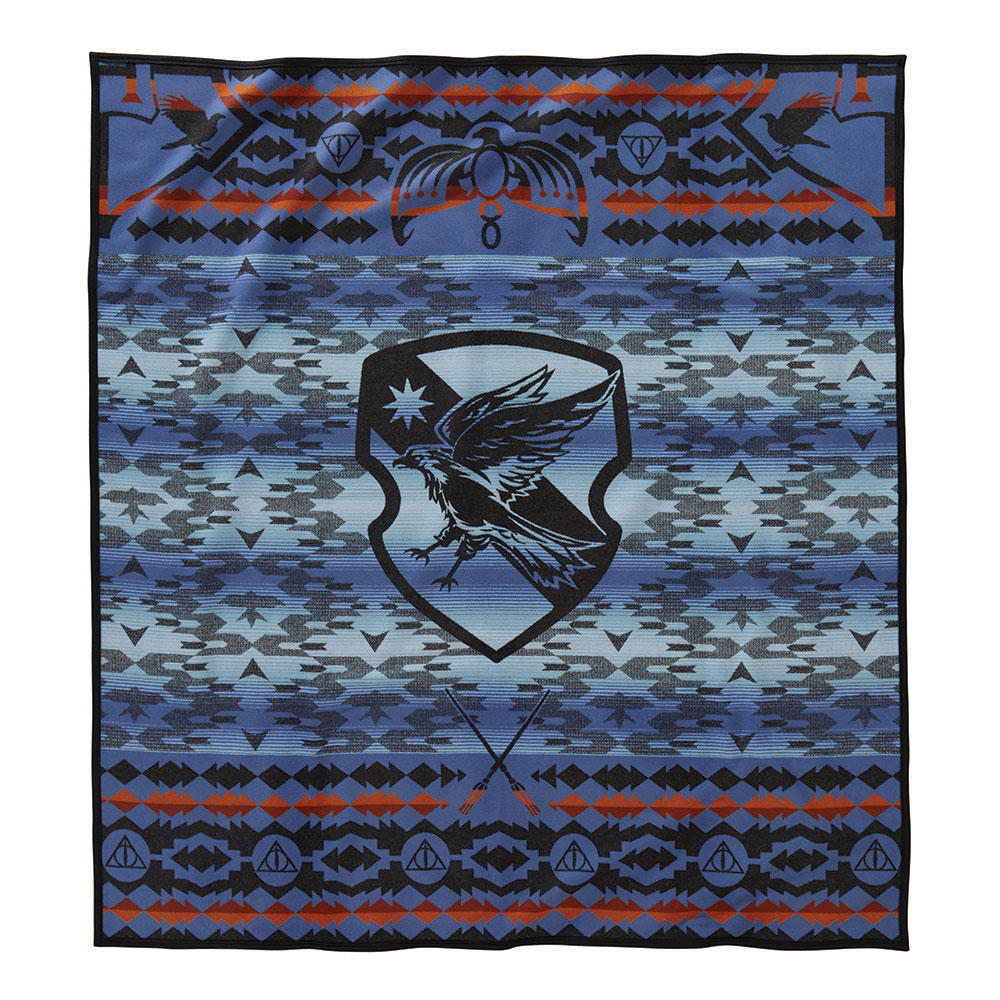 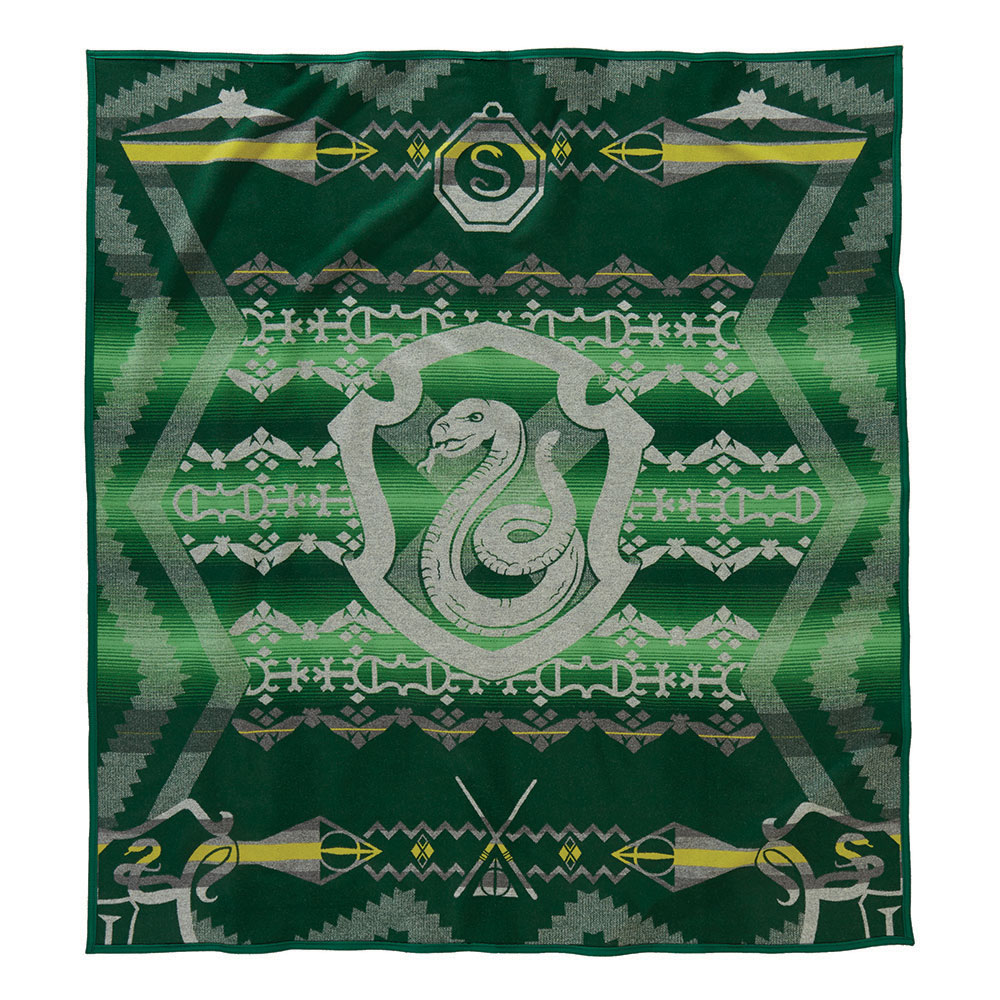 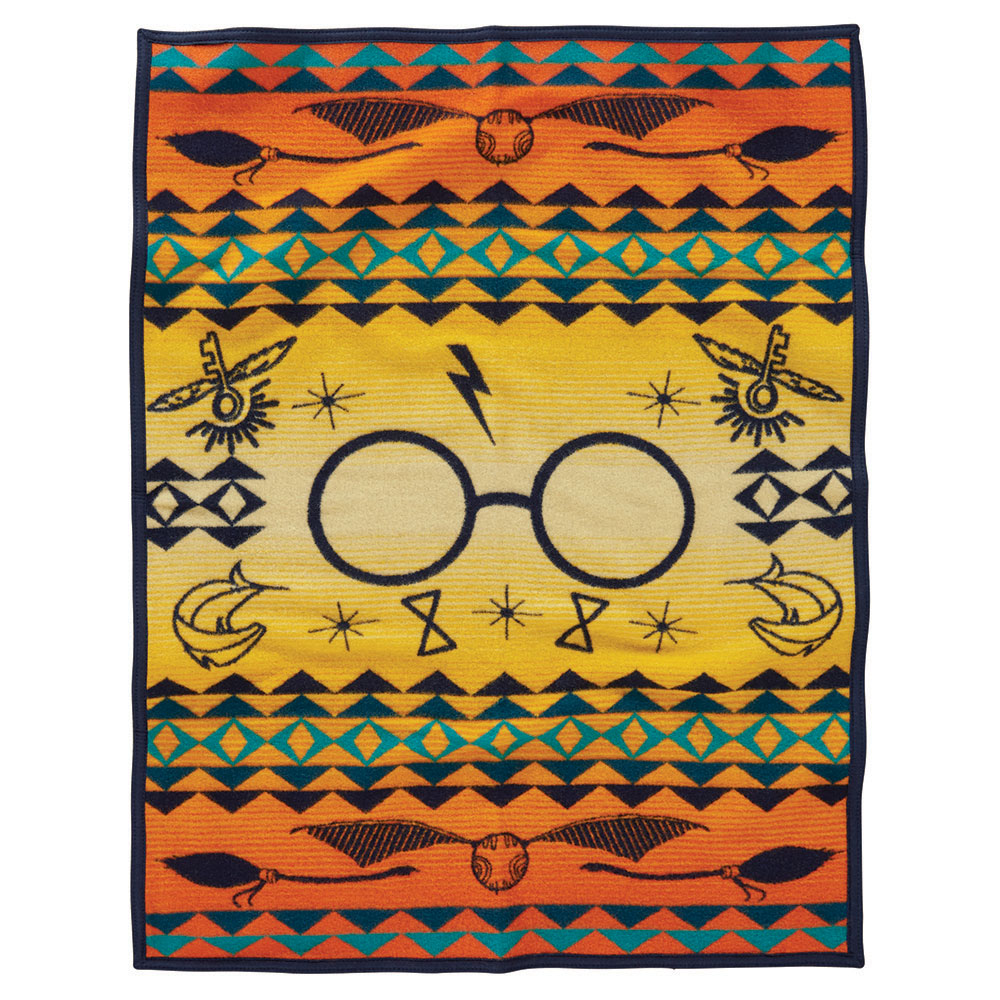 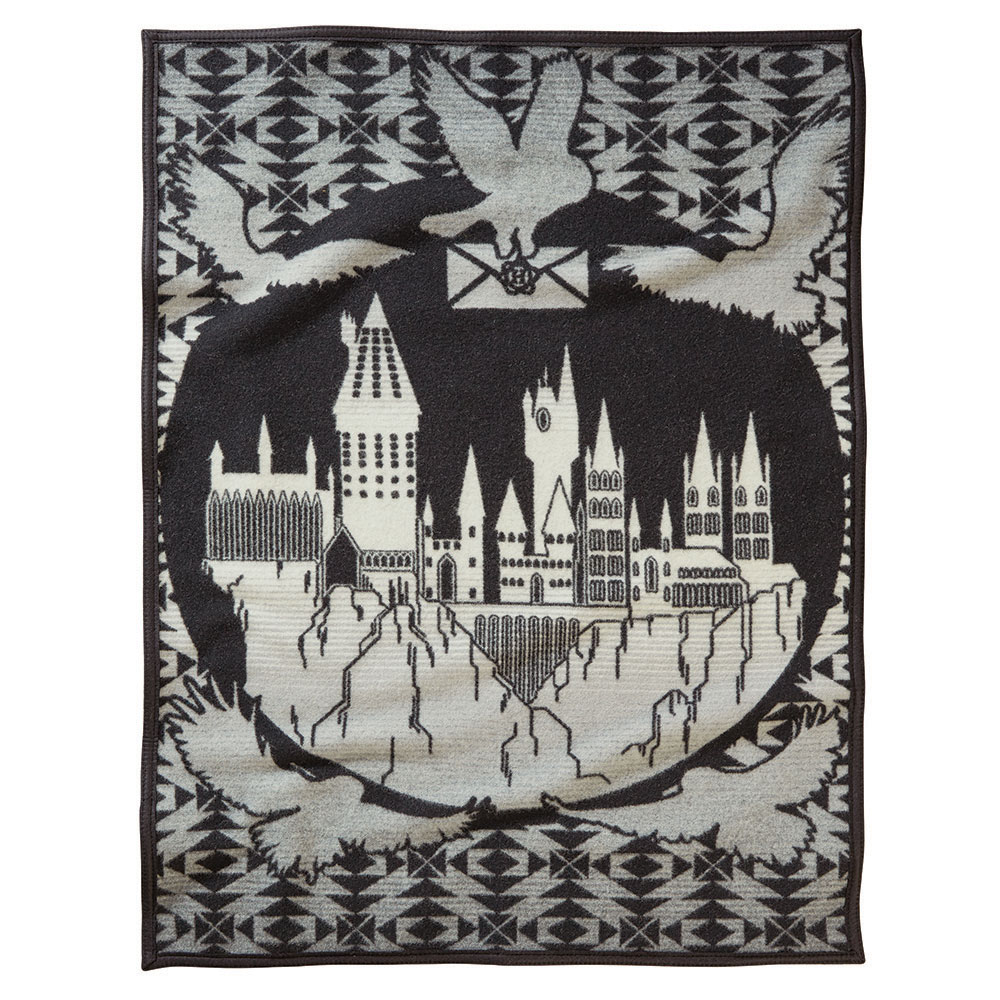 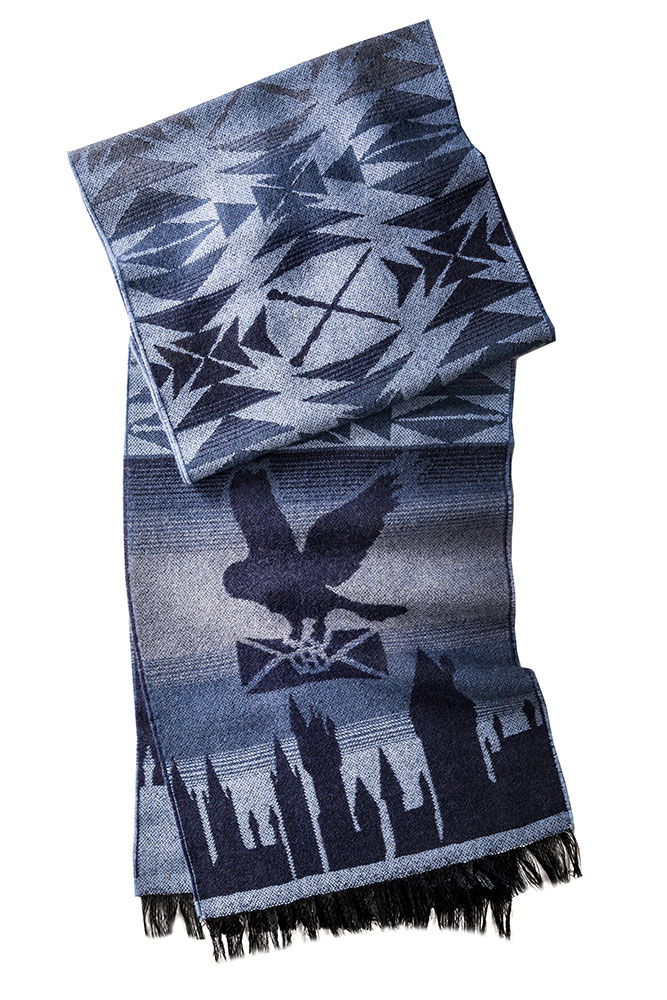 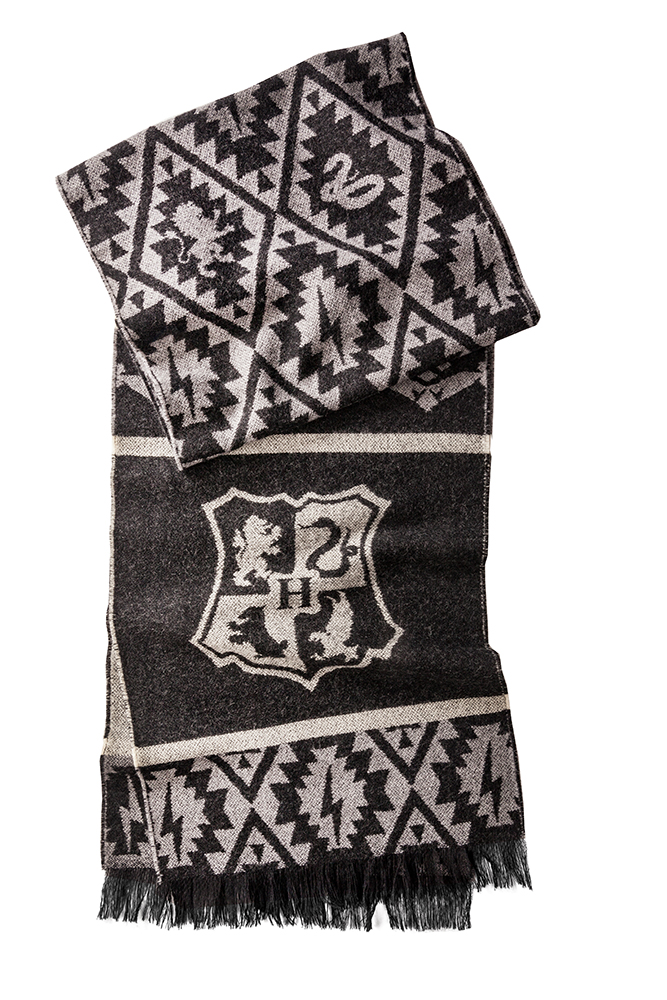 The House blankets are the stars of the show – each limited-edition, hand-numbered blanket measures 64” x 72” and retails for $299 (plus, they’re made in the USA!). The other two blankets measure 32” x 44” and retail for $99; while not limited editions like the House blankets, they are still made in the USA and may be a more affordable option for many fans. Both scarves retail for $79.50. More specific information about all the items can be found in the Press Release below.

PORTLAND, Ore. Oct. 27, 2017 – Pendleton Woolen Mills, in collaboration with Warner Bros. Consumer Products, announces the release of six new blankets and two scarves paying homage to the acclaimed Harry Potter series. To celebrate the much beloved wizarding world, Pendleton has woven a series of blankets that feature iconic symbols and memorable moments from the Harry Potter series that will warm all fans.

“Pendleton is known through its famed blankets, and we take pride in sharing the adventures of Harry Potter in heirloom quality, to be enjoyed by generations,” said Amanda Coppa, Home Merchandise Manager. “It has been a rich and special opportunity for Pendleton to work with Warner Bros. Consumer Products and create this unique tribute to the remarkable chronicles and characters from the Harry Potter series.”

The Hogwarts house blankets make up four of the six blankets in the collection; each blanket features the house crest and colors, a Horcrux, and a wand. When placed together they form the Hogwarts Crest. Each blanket is individually numbered as part of a limited-edition collection of blankets, including:

All four Hogwarts House blankets are:

Two additional blankets rounding out the collection specifically pay tribute to Harry and Hogwarts, and are available in a smaller children’s size.

Harry’s Symbols features glasses and his famous lightning bolt scar. The Golden Snitch and Harry’s broom are surrounded by triangles, while his glasses are framed by floating keys and feathers from lessons learned at Hogwarts.

Hogwarts Castle is surrounded by owls framing the castle with a Pendleton motif. One owl carries a letter with the iconic Hogwarts wax seal.

The two scarves in the collection, Messenger and Houses capture the Hogwarts school spirit and iconic owls. Available in two colors, each of the scarves emphasize symbols from the books and film.

Messenger features Hogwarts and an owl delivering a letter along with wands in a geometric pattern.

Houses highlights the Hogwarts Crest, patterns that features bats and Harry’s famous lightning bolt scar, and each of the house animals.

BLANKETS ARE AVAILABLE ONLY THROUGH PREORDER AND FOR A LIMITED TIME.

To purchase, call the Pendleton Home Store at 503.535.5444 or visit our website at pendeton-usa.com.

Setting the standard for classic American style, Pendleton is a lifestyle brand recognized worldwide as a symbol of American heritage, authenticity and craftsmanship. With six generations of family ownership, since 1863, the company celebrates 154 years of weaving fabric in the Pacific Northwest in 2017. Known for fabric innovation, Pendleton owns and operates two of America’s remaining woolen mills, constantly updating them with state-of-the-art looms and eco-friendly technology. Inspired by its heritage, the company designs and produces apparel for men and women, blankets and accessories, home décor and gifts. Pendleton is available through select retailers in the U.S., Canada, Europe, Japan, Korea and Australia as well as Pendleton stores, company catalogs and direct-to-consumer channels, including the Pendleton website: www.pendleton-usa.com

Warner Bros. Consumer Products (WBCP), a Warner Bros. Entertainment Company, extends the Studio’s powerful portfolio of entertainment brands and franchises into the lives of fans around the world. WBCP partners with best-in-class licensees globally on an award-winning range of toys, fashion, home décor, and publishing inspired by franchises and properties such as DC, J.K. Rowling’s Wizarding World, Looney Tunes and Hanna-Barbera. The division’s successful global themed entertainment business includes groundbreaking experiences such as The Wizarding World of Harry Potter and Warner Bros. World Abu Dhabi (opening 2018). With innovative global licensing and merchandising programs, retail initiatives, promotional partnerships and themed experiences, WBCP is one of the leading licensing and retail merchandising organizations in the world.

Pendleton is known through its famed blankets, and we take pride in sharing the adventures of ‘Harry Potter’ in heirloom quality, to be enjoyed by generations. It has been a rich and special opportunity for Pendleton to work with Warner Bros. Consumer Products and create this unique tribute to the remarkable chronicles and characters from the ‘Harry Potter’ series.

We’re thrilled to offer you the chance to WIN one of the scarves of your very own – all you have to do is enter using the Rafflecopter below. The giveaway runs from October 27 to November 3 at 11:59 p.m. and is open to US residents only. Good luck!